Read a character sketch of Fagin

Fagin is the patron of a gang of child thieves in London. He is vile, physically, morally, and spiritually, and he abuses and ruthlessly exploits the children he has recruited. He does not commit the crimes himself but trains and manages feral boys to do that. He is also a fence, as well as being a miser. He feeds the boys and gives them a place to sleep. They go out during the day and steal from people on the streets. Fagin is consistently portrayed as utterly despicable, and he ends up on the gallows.

Fagin is a Jew. Portrayed as repulsive, criminal, and narcissistic and frequently referred to by the narrator as “the Jew,” the character drew a great deal of comment. This led to the “anti-Semitic controversy.” Dickens was accused of being anti-Semitic. He defended himself by saying that in his experience the gangs of feral boys were invariably run by Jews in London and that he was simply creating a character modelled on them. That, of course, did not make it any easier for him, even though he actually edited the second half of the serial episodes and took out the references to Fagin as “the Jew.”

Although thoroughly evil and self-seeking, unlike Oliver, Fagin is not a one-dimensional character. Dickens gives him enough complexity to make him a real character. When he’s angry he can demonstrate a savage terrifying rage, but when things are going well his normal mode is to approach everything with humour, albeit a mocking, sarcastic humour. He is generally liked by the boys, who have given him the nickname “the merry old gentleman.”

Although hardened and cynical after a lifetime of crime, there are still some vestiges of humanity beneath Fagin’s grotesque exterior. He is still able to show some kindness towards Oliver, which he does quite frequently. On the night that he places Oliver in the Chertsey break-in, he stops himself from disrupting the boy’s sleep. The next day, he warns Oliver to watch out for Sikes who might do something to him.

Fagin is looked up to by the boys and also his adult criminal associates because of his superior experience and multiple criminal skills and talents. He is shrewd and much more circumspect than any of them. Some, like Sikes, brood, and others, like the boys, swagger and boast, all taking risks. Fagin understands the dangers of leading a life of crime, and that it requires prudence and vigilance. Appreciating the value and importance of teamwork he also cultivates a collegiate approach among the thieves,.

Fagin is capable of great self-control, and keeping a cool head, even when things seem to be collapsing around him and his gang. When he discovers that Nancy has met Mr Brownlow and betrayed them all, he calmly manoeuvres  Sikes into murdering her, at the same time cautioning him against making mistakes that could end up with his being hanged. His own survival is due to his cautious, ever-vigilant approach.

In spite of the criticism of this portrayal of a Jewish criminal Fagin is much more than a stock statement of ethnic prejudice. He is one of Dickens’ most richly painted characters, beloved of character actors, and played by some of the greatest British and American actors in the many adaptations that there have been. He is the definitive embodiment of villainy. He is so well drawn that he could pass for a child’s nightmare of a creature representing pure evil. Twice, Oliver wakes up to find Fagin nearby, while he is in the hazy zone between sleep and waking – the moment when dreams and nightmares are born from what the narrator calls “the mere silent presence of some external object.” Dickens means him to inspire nightmares in his readers.

Dickens, one of the greatest users of the English language, paints Fagin with such phrases as “loathsome reptile.” He has “fangs such as should have been a dog’s or rat’s.” Some characters refer to him in demonic terms as “the old one.” The nightmare that Fagin is intensifies when, in Chapter 52, the reader enters Fagin’s head for his “last night alive.” The gallows, and the fear they inspire in him, are horrifying, described in language that it would be difficult to transcribe in any of the many adaptations that continue to appear.

He is seen as sub-human, or rat-like, or demon-like, throughout.  Apart from the animal imagery, right after he finds out about Nancy’s conversation with Rose and Mr. Brownlow, for example, he “looked less like a man than some hideous phantom”, or when he’s in prison, when his face looks “more like that of a snared beast than the face of a man”

The final episode for Fagin shows the degree of Fagin’s alienation from society, and indeed from humanity itself. We see, through his eyes, the crowded courtroom as “a firmament all bright with beaming eyes.” People are just staring eyes, like in a nightmare or a horror film. He’s caught in a spotlight in which his sense of individuality is drowned by their “inquisitive and eager eyes.”

Later, when he looks into the crowd, “in no one face …could he read the faintest sympathy with him.” He has lost any humanity that he might once have had.

Even before the novel was published in book form there were allegations that Dickens was following anti-Semitic stereotypes in his portrayal of Fagin.

Jews are often portrayed as grotesque in English literature, going right back, and Fagin is without doubt the most grotesque of them. Dickens’ characters are always vivid, and in Oliver Twist Fagin is the most vivid character. He is not only morally, but physically grotesque.

The stereotype is that the Jew is inherently evil. Certainly, Fagin is evil, and the language associated with him includes beasts and the Devil. One may say that this particular criminal is a Jew and that his ethnicity or faith and his criminality are co-incidental. However, the novel’s narrator constantly refers to him as “the Jew,” regarding him as a type rather than as an individual named Fagin. The narrator doesn’t refer to other characters by their ethnicity or faith.

Times change, and such a book would not be published with that in it in these more sensitive times. The publisher would demand changes. Nevertheless, it was published by its Victorian publisher, and Dickens was taken to task with the question of why it is that a man with such a tender heart towards oppression – orphan children and heartless, cruel judicial punishments – should not take a more empathetic approach to that particular oppressed social group. Dickens explained that he had made Fagin Jewish because “it unfortunately was true, of the time to which the story refers, that that class of criminal almost invariably was a Jew.”

That shows that instead of reacting with horror to his own action in having created that character in that way, he was so embedded in the culture of his time that he couldn’t see it in the clear way that we see the issue today. In a letter to a friend Dickens wrote that by calling Fagin a Jew he had meant no imputation against the Jewish faith. “I have no feeling towards the Jews but a friendly one. I always speak well of them, whether in public or private, and bear my testimony (as I ought to do) to their perfect good faith in such transactions as I have ever had with them.”

He would not have been able to get away with that today. However, much to Dickens’ credit, given that he was a Victorian steeped in his culture, he took action on the matter. He halted the printing of the serial and edited the part of the text that had not been published so that Fagin is not referred to as “the Jew” from then on.

In Dickens’ last completed novel, Our Mutual Friend, there is a Jewish character, Riah, who is as thoroughly good as Fagin is bad. One could be excused for thinking that Dickens was trying to make up for what he had done in his treatment of Fagin.

That’s our Fagin character guide. Make sense? Any questions? Let us know in the comments section below! 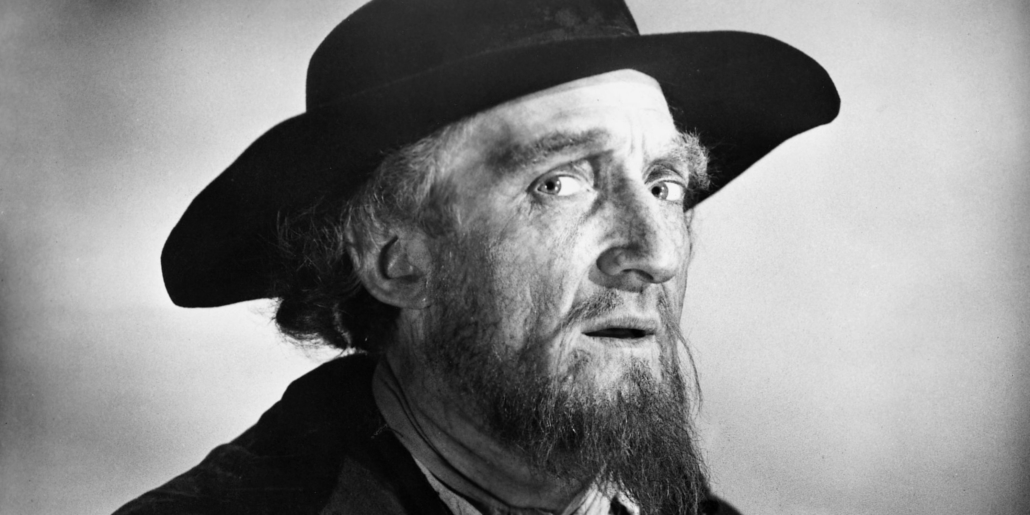