How does one account for a film’s popularity? In this case, we have a fictional film purportedly about an episode in the mysterious life of William Shakespeare, the most popular playwright of modern times.

Is that it? Or is it that Shakespeare in Love has the most glittering display of stars – all outstanding actors? Judi Dench’s Oscar for Best Supporting Actress for her performance as Queen Elizabeth (an appearance of precisely four minutes), bears witness to that, alongside top-notch performances from the films leads Gwyneth Paltrow and Joseph Fiennes. 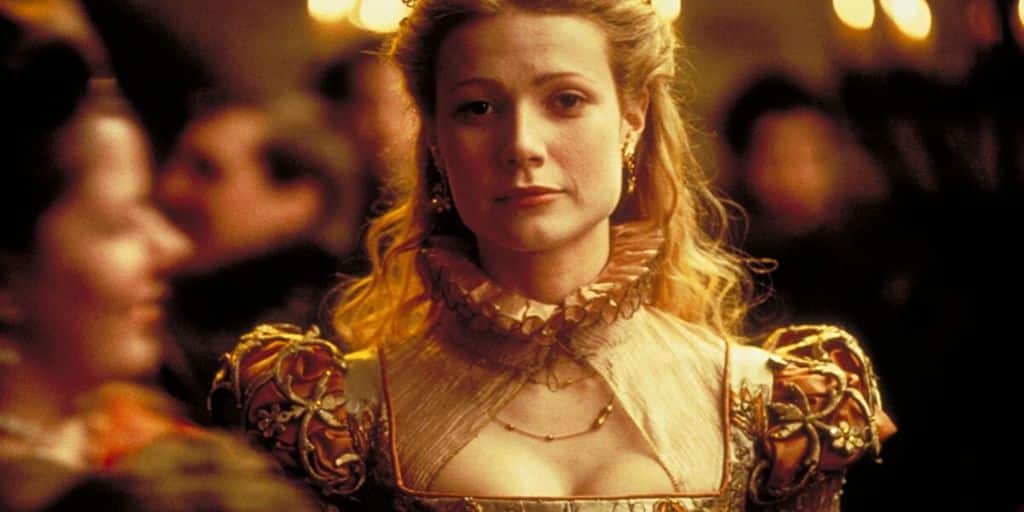 Is it that it has great ‘Elizabethan’ sets? Could it be that it’s a superior rom-com? That it has a plot that captures and holds the interest of the audience?

It is all those things, although many other films are just as good, just as appealing. It has a good edge on many other films though, in that the script, which won an Oscar too, was part – penned by top British playwright, Tom Stoppard, author of Rosencrantz and Guildenstern are Dead.

Shakespeare in Love is fast-moving, complicated while easy to follow, and emotionally satisfying. The text is full of Shakespeare’s poetry, carefully inserted to make it relevant to the action… most of the time! And the Shakespeare words used are carefully chosen for their particular beauty. Short bursts of verse, no long speeches.

You cannot, however, learn anything about Shakespeare’s life from this film as it’s pure fiction. There’s absolutely nothing of the real Shakespeare here – the young Will Shakespeare is an entirely fictional young writer having a fictional relationship with a fictional heroine.

The only thing we really know about the historic Shakespeare at work, so to speak, in those early years, is that he acted in plays and that he started writing plays, learning the trade, working with the experienced writers. These writers Shakespeare learned from were fuelling the highly lucrative theatre industry, furiously trying to meet the demand for plays. Despite this, we don’t know anything about his working method, how much was developed by the improvisation of actors, how the writing teams operated, or what hours he worked. But given his output, Shakespeare must have worked very hard at it, in an entirely male working environment. There was no place for women in the Elizabethan theatre.

In this Shakespeare in Love story the young Will is an autonomous, already successful, young playwright, struggling to find a way through with a romantic comedy he’s trying to write. He works for businessman and theatre entrepreneur, owner of the Rose Theatre, Philip Henslowe. A young woman, Viola, daughter of a wealthy merchant, disguised as a boy, auditions for a role in the play. She immediately attracts Will, even though he does not at that stage know she is a woman (a very Shakesperean plot). When in due course he discovers that she is really a she, they begin a secret love affair.

Things become complicated. Will is married with a child back in Stratford and Viola is being forced into a marriage with an impoverished nobleman. The usual misunderstandings and on and off contacts that one finds in all rom-coms – in fact in all romantic fiction – occur and it’s all resolved in the end. In this case, though, there’s no happy ending for the lovers, as Viola leaves for the colonies with her husband and Will goes on to write his next play.

As with all good Shakespeare works, the plot has another level. The play Will is writing is Romeo and Juliet, and its events are inspired by the events resulting from the love affair he is having with Viola. It is this level of Shakespeare in Love that is most enjoyable, with scenes from Romeo and Juliet being enacted both on the stage of the Rose and in the lives of the lovers. 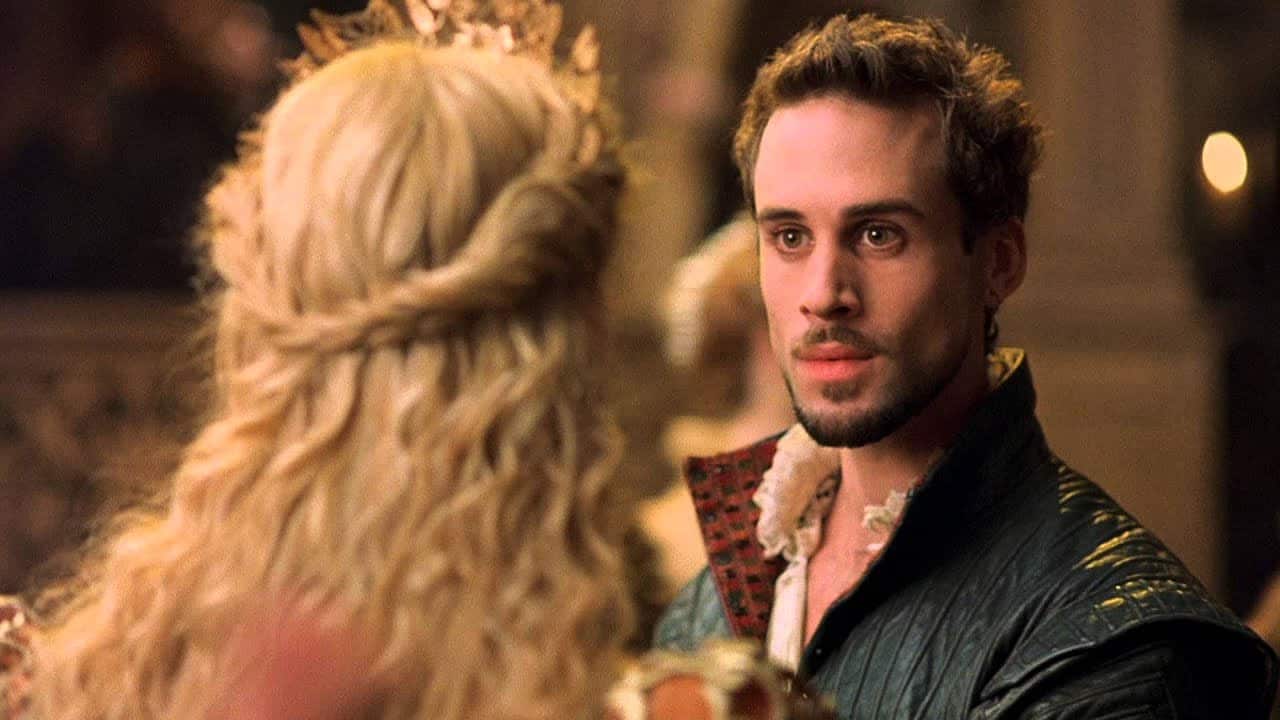 Apart from Viola, almost all the characters bear the names of real historical characters of the time in which the film is set. We have Queen Elizabeth, Philip Henslowe, Christopher Marlowe, Edward Alleyne, Will Kempe, Richard Burbage, John Webster, and others. None of them would be recognisable by any theatre or drama historians, however, as they are all created as fictional characters to service the fictional plot. For example, the Queen takes a personal interest in the affairs of minor characters and even appears in the audience at the theatre, something the historical Elizabeth never did. John Webster who, in real life, became a star writer of the generation after Shakespeare, writing the very violent The White Devil and The Duchess of Malfi, is portrayed as a sneaky child, snooping on the lovers, betraying Viola’s secret to the Master of the Revels, sitting in the gutter, playing with rats and visibly enjoying moments of violence in the play.

It would be impossible to single any of the actors out for particular praise as they are all superb. Many of them have gone on to develop or continue illustrious careers with several Oscar-winning performances among them.

Apart from the echoes of Romeo and Juliet, with its bedroom and balcony scenes, a witty nurse, star-crossed lovers, there are many other reminders of Elizabethan plays. A monarch disguised as a commoner is a frequent plot device in Elizabethan drama; cross-dressing and disguises are standard devices; there is a sword-fight, a ghost, a play-within-a-play. All these devices add to the mix of a strong Elizabethan feel to the film.

All in all, Shakespeare in Love is a highly enjoyable film with a superbly crafted script, superb acting, and well-executed on every level. It is the combination of those things that accounts for its huge popularity. Just don’t expect any insights about the real William Shakespeare’s life!

Have you watched Shakespeare in Love? Please let us know what you thought of it in the comments section below!