Want to know where Othello is set? Read on for all the details of this Venetian and Cypriot play, and see each Othello setting on the map below.

Shakespeare’s Othello is subtitled “The Moor of Venice”, and as such the play has a few scenes at the beginning set in Renaissance Venice. However, most of the play is set in Cyprus, in a selection of public places, and various places in and around a castle. In Shakespeare’s time, Cyprus was an island right on the edge of European territory  – a military post to keep an eye on the Turks, who were always ready to disrupt European trade and to fight them if necessary. Shakespeare has made the characters in Othello soldiers, and the setting in a military base is important as Shakespeare wants to make the army the play’s context.

Planning a trip to Venice or Cyprus?

Are you planning on following in Shakespeare’s footsteps with a trip to Venice? We’ve pulled together some of the very best Venice resources from travel writers and bloggers below to help you enjoy your trip:

The World Pursuit advise on the best times to visit Italy.

How to visit Venice’s lagoon islands, courtesy of Kali Travel.

An itinerary for 3 days in Venice from Pip And The City.

The perfect Cyprus road trip itinerary, shared by Out Of Your Comfort Zone.

Know of any more great Venice travel resources? Let us know in the comments section below! 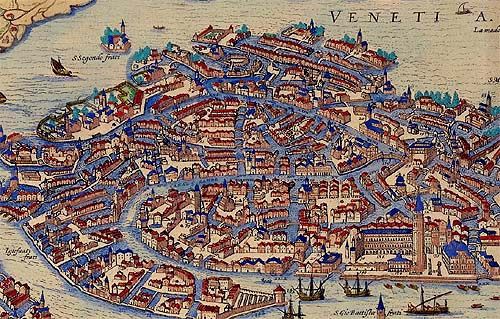