Here is a short Pericles summary:

Pericles, the Prince of Tyre, flees Antioch and goes back to Tyre, because he knows that Antiochus, the King of Antioch, is having an incestuous affair with his daughter. Antiochus is determined to kill him and pursues him. Pericles flees again, first to Tyre and then to Pentopolis. He leaves Tyre in the care of his counsellor, Helicanus. En route, the ship is wrecked and Pericles is the only survivor.

While in Pentopolis, Pericles wins a tournament where the prize is Thaisa, the beautiful daughter of Simonides. They fall in love and Pericles marries her. Soon after that, the news arrives that Antiochus is dead: also that the people of Tyre want their prince to return to them. Thaisa is pregnant now, and on the way to Tyre a storm at sea brings about the birth of her child, whom Pericles calls Marina. Thaisa apparently dies in childbirth. The grieving Pericles seals her in a watertight coffin and buries her at sea.

The coffin floats on the sea and finally ends up on the coast of Ephesus. Cerimon revives Thaisa. She mistakenly believes that Pericles has been lost at sea and she commits herself as a votress (a nun) in the Temple of Diana. In the meantime, Pericles has visited Tarsus and left Marina with Cleon, the governor of Tarsus, and his wife, Dionyza, who have undertaken to raise her.

There is then a sixteen year gap in the action. Marina is now a beautiful young woman. Dionyza is jealous of her and makes up her mind to have her killed. She instructs a servant to take her out in a ship and murder her, but before he can do that she is captured by pirates. The servant returns and tells Dionyza that he’s killed her. Cleon builds a monument to her.

When Pericles visits Tarsus he sees the monument and falls into a pit of despair. In the meantime, the pirates have sold Marina to a brothel in Mitylene but she is almost immediately freed by the governor, Lysimachus.

Pericles arrives in Mitylene and encounters her. He talks to her without at first knowing who she is. He soon recognises her, however, and there is a joyful reunion. Lysimachus proposes to Marina and she accepts him. Pericles then has a dream in which he is instructed to go to Ephesus. He goes and takes Marina with him. When they arrive they meet Thaisa, who is now the head priestess of Diana, and the family is happily reunited.

And that’s a quick Pericles summary. What are your thoughts – anything unclear, or missing? Please let us know in the comments section below. 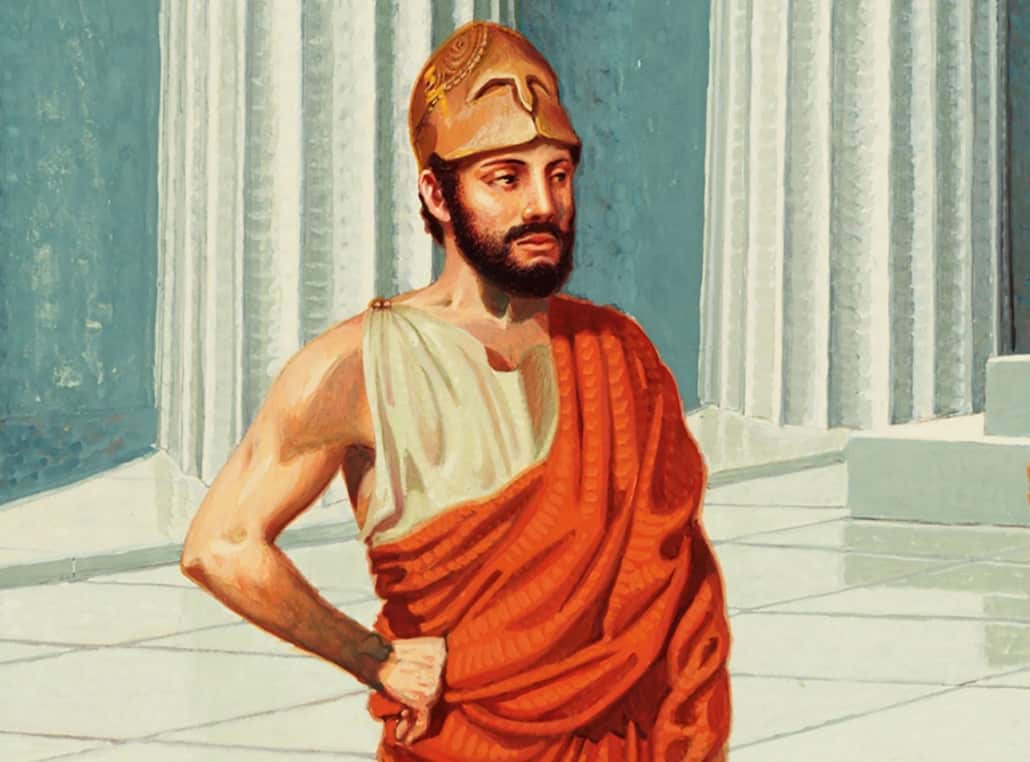 A portrait of Shakespeare’s Pericles