The Greek king, Agamemnon, and his brother Menelaus, together with their counsellors, Ulysses and the aged Nestor, are camped outside the Trojan walls. The problem is that the great military hero, Achilles, is sulking in his tent, refusing to fight, and talking only to his friend, Patroclus.

In Troy itself, King Priam and his sons, the general, Hector and his brother Paris, whose theft of Menelaus’ wife, Helen, had started the war seven years before, are arguing. Their priestess sister, Cassandra, prophesies destruction for all while their younger brother Troilus is not paying attention to the conflict, as he has met and fallen in love with Cressida, whose father, Calchas, has defected to the Greek camp.

Cressida’s uncle, Pandarus, assists the lovers to consummate their union but on the same night there is an exchange of prisoners and despite her protests Cressida is sent to join her father in the Greek camp, swearing eternal loyalty to Troilus.

A challenge from Hector is answered by the Greek hero, Ajax, but Hector withdraws as Ajax is related to his family.

In the Greek camp, Cressida is pursued by Diomedes. She is confused by what has happened and believes that she’ll never see Troilus again. Not knowing that Troilus has secretly left Troy to seek her, she responds to Diomedes. Troilus and Ulysses overhear their encounter, and Troilus realises that his love has turned against her vows of faithfulness, and he returns to the city to fight more determinedly against the Greeks.

In the final battle Hector kills Patroclus, and Achilles is finally provoked by this death to join the fighting. At first, overcome briefly by Hector, but spared, Achilles succeeds in trapping the great champion, and Hector, unarmed, is slaughtered by Achilles’ troop of thuggish soldiers, the Myrmidons. Troilus swears revenge for his brother’s death, and mourns the end of his innocence with the loss of his beloved Cressida.

And that’s a quick Troilus and Cressida summary. What are your thoughts – anything unclear, or missing? Please let us know in the comments section below. 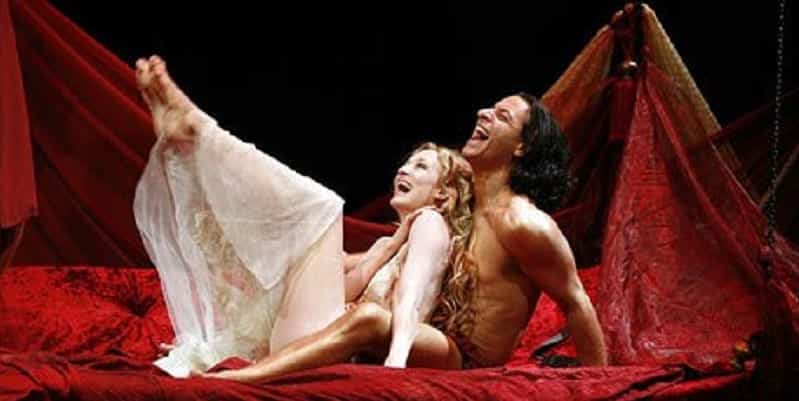 Troilus and Cressida on stage, with Rachel Pickup and Adam Levy