Want to know more about Shakespeare comedies? Then read on…

Traditionally Shakespeare play types are categorised as Comedy, History, Roman and Tragedy, with some additional categories proposed over the years. Shakespeare comedies (or rather the plays of Shakespeare that are usually categorised as comedies) are generally identifiable as plays full of fun, irony and dazzling wordplay. They also abound in disguises and mistaken identities, with very convoluted plots that are difficult to follow with very contrived endings.

Any attempt at describing Shakespeare’s comedy plays as a cohesive group can’t go beyond that superficial outline. The highly contrived endings of most Shakespeare comedies are the clue to what these plays – all very different – are about.

Take The Merchant of Venice for example – it has the love and relationship element. As is often the case, there are two couples. One of the women is disguised as a man through most of the text – typical of Shakespearean comedy – but the other is in a very unpleasant situation – a young Jewess seduced away from her father by a shallow, rather dull young Christian. The play ends with the lovers all together, as usual, celebrating their love and the way things have turned out well for their group. That resolution has come about by completely destroying a man’s life.

The Jew, Shylock is a man who has made a mistake and been forced to pay dearly for it by losing everything he values, including his religious freedom. It is almost like two plays – a comic structure with a personal tragedy embedded in it. The ‘comedy’ is a frame to heighten the effect of the tragic elements, which creates something very deep and dark.

Twelfth Night is similar – the humiliation of a man the in-group doesn’t like. As in The Merchant of Venice, his suffering is simply shrugged off in the highly contrived comic ending.

Not one of Shakespearean comedy, no matter how full of life and love and laughter and joy, it may be, is without a darkness at its heart. Much Ado About Nothing , like Antony and Cleopatra (a ‘tragedy’ with a comic structure), is a miracle of creative writing. Shakespeare seamlessly joins an ancient mythological love story and a modern invented one, weaving them together into a very funny drama in which light and dark chase each other around like clouds and sunshine on a windy day, and the play threatens to fall into an abyss at any moment and emerges from that danger in a highly contrived ending once again.

Like the ‘tragedies’ Shakespeare comedies defy categorisation. They all draw our attention to a range of human experience with all its sadness, joy, poignancy, tragedy, comedy, darkness and lightness. Below are all of the plays generally regarded as Shakespeare comedy plays.

Early Greek comedy was in sharp contrast to the dignity and seriousness of tragedy. Aristophanes, the towering giant of comedy, used every kind of humour from the slapstick through sexual jokes to satire and literary parody. Unlike tragedy, the plots didn’t originate in traditional myth and legend but were the product of the writer’s creative imagination. The main theme was political and social satire. Over the centuries comedy moved away from those themes to focus on family matters, notably a concentration on relationships and the complications of love. Such a universal theme was bound to survive and, indeed, it has travelled well, from Greece through Roman civilization and, with the Renaissance preoccupation with things classical, into Renaissance Europe, to England and the Elizabethans, and into the modern world of the twentieth and twenty-first centuries, where we see Greek comedy alive and well in films and television. 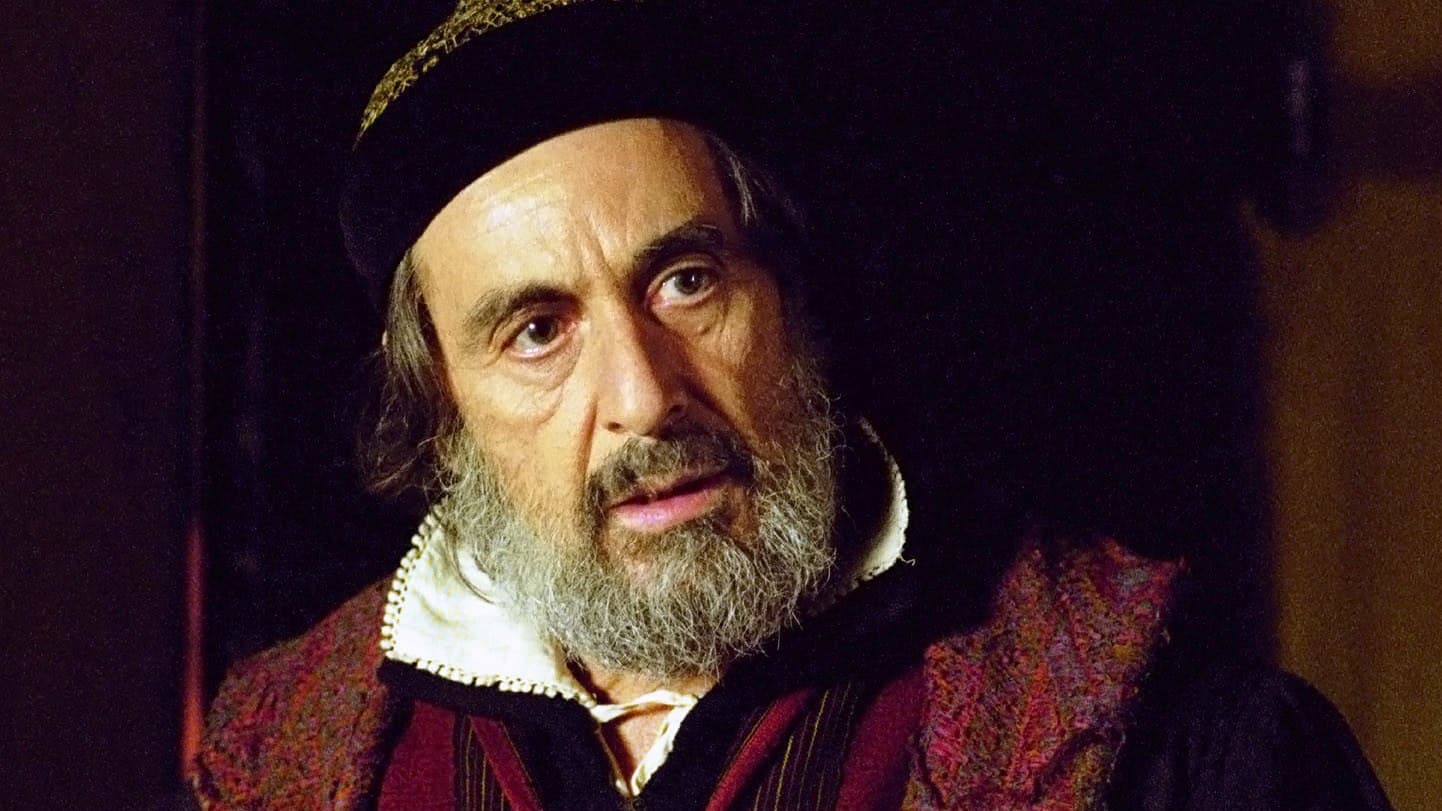 Shylock in Shakespeare comedy play The Merchant of Venice