Traditionally Shakespeare play types are categorised as Comedy, History, and Tragedy, with some additional categories proposed over the years – including ‘tragicomedy’

A tragicomedy is a play that is neither a comedy nor a tragedy, although it has the features of both. Tragedies are usually focused almost exclusively on the central character, the tragic hero (although Shakespearean tragedies can sometimes be a double tragedy, with two tragic heroes, like Romeo and Juliet). The audience has insights into his mind and goes deeply in, as with Macbeth or Hamlet. Tragicomedy plays tend to include some of the most tragic Shakespeare plots.

Comedy plays, on the other hand, remove that focus whilst the concerns are diversified so that the action is made up of the stories of several characters, particularly pairs of lovers. The shadows in human emotions are usually minor in the comedies: they are such things as misunderstandings, playful deceptions and so on.

Whilst plays that fall between these two stools of tragedy and comedy are generally referred to as Shakespeare’s tragedies, they are sometimes referred to as ‘Problem plays’, making the whole area of play classification something of a grey area.

What Are Shakespeare’s Tragicomedy Plays?

The Merchant of Venice can be seen as a tragicomedy. It has a comic structure but one of the central characters, Shylock, looks very much like a tragic character. The play has a comedy ending with the lovers pairing off but we are left with taste in the mouth of the ordeal of Shylock, destroyed by a combination of his own faults and the persecution of the lovers who enjoy that happy ending. The feeling at the end of the play is neither joy nor misery. The play has a decidedly comic structure but there is also a powerful tragic story. It can, therefore, be called a tragicomedy.

Shakespeare’ tragicomedies usually have improbable and complex plots; characters of high social class; contrasts between villainy and virtue; love of different kinds at their centre; a hero who is saved at the last minute after a touch-and- go experience; surprises and treachery. The Winter’s Tale and Cymbeline are two plays that fit that tragicomical pattern. 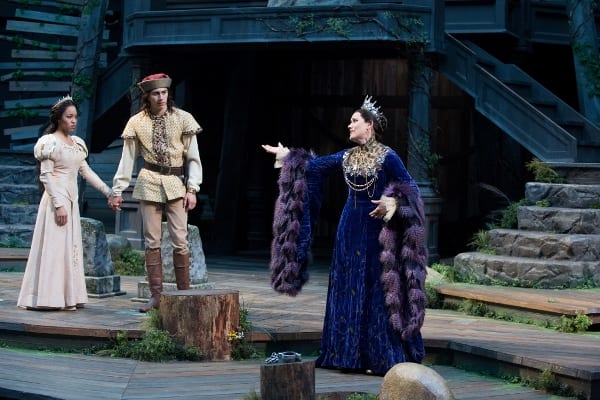