‘My Kingdom For A Horse’, Meaning & Context

‘My kingdom for a horse’ is a quotation from act 5, scene 4 of Shakespeare’s Richard III, At the end of the play Richard has lost his horse on the battlefield and we see his extreme frustration. Richard’s opponent, Richmond, has sent men out on to the battlefield as decoys, dressed like him. Richard has killed five of them but Richmond himself has eluded him and is now hunting him down.

Richard has done well without a horse but has no chance now with Richmond closing in on him. Richard’s ally, Catesby, tries to help him. The dialogue between the two of them goes:

King Richard: A horse, a horse! My kingdom for a horse!

Catesby: Withdraw, my lord: I’ll help you to a horse.

King Richard: Slave! I have set my life upon a caste,
And I will stand the hazard of the die,
I think there be six Richmonds in the field;
Five have I slain instead of him.
A horse, a horse! My kingdom for a horse!

Those are the last words of Richard as he dies on the battlefield. He has lost his horse, which was a vital component of a fighter’s equipment in medieval times. Leading up to that he rushes about the battlefield killing everyone he meets, shouting, “A horse, a horse! My kingdom for a horse!”

The idea of a king wanting a horse so badly that he would give his whole kingdom for one is an overstatement, and ‘My kingdom for a horse’ is a now very well-known quotation. It’s meaning refers to being prepared to give anything for some small thing one needs above all else. Because the phrase refers specifically to a horse it is not often used but is the concept behind such sayings as “I would give my right arm for a drink right now,” or “I would give a month’s pay for some shade,” – modifying Shakespeare’s line for one’s own circumstances. The phrase is so striking and memorable that it’s become one of Shakespeare’s most recognisable quotes.

Material objects around us in our lives are many and variable. Any one of those things could be either significant or insignificant at different times. A horse may be almost meaningless to a king in a time of peace, but indispensable in a battle. Without one he faces defeat and even death. We find the shifting significance of things in our lives, too, and that’s what really makes it such a universal phrase.

‘My kingdom for a horse’ is the last we hear from the pathetic, villainous Richard III. Richmond finds him, they fight and Richmond kills him and becomes the first Tudor monarch, Henry VII. 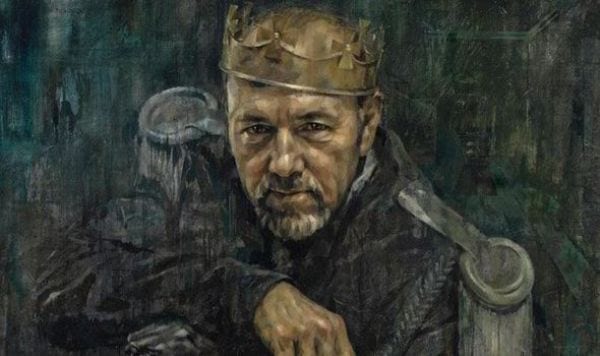