Meaning of “a tower of strength”

This is a very common idiom in English, used all around the English-speaking world to refer to someone who is reliable and supportive to oneself, especially in times of trouble. The term has a strong religious association: it was originally reserved for God in the Bible. For example:

“You have been my refuge, a tower of strength against the enemy”
(Psalm 61:3)

It later became more strongly associated with religious faith in general. In his poem, Ode on the Death of the Duke of Wellington, 1852, Tennyson compared Wellington with God in the line:

“O fall’n at length that tower of strength”

Usage of “a tower of strength”

Some example sentences using the idiom”a tower of strength”: 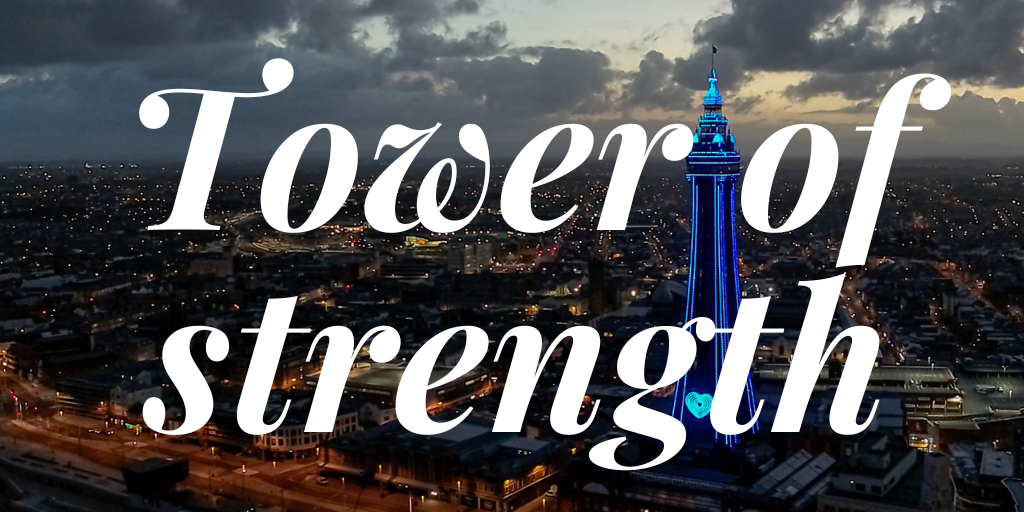 Origin of “a tower of strength”

It was Shakespeare who took the term and used it in a way that encouraged it to be employed outside religion, and from there it became the common idiom that it has become, widely and frequently used to refer to someone one can completely depend on. It appears in Shakespeare’s play, Richard III (Act 5 Scene 3):

Richmond: Up with my tent! Here will I lie tonight—
But where to-morrow? Well, all’s one for that.
Who hath descried the number of the traitors?

Norfolk: Six or seven thousand is their utmost power.

King Richard: Why, our battalia trebles that account!
Besides, the King’s name is a tower of strength,
Which they upon the adverse faction want.

As the villainous King Richard III prepares to battle the forces of the Earl of Richmond (later Henry VII), he pitches his tent on Bosworth Field and banishes thoughts of possible defeat. Despite the superiority of his forces—three times as many as Henry’s – his confidence, however, is shaken At least, he assures himself, he has “the King’s name,” which ought to wield force no matter how brutal and corrupt the king may be. “The King’s name is a tower of strength”—strong, tall, and unassailable.

However, even before Shakespeare, and possibly even the Psalms, the phrase appears in the ancient Greek poet, Homer’s Odyssey of 800 BCE.

“When I saw him I tried to pacify him and said, ‘Ajax, will you not forget and forgive even in death, but must the judgment about that hateful armour still rankle with you? It cost us Argives dear enough to lose such a tower of strength as you were to us. We mourned you as much as we mourned Achilles son of Peleus himself, nor can the blame be laid on anything but on the spite which Zeus bore against the Danaans, for it was this that made him counsel your destruction – come here, therefore, bring your proud spirit into subjection, and hear what I can tell you.’”

And so, although we think of “a tower of strength” as something Shakespearean – which in a sense it is – it is more complex than that.

“Tower of Strength” in popular culture

Burt Bacharach and Bob Hilliard wrote the song Tower of Strength – a song, which appeared on the  1961 album Tower of Strength by the Johnny Mann singers. The song reached No. 5 on both the US Billboard chart and the R&B chart in 1961.

That was followed by a version of the song by Frankie Vaughan who released a single that peaked at No. 1 on the UK Singles Chart also in 1961. In the same year Gary Glitter released a version as a single, which became a major hit. In 1961, too. Gloria Lynne released a song entitled You Don’t Have to Be a Tower of Strength in response to Garry Glitter’s version. Those songs were followed in the next decade by a version from, Sue Richards and Canadian, Narvel Felts, and in 2010, Portuguese singer, Aurea, included her version in her debut album, Aurea.

The Tower of Strength is a central feature of the action-adventure game, God of War, created by David Jaffe at Sony’s Santa Monica Studio. Players have to make their way through the obstacles and dangers to the Tower of Strength (ToS). Killing the ToS lord completes the quest, and whoever manages that is the winner.