The Merchant of Venice Quotes

Read our selection of the very best quotes from The Merchant of Venice, along with the speaker, act, and scene.

As with so many of his plays, Shakespeare brings his characters to life in the play with lots of intense monologues and dialogue, and some memorable quotes even 400 years after they were first performed. Read on below for the most significant and well-known quotes from The Merchant of Venice. It may help your understanding of the context of these quotes if you check out our short summary of The Merchant of Venice.

“I hold the world but as the world, Gratiano,
A stage where every man must play a part,
And mine a sad one.”

“You speak an infinite deal of nothing.”

“If to do were as easy as to know what were good to do, chapels had been churches, and poor men’s cottages princes’ palaces.”

“God made him, and therefore let him pass for a man.”

“How like a fawning publican he looks!
I hate him for he is a Christian.”

“If I can get him once upon the hip,
I will feed fat the ancient grudge I bear him.”

“The devil can cite Scripture for his purpose.”

“Mislike me not for my complexion,
The shadowed livery of the burnished sun.”

“It is a wise father who knows his own child.”

“But love is blind, and lovers cannot see
The pretty follies that themselves commit.”

“All that glisters is not gold;
Often have you heard that told:
Many a man his life hath sold
But my outside to behold:
Gilded tombs do worms enfold.”

“Young in limbs, in judgement old.”

“The portrait of a blinking idiot”

“Let him look to his bond.”

“The quality of mercy is not strained,
It droppeth as the gentle rain from heaven
Upon the place beneath. It is twice blest:
It blesseth him that gives and him that takes. “

“How far that little candle throws his beams!
So shines a good deed in a naughty world.”

“I am never merry when I hear sweet music “

“The man that hath no music in himself, Nor is not moved with concord of sweet sounds, Is fit for treasons, stratagems, and spoils; The motions of his spirit are dull as night, And his affections dark as Erebus. Let no such man be trusted. Mark the music.”

Are we missing any great The Merchant of Venice quotes? Let us know in the comments section below. 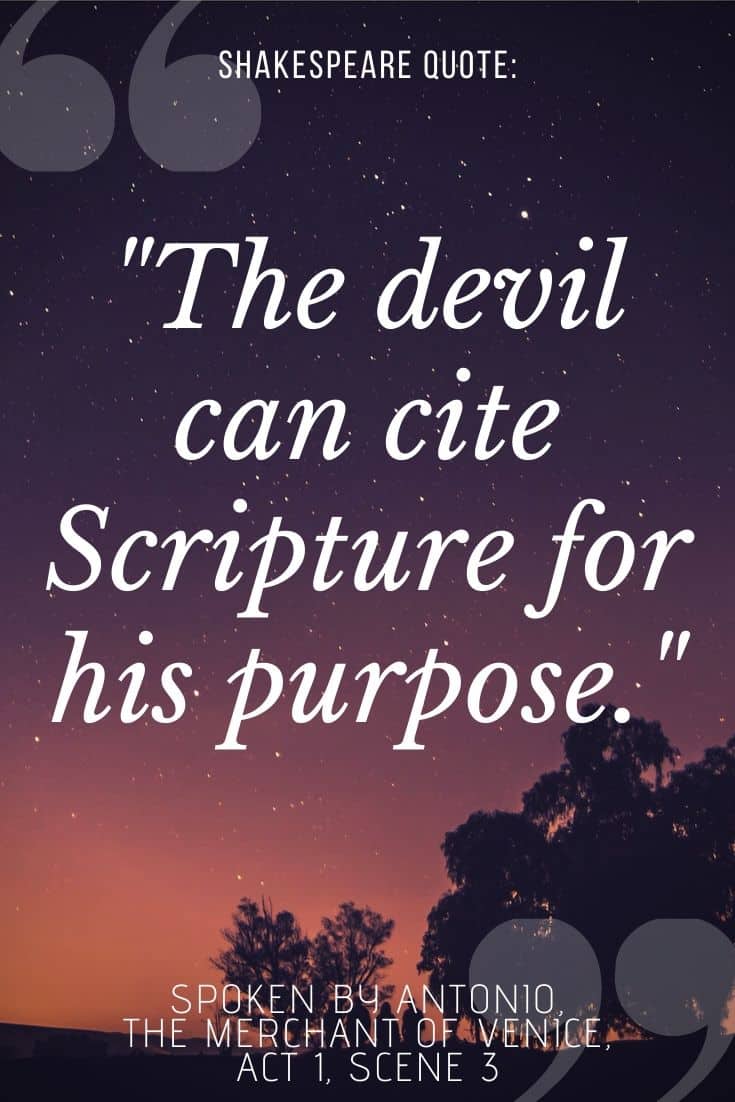 Read more about Shakespeare’s The Merchant of Venice play