The Richard II play is set in England and Wales during the reign of Richard II (1367 – 1400). There are various locations – London, Coventry, the Cotswolds, Berkely, Barkloughly, Bristol and Yorkshire. See map of Richard II settings

Main characters in Richard II: Richard is a cultured and charming man but a failure as King. He believes in his divine right to rule but is unable to exercise authority due to his bad judgment and inability to see that the doctrine of the divine right of kings is no excuse for bad government.

Henry Bolingbroke, Duke of Hereford, son of John of Gaunt, and cousin of the King, becomes Duke of Lancaster on his father’s death. After having been one of the King’s most loyal supporters, he finally decides that Richard has to be deposed and, gathering his own supporters, does that and becomes Henry IV of England.

John of Gaunt is a wealthy, powerful royal Duke – uncle of Richard and father of Bolingbroke. The Duke of York is one of Richard’s most loyal supporters but eventually, after seeing that Richard’s case is hopeless, switches his allegiance to Bolingbroke.

Mowbray, Duke of Norfolk, is accused of treason by Bolingbroke.  Mowbray challenges him to a duel but Richard cancels it and banishes both of them.

The Duke of Aumerle, the son of York, involves himself in a conspiracy against Bolingbroke.

Queen Isabel is ignored by her husband who spends all his time with the spongers and flatterers, Bushy and Green. (In actual history, Isabel was a nine year-old child when Richard was deposed.) See a full list of characters in Richard II.

Richard II themes: The themes of this play are such things as patriotism, loyalty, and different attitudes to them. Family loyalties are particularly scrutinised. The concept of the divine right of kings is examined and found to be flawed. The idea that it could be violated would have been quite shocking to many Elizabethans and a play like this would have made the monarch nervous. 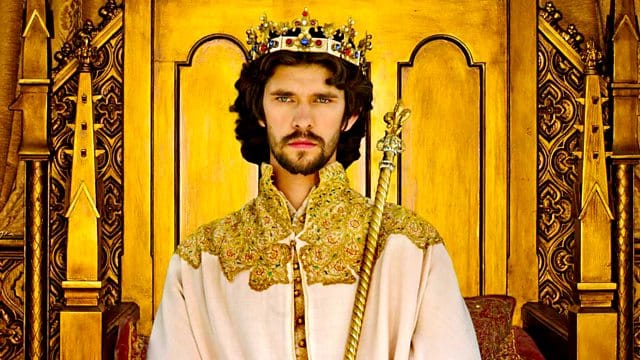