You are here: Home1 / Stratford Upon Avon Things To Do2 / Mary Arden’s Farm, Wilmcote

5km from Stratford is Wilmcote, the village where William Shakespeare’s mother, Mary Arden, grew up on a farm – Mary Arden’s Farm, as it’s now known.

Shakespeare’s maternal grandfather was a wealthy farmer who had 80 acres of land in Wilmcote and more in Snitterfield, which he rented to Richard Shakespeare, William’s paternal grandfather. This is no doubt how Wiliam’s parents met – through their own father’s working relationship. Mary was the youngest of eight sisters and married John Shakespeare around 1557 when she was 20 years old.

William Shakespeare would have spent time as a boy on the farm in Wilmcote where his step-grandmother Agnes Arde lived. It’s likely that as a newborn his mother brought William to the farm to get him out of the way of the 1564 outbreak of plague that swept through Stratford. Then as he grew up he would have visited the farm regularly to help out with the animals, and also to enjoy time playing in the countryside. 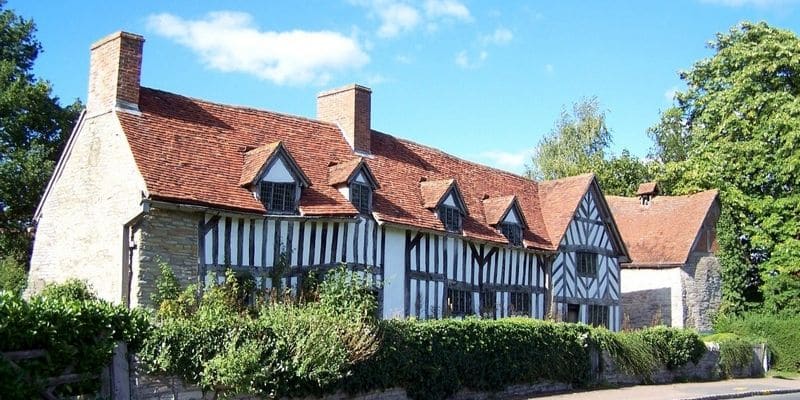 Mary Arden’s Farmhouse from the roadside

Built by Mary’s father, Robert Arden, around 1514 Mary Arden’s Farm has been significantly altered over the years. It has lost much of its original timber framing and is now essentially a Victorian farmhouse. However, the neighbouring Palmer’s Farmhouse retains much of its original 16th century structure and gives an authentic idea of what a Tudor farmhouse would have looked like, inside and out.

Aside from the opportunity to look around both Palmers’ farmhouse and Mary Arden’s farmhouse, a visit to Mary Arden’s Farm allows you to experience Tudor country life as Shakespeare would have known it. The farm is run as a working Tudor farm, with different activities happening through the day that Shakespeare and his mother would have been involved in when they were alive – from feeding and caring for the animals, to experiencing Tudor dining.

The large grounds house a wonderful variety of many rare breeds of farm animals such as Ryland, Norfolk Horn, Portland and Cotswold sheep, Arapawa goats, Gloucester cows and Manglalitza pigs, plus horses and donkeys. Activities at the farm include geese herding, animal feeding, archery, a wooden children’s adventure playground, and even an interactive Tudor mealtime display where you can learn your Tudor table manners. There are also various birds of prey – including owls, hawks and falcons – with the popular Tudor pastime of falconry on display. 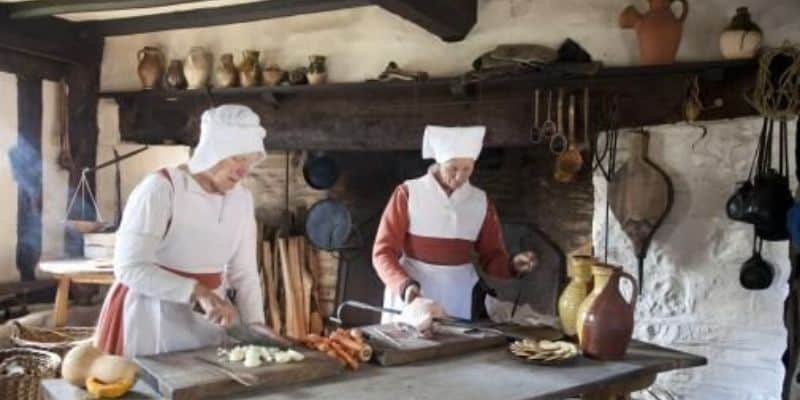 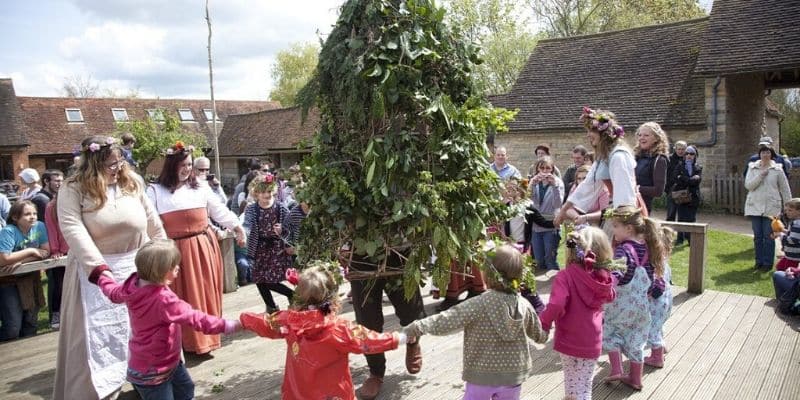 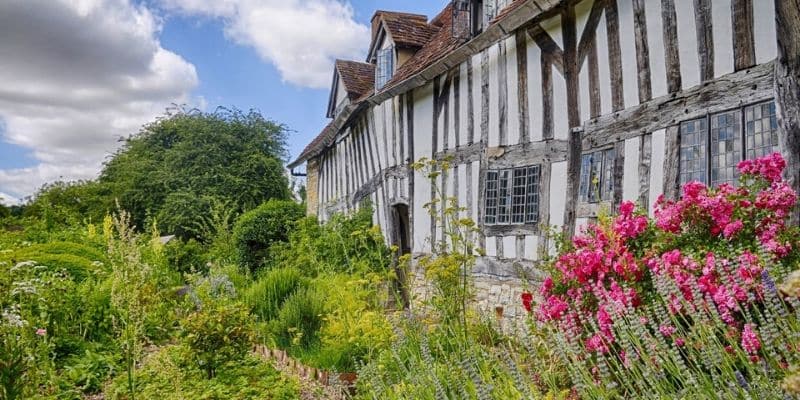 Have you been to Mary Arden’s Farm and have any tips for other visitors? If so, please let us know in the comments section below!