You are here: Home1 / Timon of Athens Play: Overview & Resources

Shakespeare’s Timon of Athens play is set in and around ancient Athens. Read more about Timon Of Athens settings.

Genre classification: Timon of Athens is generally regarded as one of Shakespeare’s Tragedy plays.

Main characters in Timon of Athens: Timon is a wealthy and generous Athenian. The society in which he lives is corrupt – full of mean, selfish and hypocritical people. When he loses all his money the friends to whom he has been so generous, abandon him. He leaves the city and goes to live in the woods where he finds a crock of gold, which he uses to ruin his betrayers.

Alcibiades is a young Athenian Captain and loyal friend to Timon. He is exiled and vows, also, to bring society to its knees, which he succeeds in doing.

Apemantus is a cynical philosopher who is a hater of mankind. Timon disagrees with him at first but after his friends let him down he agrees with him.

Flavius is Timon’s faithful servant, who goes with him to the woods. See a full list of characters in Timon of Athens.

Timon of Athens themes: You can’t buy friendship is the main theme of this play. The love of money is a great cause of the unhappiness. This is demonstrated throughout the play, where most of the characters have an overblown concern for money, which brings out the worst in them. Hatred is a corrosive and brutalising force. The contrast between appearance and reality is shown in the deception all around. 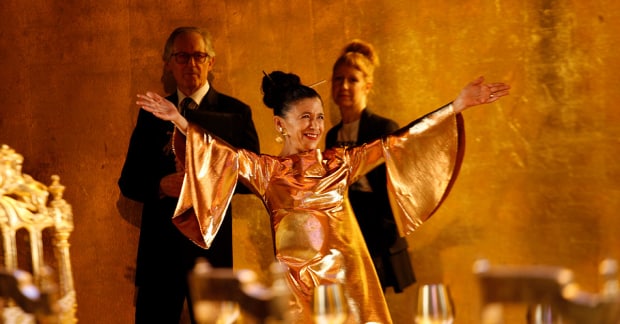