The Two Noble Kinsmen is a late play for Shakespeare and a collaboration with John Fletcher, one of the major dramatists of the Jacobean period. There are three main sources for The Two Noble Kinsmen. The story is very strongly based on Chaucer’s The Knight’s Tale. The writers also used John Lydgate’s ‘Siege of Thebes. Some of the speeches and also the manner of Arcite’s death seem to come from Boccaccio’s Teseide. The first known performance of the play was in 1614.

Genre classification: The Two Noble Kinsmen has traditionally been classified as a comedy but classification is difficult and it is often referred to as a tragicomedy.

Setting: The Two Noble Kinsmen is set in Athens and the surrounding woods. The time is the age of the ancient Greek myths, but the action suggests the medieval chivalric time. Unrooted in a specific time, and also full of Jacobean cultural elements the play has a timeless atmosphere, much like a fairy tale.

The Two Noble Kinsmen Themes: Love can lead to enmity between friends; the virtues of gallantry; friendship and goodwill triumph over rivalry and hatred. 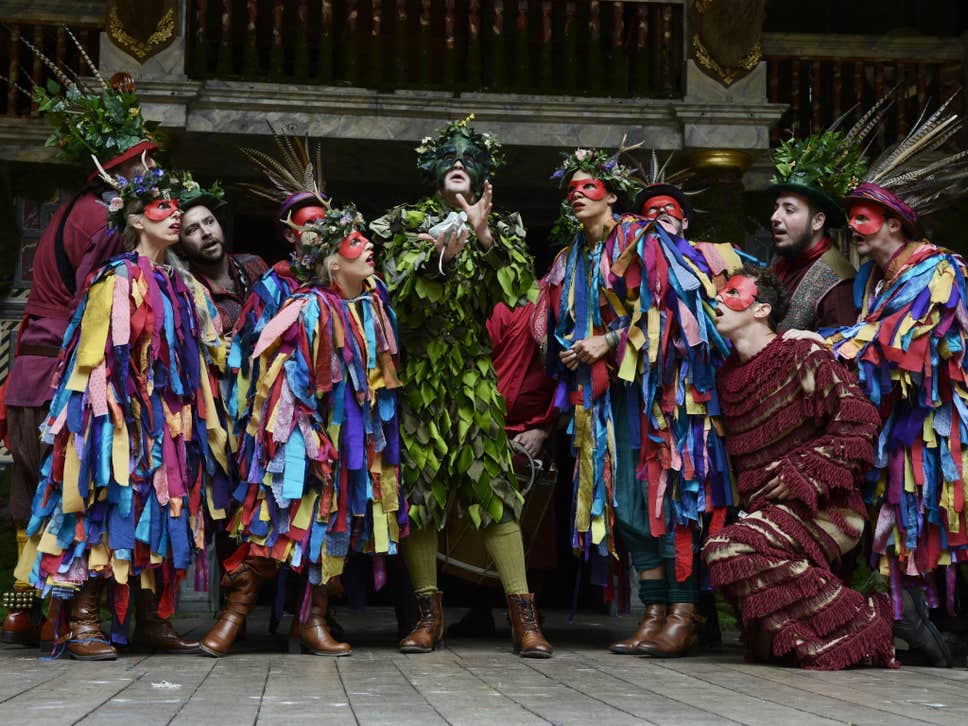 The Two Noble Kinsmen on stage at the Globe Theatre