Shakespeare set Measure for Measure in the Catholic city of Vienna. By the time Shakespeare’s audiences were watching his plays England had become a strict protestant country. In this play, Shakespeare wants to create an environment in which there are still nunneries, as the play has Isobel’s life as a nun as a central idea.

Like Shakespeare’s London, though, Vienna is teeming with prostitutes and pimps, and disease is rife.  In the London of Shakespeare’s time buildings were being demolished to try and control the plague: In the Vienna of the play brothels are being torn down to try and stem venereal disease, and the acting Duke, Angelo, has issued a  decree making sex outside of marriage an offense carrying the death penalty. The drama springs from that, making Vienna a  crucial and clever choice of setting for Measure for Measure.

Planning to follow in Shakespeare’s footsteps with a trip to Vienna?

We’ve pulled together some of the very best Vienna resources from travel writers and bloggers below, so you can make the most out of your trip:

21 unmissable things to do in Vienna, from 2 Scots Abroad.

Parenthood 4 Ever share their weekend in Vienna… with a toddler.

Just Go Places curate the best things to do in Vienna with kids.

How to spend 2 child-friendly days in Vienna, shared by Thrifty Family Travels.

The best places to stay in Vienna, according to Vienna locals Dream, Book, Travel.

What to do with 3 days in Vienna, from The Travelling Tom.

Touring Vienna and Austria by bicycle, shared by Cycloscope.

Austrian foods you have to try in Vienna, shared by Volumes & Voyages.

Where to find the best apple strudel in Vienna, courtesy of Treasured Family Travels.

Know of any other great Vienna travel resources? Let us know in the comment section below! 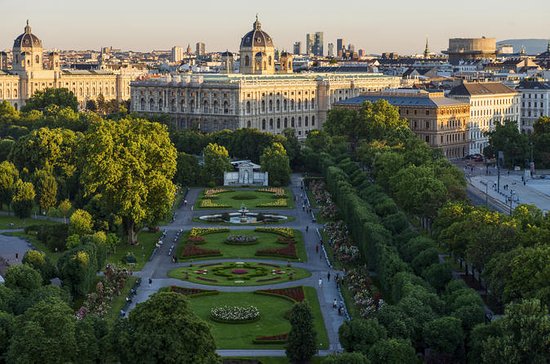