Things To Do In Stratford Upon Avon…

Set in rural Warwickshire on the banks of the River Avon, there are so many things to do in Stratford upon Avon for visitors of all ages. Today the historic market town is one of the most popular tourist destinations in Britain, famous as the birthplace of William Shakespeare. The medieval town is compact and beautifully preserved, making for a brilliant day or two for any Shakespeare or history enthusiast.

Stratford received its borough charter in 1553, just 11 years before Shakespeare’s birth, and William’s father, John, became Bailiff (Mayor) of Stratford when young William was three years old. By that time John Shakespeare had become prosperous enough to buy two adjacent houses, which he made into one. That house on Henley Street, now known as ‘The Birthplace’, was where William Shakespeare was born and grew up. As the son of a leading Statford citizen, William would have attended the local King Edward VI Grammar School, which still stands unchanged on the corner of Church Street and Chapel Lane. In November 1582 Shakespeare married Anne Hathaway, the daughter of a local farmer, Richard Hathaway. Her home, now known as ‘Anne Hathaway’s Cottage‘, still stands in the village of Shottery, a mile from Stratford.

Although Shakespeare went to work in London when he was 23, making his career and fortune there, he maintained strong links with Stratford. He regularly visited his wife and children who lived in Stratford, bought New Place – the largest house in Stratford – as a family home in 1597, and involved himself in the affairs of the town.

Below we’ve highlighted the very best Stratford upon Avon things to do, starting with all of the Shakespeare-related places and activities.

The Shakespeare Buildings In Stratford

Shakespeare’s presence is still very much felt across Stratford upon Avon, and in the nearby villages of Shottery and Wilmcote. There are a number of buildings to visit where the Bard or his close family lived and frequented. The seven buildings below are all open to the public, and have a variety of links to Shakespeare, making them the top things to do in Stratford for any Shakespeare fan. 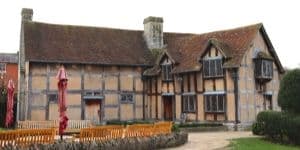 Set on Henley street in central Stratford, the Shakespeare Birthplace is where William Shakespeare was born and lived as both a child and young married man, until he left for London aged 23. 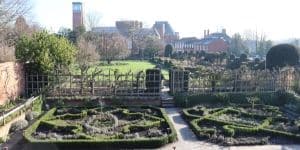 Discover how Shakespeare bought and developed New Place, the largest house in Stratford Upon Avon… and how it was then pulled down… twice! The property is no longer standing, but the exhibits and gardens are a highlight of any Stratford visit. 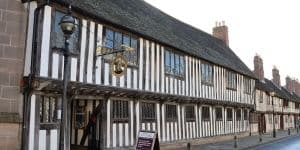 One of the most interesting and significant buildings in Stratford, Shakespeare’s schoolhouse was once part of the local Guild, and is still part of the King Edward VI Grammar school, with daily lessons for today’s pupils. 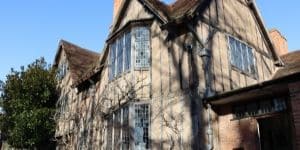 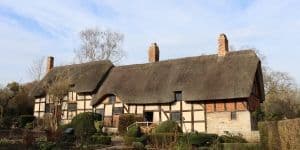 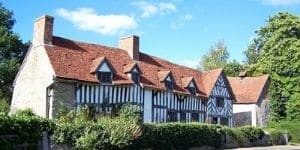 Explore the house and farm where Shakespeare’s mother Mary Arden grew up. As a fully working Tudor farm there are plenty of activites to keep the whole family entertained. 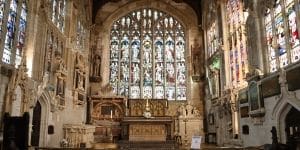 Other Things To Do In Stratford Upon Avon

Along with the Shakespeare’s buildings listed above, there are a number of other Shakespeare and non-Shakespeare related things to do in Stratford upon Avon. A Stratford walking tour is a great thing to do early on in your visit so you can get a sense of the town in Shakespeare’s town, and see how it all fits together before you delve in a little deeper. Other cool things to do in Stratford involve the river and canal, and, of course, a visit to one of the town’s many theatres! 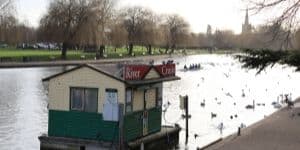 On both the beautiful Avon River and the Stratford-Birmingham Canal, Stratford offers a range of water activites to help you get the most out of your visit, including tours through the town and to nearby beauty spots. 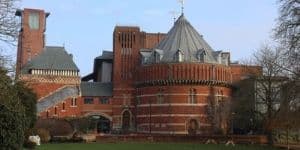 As Shakespeare’s birthplace, Stratford upon Avon theatres offer some of the UK’s premier performances, with a range of both Shakespeare and non-Shakespeare repertory across the town’s many theatres. 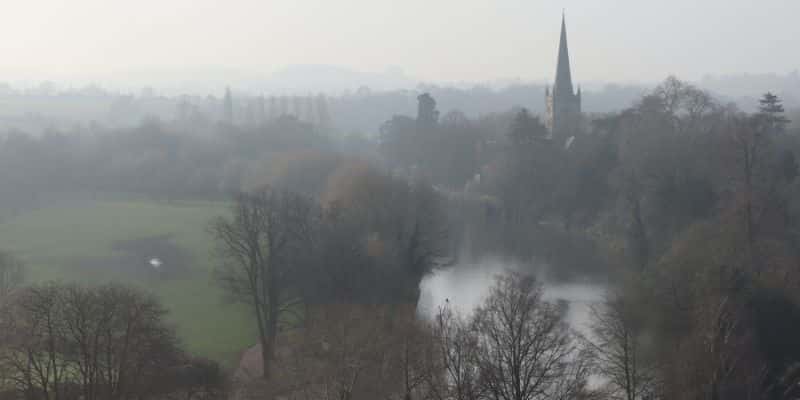 Stratford is a very well preserved medieval town, and there are a number of walking tours on offer that give you the chance to walk in the footsteps of Shakespeare and see places that would have been familiar to him. 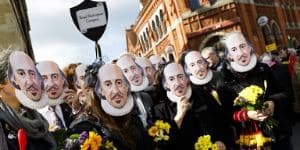 Join the procession with thousands of Shakespeare fans walking the Bard’s quill from his birthplace to Holy Trinity Church. The two-day annual event sees the town’s streets come to life with organised drama, music and pageantry.

Visiting Stratford Upon Avon – The Basics

Whether you’re visiting Stratford independently or with a tour, as a day trip of for a night or two, there are likely some basics you’ll need to know. Like where to park for closest access to the sights, the best Stratford upon Avon hotels to match your budget, and of course, where you might want to kick back after a hard days ticking off your ‘Stratford upon Avon things to do’ list for some well-earned food and drink. Fear not, we’ve got you covered! 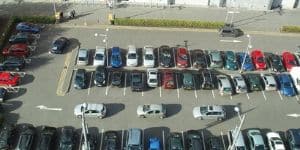 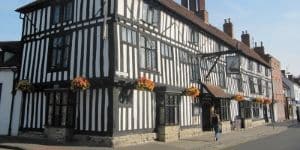 We list the very best historical (and not so historical) places to stay in and around Stratford upon Avon. Stratford is blessed with many accommodation options to suit all budgets and needs. 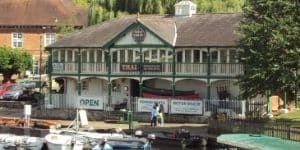 Map of Stratford upon Avon from Shakespeare’s time 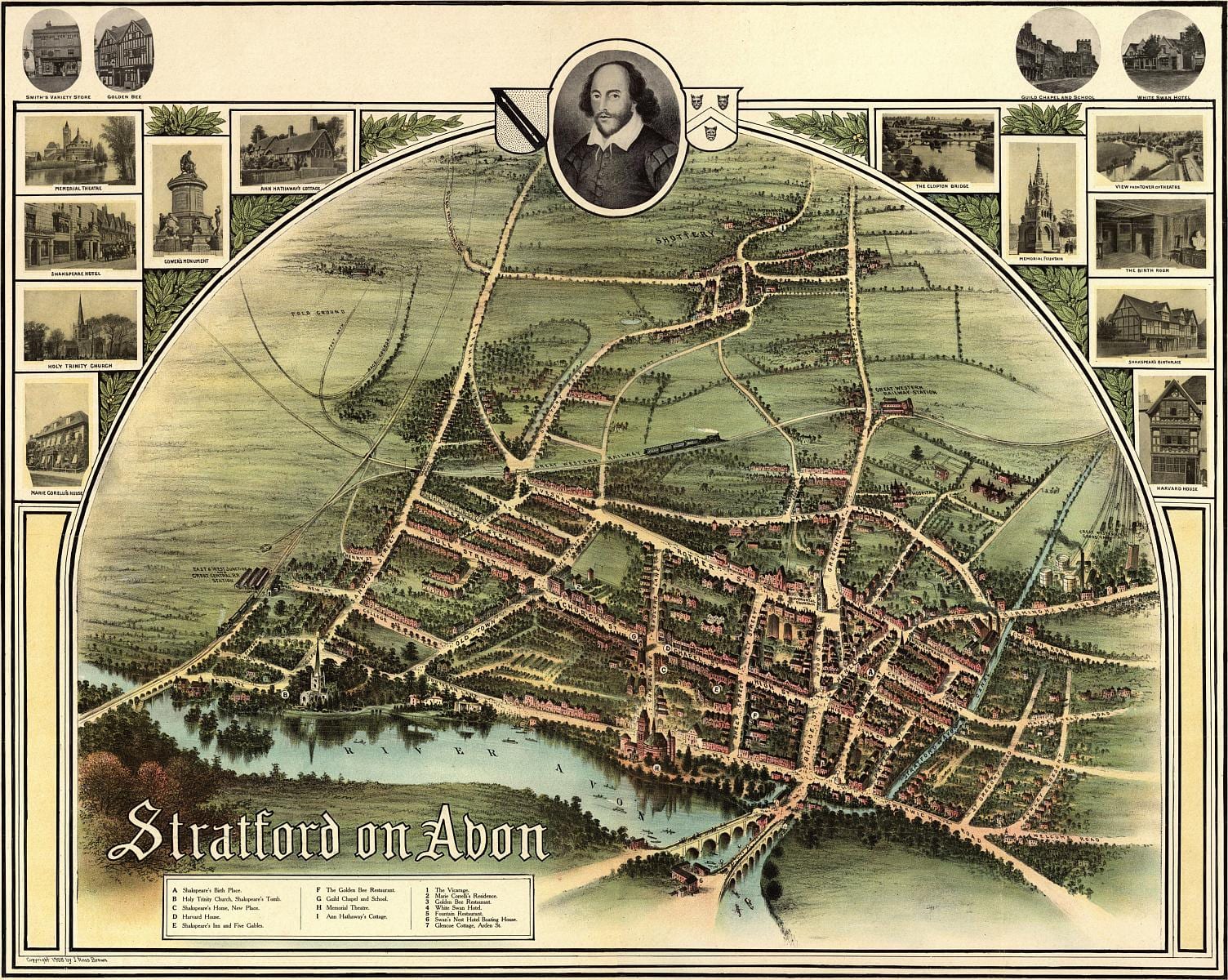 Walking tour map of Stratford from 2020

Have you visited and have suggestions of things to do in Stratford upon Avon that aren’t mentioned above? Let us know in the commments section below!

Check out all the best things to see, do, and eat in and around Stratford, according to travel writers and bloggers: