Sir Thomas More is a play written by several playwrights, including Shakespeare. The original text was written by Anthony Munday and Henry Chettle. It was not performed until much later as the master of revels, as censor, regarded it as politically dangerous due to the scenes depicting rioting in the streets of London. Other writers eventually revised it, making it more acceptable to the censor, and Shakespeare is now thought to be one of those.

Sir Thomas More performance history: The history of the play’s performance is unknown until 1964 when it was performed at the Nottingham Playhouse with Ian McKellen playing More.

More is best known for his opposition to Henry VIII’s divorce from Catherine of Arrogan, which led to his execution in 1535. He had held several public positions, culminating in Lord Chancellor of England. The play dramatises much of More’s public life. The scenes thought to be written by Shakespeare, set in 1517 London, are centred on the rioting that breaks out in protest of the presence of foreigners, and the privileges the law gave them during the time More was Sheriff in London.

The manuscript is unusual as it appears to have a three-page handwritten revision. These three pages are belived to have been written by Shakespeare himself, having been identified as Shakespeare’s based on handwriting, spelling vocabulary and the images and ideas expressed. The Shakespeare content in the play shows sympathy for the plight of the alienated and dispossessed, and prefigures the insights of Shakespeare’s great race dramas The Merchant of Venice and Othello (see more on this point on theshakespeareblog.com). Aside from a few signatures, the three pages constitute the only known surviving example of Shakespeare’s handwriting. 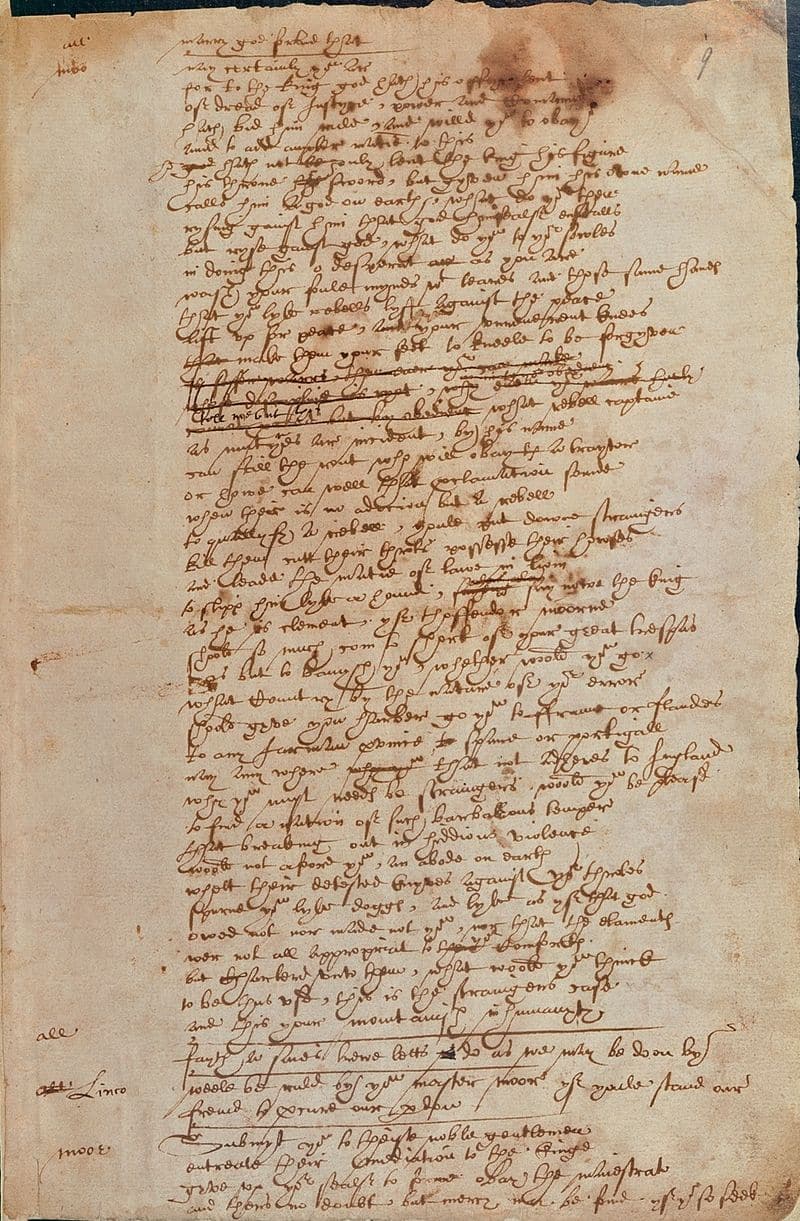