Genre classification: All’s Well that Ends Well is one of Shakespeare’s Comedies.

Main characters in All’s Well That Ends Well: Helena is the orphaned daughter of the late doctor, Gerard de Narbon. She is in love with Bertram, the Count of Rousillon, who rejects her but is forced by the King of France to marry her because Helena has cured his ulcerous sores with her special medicine.

The Countess of Rousillon is Bertram’s mother and Helena’s guardian.

Helena lodges with a Widow in Florence. The Duke of Florence employs Bertram as general of his army. Diana is the Widow’s daughter. Read a complete list of characters in All’s Well That Ends Well.

All’s Well That Ends Well themes:  This is a play that balances various qualities against each other youth and age; the waywardness of youth against the stability of older people; idealism and cynicism, and appearance and reality. 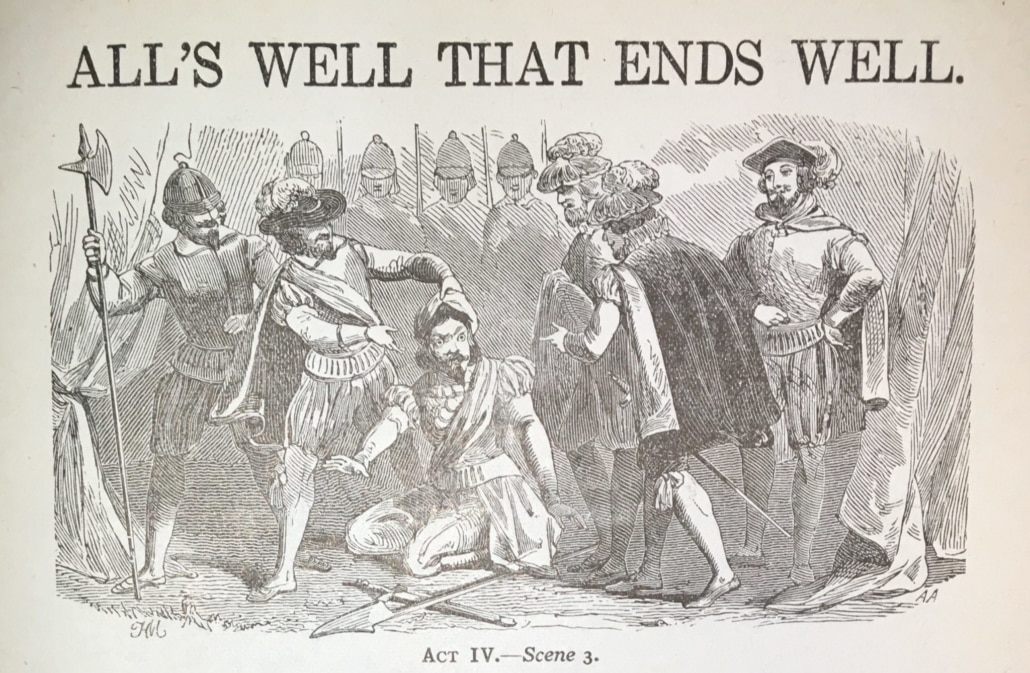