“Moderate lamentation is the right of the dead, excessive grief the enemy to the living.”

“He that hangs himself is a virgin: virginity murders itself, and should be buried in highways, out of all sanctified limit, as a desperate offendress against nature. Virginity breeds mites, much like a cheese, consumes itself to the very paring, and so dies with feeding his own stomach. Besides, virginity is peevish, proud, idle, made of self-love, which is the most inhibited sin in the canon. Keep it not; you cannot choose but lose by’t! Out with’t! within the year it will make itself two, which is a goodly increase, and the principal itself not much the worse. Away with ’t!”

“‘T were all one
That I should love a bright particular star
And think to wed it, he is so above me.”

“The hind that would be mated by the lion,
Must die for love.”

“His good remembrance, sir,
Lies richer in your thoughts than on his tomb”

“Service is no heritage.”

“If men could be contented to be what they are, there were no fear in marriage”

“Even so it was with me when I was young.
If we are nature’s, these are ours. This thorn
Doth to our rose of youth rightly belong.
Our blood to us, this to our blood is born:
It is the show and seal of nature’s truth,
Where love’s strong passion is impressed in youth.
By our remembrances of days foregone,
Such were our faults, or then we thought them none.”

“My friends were poor, but honest.”

“Great floods have flown
From simple sources, and great seas have dried
When miracles have by the great’st been denied.”

“A young man married is a man that ’s marred.”

“Good alone, is good without a name, vileness is so”

“Many a man’s tongue shakes out his master’s undoing.”

“No legacy is so rich as honesty.”

“The web of our life is of a mingled yarn, good and ill together.”

“All’s well that ends well, still the fine’s the crown;
Whate’er the course, the end is the renown.”

“For we are old, and on our quick’st decrees
Th’inaudible and noiseless foot of time
Steals ere we can effect them.”

Are we missing any great All’s Well That Ends Well quotes? Let us know in the comments section below. 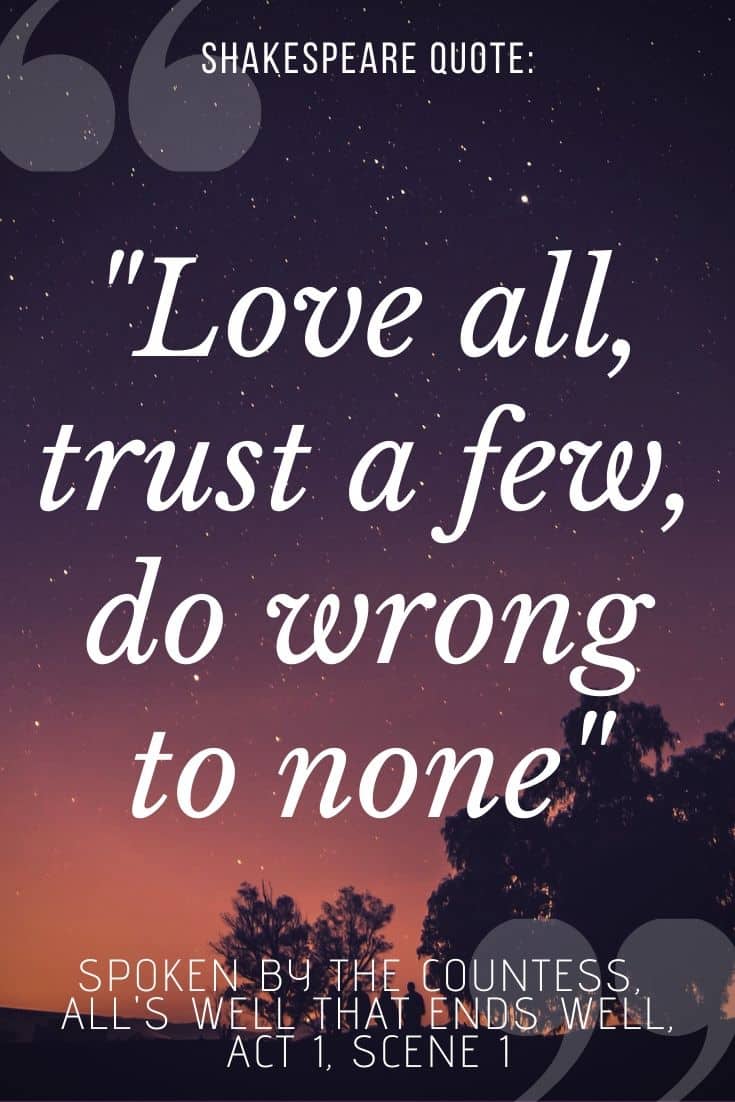