You are here: Home1 / Welcome To The No Sweat Shakespeare Blog!2 / Random Fun Stuff3 / 4 Fun Malapropisms From Shakespeare’s Dogberry in Much Ado About...
Written by eNotes.comThis post comes courtesy of eNotes.com, which was founded in 1998 by two classmates who love Shakespeare. eNotes has grown a lot since then but remains a close-knit team of book lovers and coffee enthusiasts, who are headquartered in the beautiful Pacific Northwest in Seattle, WA.

With theaters closed for social distancing these days, some have suggested reading Shakespeare’s works, which a) is a great idea and b) opens up new opportunities of appreciation. So, let’s revisit his sparkling romantic comedy Much Ado About Nothing and thoroughly enjoy five particularly funny moments when Dogberry unintentionally uses the wrong word from what he means to say—moments you might not notice when watching a live performance.

Much Ado About Nothing has long been considered one of Shakespeare’s greatest comedies. Revisiting the play provides opportunities to catch new meanings in the elaborate puns and clever wordplay found in, for example, Benedick’s and Beatrice’s witty banter. And though they and their friends provide the thrust of the narrative, one of the less central characters in the play, the constable Dogberry, delivers just as good, if not funnier and more absurd, lines. This enables him to play a key part in keeping the play from becoming a little too serious in acts 3 and 4—essentially making him the “comic relief” of the comedy.

Before we start, let’s consider the term “malapropisms.” This term means the use of a different word than what was intended, often to humorous effect: for example, Merriam-Webster’s dictionary gives us the example of “Jesus healing those leopards,” which is a malapropism because Jesus healed “lepers,” not “leopards.”

Now that we’ve established that, throughout Much Ado About Nothing Dogberry often uses malapropisms—they’re even sometimes called “Dogberryisms” in his honor. Why? Well, since Dogberry is an officer of the watch, it’s possible that Shakespeare was having a little fun, playfully (and subtly!) disparaging the authorities by saying, “Check out this officer; he doesn’t even know what he’s saying!” But it’s not enough that Dogberry simply mistakes one word for another. His linguistic foibles display an ignorance that often causes him to say something totally different from what he means, which can be quite funny—once you know what to look for.

So, let’s look at 4 fun malapropisms from Shakespeare’s Dogberry in Much Ado About Nothing.

1. When Dogberry tells us where he really belongs

“…Only get the learned writer to set down our excommunication, and meet me at the jail.” – act 3, scene 5

In mistaking “excommunication” for “communication,” Dogberry inadvertently implies that when they carry out the law and question these two criminals, the officers will be shunned. Obviously he actually means to have a simple conversation in order to get to the bottom of the crime. However, this slip of the tongue tells us that perhaps his questioning of the witnesses won’t impress his superiors as much as he hopes—perhaps even having the opposite effect.

2. When Dogberry accidentally questions his own authority

If you’re watching the play, you might easily mistake “suspect” for “respect” given the speech’s context and Dogberry’s position as an officer of the watch. However, Dogberry’s inability to question witnesses and his insistence on disrupting the interrogation show him to be a pretty dubious authority figure. So, while Dogberry means to tell the rogue to respect his authority, he ends up being spot on with this malapropism: As readers, we should all be suspicious not only of how Dogberry got this job but also how capable he is of performing it.

3. When Dogberry reveals his illiteracy

“Our watch, my lord, have indeed comprehended two aspicious persons, and we would have them this morning examined before your worship.” – act 3, scene 5

With this malapropism, Dogberry states that he “understands” the rogues, which is humorous because when he starts questioning them later, we learn that he doesn’t really comprehend them (or much of anything else). But there’s another one in here too!

What’s said: “Aspicious” (adj.) meaning, actually, we’re not quite sure—that’s not a word. Let’s say this is a misprint for “Auspicious,” (adj) which means favorable.
What’s meant: “Suspicious,” (adj). meaning distrustful or questionable.

Here we see evidence that Dogberry isn’t that well educated. We learned in act 3, scene 3 that he thinks literacy is “such vanity,” and given his constant linguistic confusion, it’s possible that he might not be able to read at all. If he’s repeating words he’s heard others say, then it follows that he would mix up similar-sounding words—after all, “suspicious” and “auspicious” do sound a whole lot alike.

But Dogberry looks ridiculous because he repeats what others have said without knowing what the words actually mean. Look no further for a perfect example of why it’s important to work on your reading skills or just admit it when you don’t know something. You don’t want to look foolish!

4. When Dogberry tries to save souls

“O villain! thou wilt be condemned into everlasting redemption for this.” – act 4, scene 2

This one you might catch if you were just listening to the play; it’s a very obvious one. Dogberry is threatening his prisoners with redemption, which is literally the opposite of damnation—what Dogberry means. But, either because he’s excited by the interrogation or because he really doesn’t know the difference, Dogberry is telling the rogues that they will be rewarded with paradise for their actions. Thankfully, Dogberry’s fellows have apparently learned to ignore his befuddlement, and so the perpetrators stay right where they should be: in custody.

Bonus: When Dogberry makes a great joke on purpose

“…the most peaceable way for you, if you do take a thief, is to let him show himself what he is and steal out of your company.” – act 3, scene 3

It would be easy to think, upon first meeting Dogberry in act 3, scene 3, that he’s competent and collected. Sure, he makes some mistakes—for example, switching “tolerable” for “intolerable”—but he addresses his subordinates with confidence, and they don’t question any of his instructions. Plus, you can practically hear the cymbals crash as he throws down that great pun. So, you have to wonder: how ignorant can he really be?

One of the reasons Shakespeare’s plays are still so popular is that they offer so many interpretations for readers, actors, and directors to explore. Having Dogberry make a clear and obvious pun allows for interesting performance choices about how aware Dogberry is of the strange advice and instructions he doles out. Are all his mistakes completely blithe, or does he become overwhelmed when in the presence of his superiors? Is he testing the attention of the people he’s talking to, or making jokes at their expense? Or is he really, as he demands of his deputy, “the most desertless [undeserving] man to be constable”?

In a play as fast-paced and witty as Much Ado About Nothing, puns and wordplay are deployed at an astonishing rate. However, this means you might miss many of its quips since the humor of the jokes relies on the meanings of words; in order to comprehend the jokes, we have to know the words. This really makes Dogberry, specifically, only particularly funny if you know that he is getting the words wrong—which, admittedly, can be difficult when reading Shakespeare due to a lot of the vocabulary being a challenge. Thankfully, we have Dogberry’s example to incentivize us—we’ll look up new vocabulary before using it! 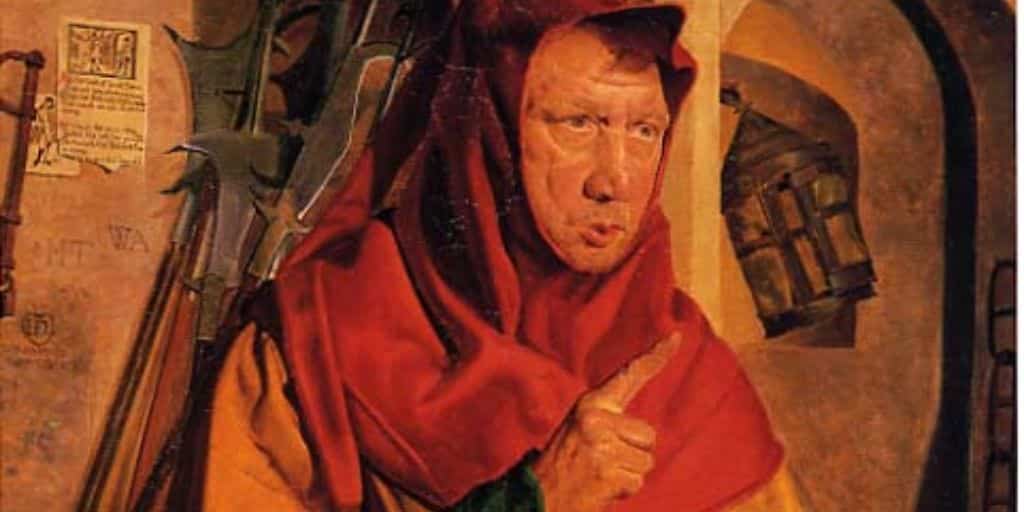 Why Is The Structure of Shakespeare’s ‘The Winter’s Tale’...