You are here: Home1 / Welcome To The No Sweat Shakespeare Blog!2 / Historic Shakespeare3 / The Key Writing Characteristics of Shakespeare’s Era
Written by Tristan O’KeefeTristan has a love of literature and great writing, wherever he can find it. Tristan’s main loyalty is to sites like Paperell.com, for which he provides great service and the occasional review.

The late sixteenth century is still considered to be one of those golden ages for playwrights. This was, after all, a time when entertainment was one of the most important distractions out there from surviving day to day. Indeed, the foremost form of entertainment for the masses was to go and see a play. Why? Because most people couldn’t read or write in the sixteenth and seventeenth centuries. As a result, reading a book was out of the question, and the first true novel wouldn’t be written for another century, anyway! The play was the thing back then and was the equivalent of film and television today because it was so easily accessible. 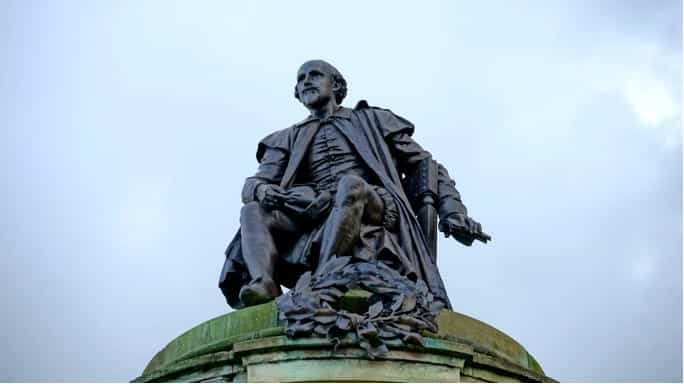 Wasn’t there something else to do?

The only other thing that was considered entertainment at this time was poetry. Indeed you could have called this period the era of poetry. The reason why is that poetry is meant to be read aloud, and it certainly was back then.

Didn’t people have books back then? Yes, of course, there was. Realize, though, that literature back then primarily consisted of non-fiction. There were the ancient Greek epics, like the Iliad and the Odyssey, but the first actual novel hadn’t been created yet. As a result, plays dominated the popular consciousness.

So, enter Shakespeare writing! He is still remembered as one of the greatest playwrights of all time, if not the greatest. However, he certainly wasn’t the first. It was actually Christopher Marlowe who was a contemporary of Shakespeare and also heavily influenced his writing style.

This new poet and playwright arrived in London in the fifteen-seventies but did not suddenly wow people with a new style of writing. That would come later. His early plays are actually much like the general style of the time. This is something he likely did to avoid a bad review at the start of his career.

A Great Sense of Style…

The style of the time was a somewhat more forced sense of dialogue from the players that would, at times, involve complex metaphors to wow the audience.

William Shakespeare, himself, is most well known for writing in iambic pentameter. That would be the “Shakespeare style”, if you want to call it that. Don’t worry, you shouldn’t be ashamed for not knowing what that means. Most people out there don’t know, either! Iambic pentameter basically means that each line of the play (or the poem), has five feet. Each foot is an unstressed syllable followed by a stressed one. As a result, every line has ten syllables. Here is an example from Shakespeare’s Sonnet Number Twelve with the stressed syllables in capitals: When DO i COUNT the CLOCK that TELLS the TIME.

This was the writing style of Shakespeare in much of what he did, both in sonnets and plays. What’s of notable importance, also, is that Shakespeare wrote in blank verse. What is blank verse? Blank verse is a complex way of saying that his prose doesn’t rhyme, of course!

Well Rounded and Proud of it!

Shakespeare also had a flair for irony and satire in his comedy. Many of his comedies were meant to have this style of pointing out something byways of poking fun at them. Others were meant to show the main characters endorsing an idea that was contrary to morality. This was intended to elicit a greater response from the audience, in order to draw attention to the subject to a greater degree.

Of interesting note is that Shakespeare had to communicate with his own crew through plays, which did influence his writing style. Whenever there was a need for a major change of set, he would have to let the stagehands know that one was imminent. He did this by rhyming the last two lines at the end of a scene where this is required. “The play’s the thing wherein I’ll catch the conscience of the King,” is one such example. At that point, the stagehands knew to be ready!

William Shakespeare’s plays, themselves, were an interesting mixture of comedies, tragedies, and of course, his great historical plays. It is interesting to note, however, that you shouldn’t take his history plays as factual. Much of what transpires in them are usually exaggerated or didn’t happen at all!