Just What Does ‘Hugger-Mugger’ Mean?

You are here: Home1 / Welcome To The No Sweat Shakespeare Blog!2 / Historic Shakespeare3 / Just What Does ‘Hugger-Mugger’ Mean?

When Elizabethans did something ‘hugger-mugger‘ it meant they were doing it in secret. It’s an archaic expression, and not an idiom, so it is never used now, apart from its use as a title for things that have little or nothing to do with its original meaning.

“Hugger-mugger”, sometimes expressed as “huggermugger,” was a common word in Shakespeare’s time. Shakespeare used it in Hamlet. In Act 4 scene 5, after Hamlet has killed Polonius, and Polonius has been buried in secret, the king, Claudius, begins to realise that doing that secretly was a mistake, given that Polonius had two children, one of whom, Laertes, is bound to be a problem. Claudius admits to Gertrude that burying him in secret was an unwise act:

“We have done but greenly, / In hugger-mugger to inter him.”

Although “hugger-mugger” was an everyday expression there are few examples of its use in anything written down. The earliest known use is in John Skelton’s play Magnyfycence, which was presented at Henry VIII’s court in 1519:

“Thus is the talkyng of one and of oder
As men dare speke it hugger-mugger.”

Origins of the phrase ‘hugger-mugger’

Hugger-mugger was not just common, it was extremely common, because Tudor England was a place of secret intrigues. There are countless historical dramas featuring men conspiring in secret, with countless plots against the monarch and government and it was a great era of spies. Much of political life was lived hugger-mugger.

As far as the words themselves are concerned, they are lovely to say, they taste well in the mouth and it is no wonder that “hugger-mugger” has been used in many creative and commercial enterprises.

But sadly, hugger-mugger can’t be used in ordinary conversation anymore. 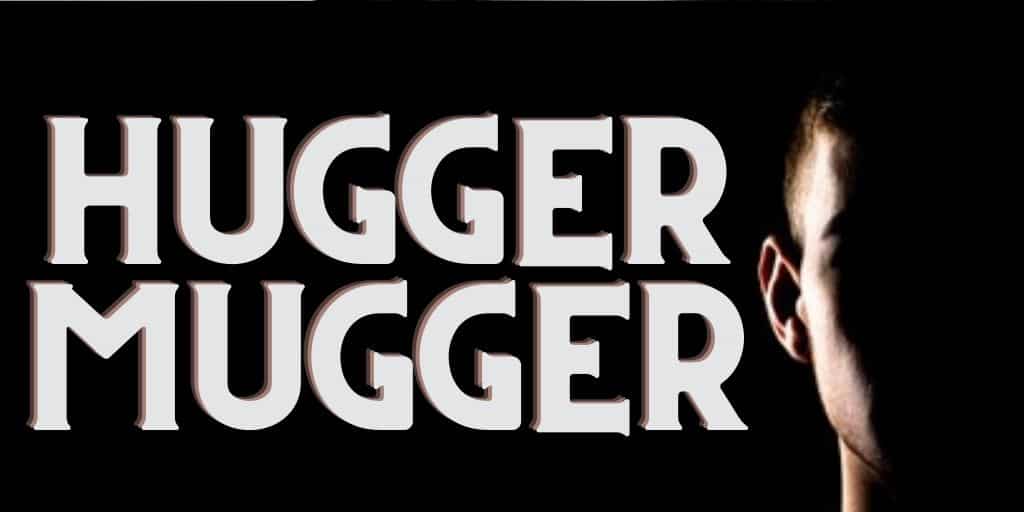 Hugger-mugger… what does it mean?

The dominant figure in the cartoons of American cartoonist Dick Guindon is a character named Huggermugger. The fantasy book series by Christopher Pearse Cranch features a character, Huggedrmugger.

There are several more sightings of the expression used as a title – a 1994 album by the band, The September When; a 1997 play by Scot Williams, a novel by top American detective writer, Robert B Parker. There is a famous racehorse named Huggermugger, and a major yoga and meditation products manufacturer in  Salt Lake City, Huggermugger Yoga Products.

There is even a trivia board game, Huggermugger, that appeared in 1989. It’s a game for 2 to 4 players. As the players travel across the board in various directions they will answer questions that test their trivia knowledge in regard to the English quotes, quickly come up with 10 words in various categories, guess word definitions, unscramble letters to reveal a word, or test their spelling. All this helps players earn the right to view letters of a mystery word. The first to guess the mystery word wins the game.

Easy Working Ways to Have Your Book Professionally Translated

William Shakespeare and the Earl of Southampton
Scroll to top