7 Dating Mistakes Shakespeare’s Characters Made (So You Don’t Have To!)

You are here: Home1 / Welcome To The No Sweat Shakespeare Blog!2 / Random Fun Stuff3 / 7 Dating Mistakes Shakespeare’s Characters Made (So You Don’t Have T...

Maybe the course of true love never did run smooth, but we sure can help it along! Shakespeare’s characters may have been in love over 400 years ago, but they made some classic gaffes that still trip up would-be romancers today. Here are seven mistakes Shakespearean lovers made that we can all take a lesson from.

(Lesson from Romeo and Juliet)

We all know the feeling of being absolutely head-over-heels for someone. But Romeo and Juliet are a classic cautionary tale of love at first sight taken too far.

Sure, times were different then — they had a bit more of a reason to rush, especially with County Paris being foisted upon Juliet. But now, a few centuries later, we can afford to slow down a bit.

A suggestion from R&J: take the time to get to know the other person a little longer than four days before you get married, fake die, and then actually die for them. Oh, and maybe also be a little older than 13. 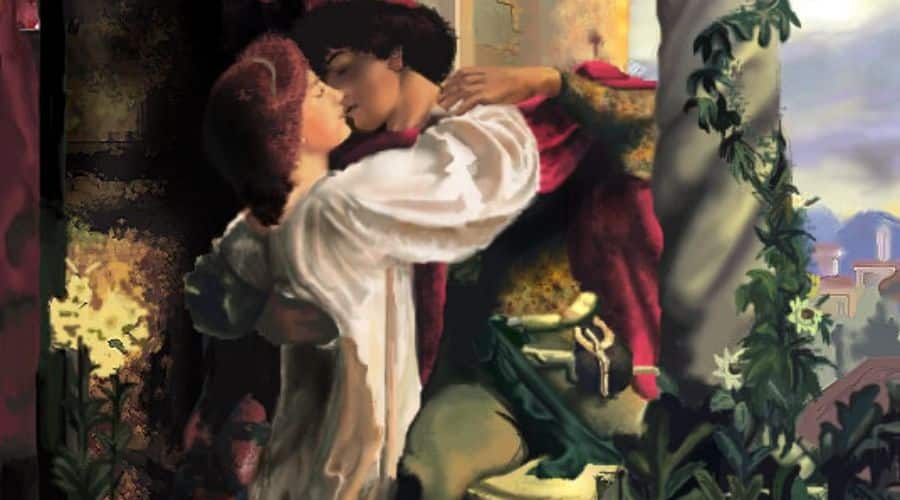 C’mon, guys. At least let him get both feet on the balcony!

It’s true, Hamlet and Ophelia’s relationship ended because Polonius told Ophelia to break it off. But, even if that hadn’t happened, Hamlet’s obsession with his father’s ghost probably wouldn’t have made for a lovey-dovey experience.

Remember, it’s important to focus on your partner and listen to them when they’re struggling — don’t ignore them so you have time (waaaay too much time) to hem and haw over your own mortal calamities. Your partner may end up feeling a little “ghosted.” 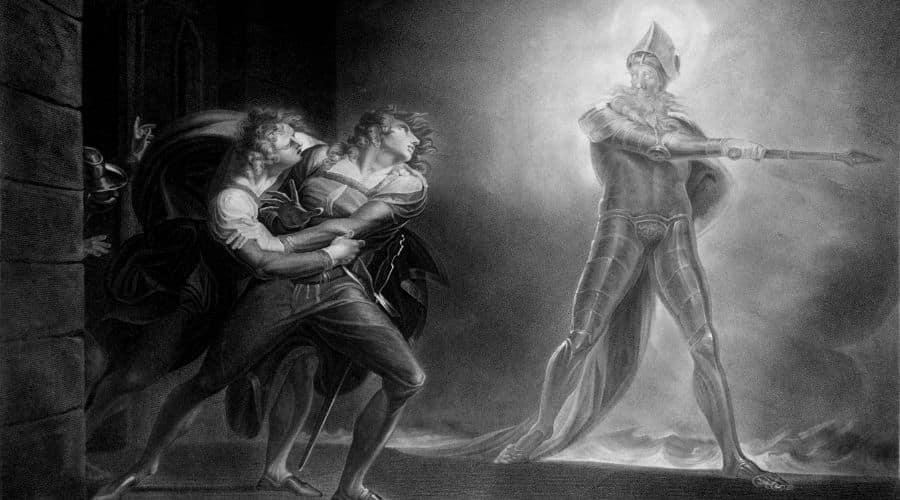 “Marcellus, Horatio, and Hamlet with the Ghost” Designed by Fuseli, engraved in 1796 for the 1803 Boydell Shakespeare.

Okay, to be fair, that does look a little distracting.

(Lesson from Ferdinand in The Tempest)

Though we admire Ferdinand’s willingness to do whatever it takes to get Miranda, we wonder if perhaps he could have noticed a few red flags when he was, you know, imprisoned and enslaved by her father.

While it’s important to come off well to your girl’s parents, consider drawing the line at being chained up and forced to carry wood to prove your worth. Lesson from Ferdinand: it’s okay to stick up for yourself if the family is acting a little crazy. Respect is important, but you deserve more than acting as a pack mule. Know your worth! 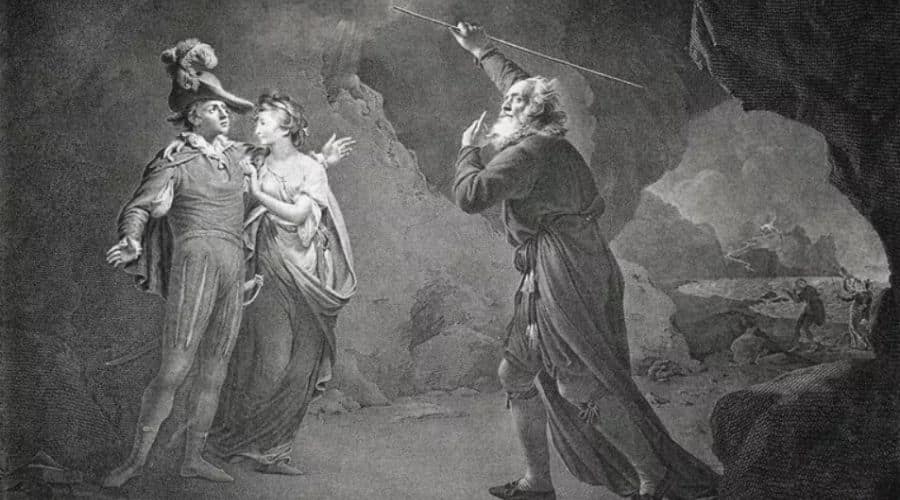 4. See your partner for who they really are

(Lesson from Titania in A Midsummer Night’s Dream)

Okay, so Titania has a bit of an excuse here: her husband, Oberon, did have her anointed with a love potion before she awoke and fell for the spectacularly self-aggrandizing donkey-human hybrid, Nick Bottom. But that doesn’t give the rest of us an excuse for seeing everyone through rose-colored glasses!

It can be easy to get caught up in the haze of love, but Titania’s magical malady teaches us that we should get to know our partners for who they really are, not just our idealized versions of them. I mean, would you tell the dude in this picture, “Thou art as wise as thou art beautiful”? Yeah, didn’t think so. 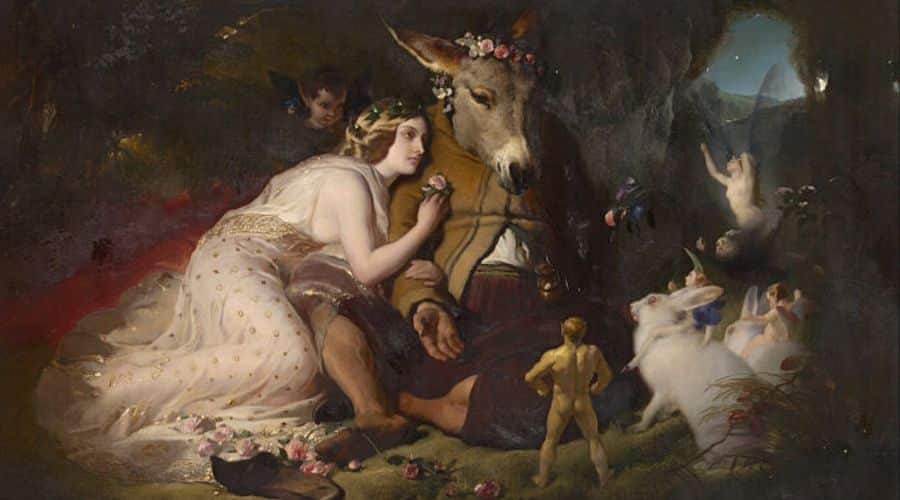 “Scene from A Midsummer Night’s Dream” by Edwin Landseer

Even if she’s the queen, you’d think one of those little fairies would talk some sense into her. But they could start by putting on some clothes.

5. Quit it with the jealousy!

(Lesson from Leontes in The Winter’s Tale)

One of the bigger overreactions in Shakespeare is Leontes’ sudden certainty that his wife, Hermione, is cheating on him — just because of a brushing of hands! Then, rather than being normal about it, he accuses Hermione of treason, throws her in prison, and has his newborn daughter left out to die (though, luckily, crisis averted there).

The Winter’s Tale is one of Shakespeare’s romance plays, where the conflict often covers a longer time span. Leontes takes 16 years to repent for doubting Hermione’s faithfulness. Luckily, we can take a lesson from all that time: learn to trust your partner, or else it’s time to exit the relationship… pursued by a bear! 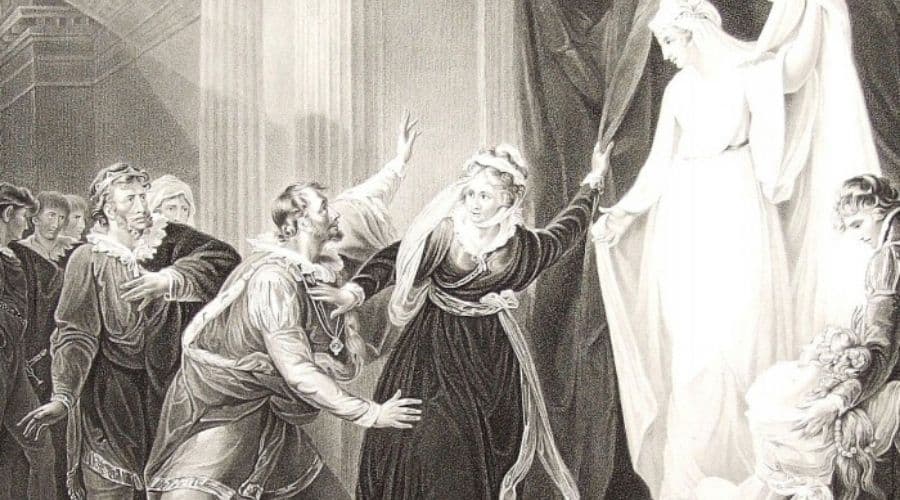 Leontes was literally so crazy that his wife turned into a statue for 16 years. Let’s avoid that.

6. Stand up for yourself!

(Lesson from Macbeth in Macbeth)

Before the whole murdering thing, the Macbeths are a rare example in Shakespeare of a husband and wife who really love and respect each other…until ambition overtakes that love. When Lady Mac suggests that they kill King Duncan, Macbeth starts to refuse…but she manipulates him by insulting his manhood and calling upon his valor (which she here misplaces for nefarious purposes).

So, here’s just a hint: if your partner starts unfairly pressuring you to do something, particularly something major like, you know, killing the king — DON’T LISTEN! Macbeth’s downfall comes from his manipulation by Lady Macbeth, and, in the end, even she is killed by her own poison. A manipulative relationship isn’t worth it — not even for the Scottish throne. 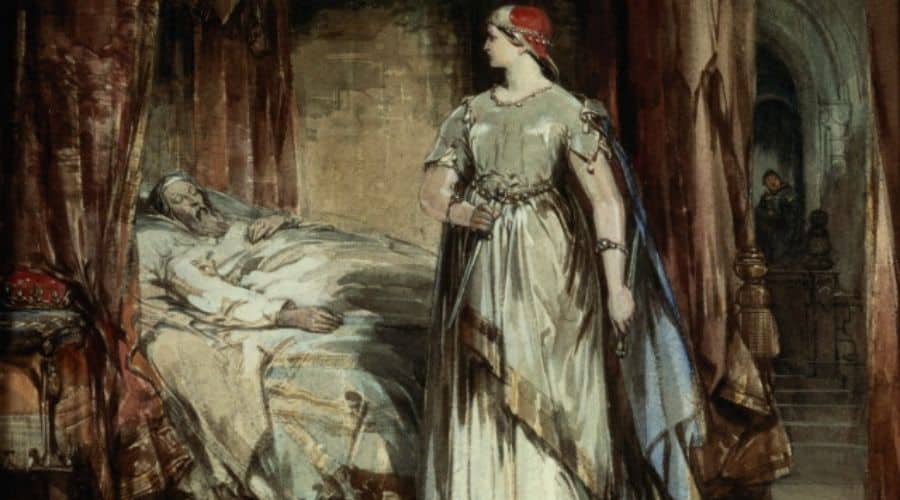 Find someone who looks at you the way Lady Macbeth looks at King Duncan’s corpse.

7. Prepare to be screenshot

(Lesson from Falstaff in The Merry Wives of Windsor)

In a play designed to highlight Falstaff’s buffoonery, Shakespeare has him pull the ultimate player move: sending the same love letter to two different (married!) women. His biggest mistake, other than…well, being Falstaff, is that the two ladies, Mistress Ford and Mistress Page, are best friends.

Like, seriously? How did you think that idea would work out, dude? You KNOW they’re going to talk about it. If Falstaff made the same mistake today, he’d be sliding into both ladies’ DMs…the contents of which, of course, would be instantly screenshotted and sent to the group chat. So, if you’re going to be chatting up married women, at least put in the effort to personalize your messages — and watch out for revenge plots! 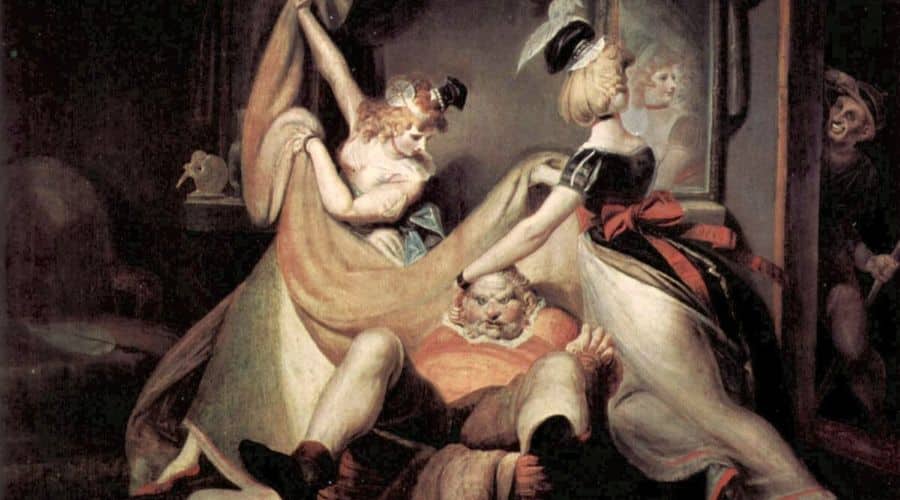 “Falstaff in the Washbasket” by Henry Fuseli, 1792

Yeah, he deserved that.

What’s your take on these dating tips from Shakespeare characters – any you’d add to the list? Let us know in the comment below!