The canon of Shakespeare’s plays is not a clear, cut-and-dried list. Shortly after the writer’s death what is known as the First Folio was printed. We know, now, that he wrote several plays that were not included in that volume – plays that are often referred to as Shakespeare’s ‘lost plays’.

Some scholars believe that in addition to the thirty-seven or thirty-eight plays that are usually attributed to Shakespeare he may have written that many again that aren’t. It’s hard to believe that any writer could produce so many plays of such quality in such a short writing life but Shakespeare demonstrated that he could: during 1596 and 1597, for example, he wrote The Merchant of Venice, A Midsummer Night’s Dream, Richard II, Romeo and Juliet and some sonnets. And possibly also a play or two that have been lost. It’s not beyond the realms of credibility, therefore, that Shakespeare wrote some thirty-five or so ‘lost plays’ that we have never heard of.

By their very nature very little is known of Shakespeare’s lost plays, and this list should likely be much longer… but sadly the below two plays are Shakespeare’s only ‘lost plays’ there we’re aware of.

Those two titles were mentioned in various sources. Love’s Labour Won is included as a play by Shakespeare in a list collated by Francis Meres in 1598. It might have been an alternative title for one of the plays that we know about, however. Some scholars argue that it is an alternative title for Much Ado About Nothing and some argue that it is a sequel to Love’s Labours Lost. Or it could just be lost. The History of Cardenio is a play based on a character in Cervantes’ novel, Don Quixote. There is a report of its having been performed by The King’s Men in 1613, but not attributed to any writer. It was later attributed to William Shakespeare and John Fletcher in a Stationers’ Register entry of 1653. But it was not included in the First Folio and there is no sign of any manuscript. 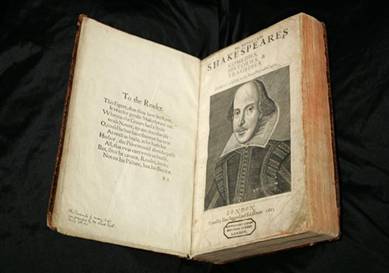 An eighteenth-century writer, Lewis Theobald, wrote a play, Double Falsehood, and staged it in London in 1728. He claimed that he had based it on three manuscripts of a play by Shakespeare titled Cardenio or The History of Cardenio. Modern scholars have performed a textual analysis of Double Falsehood, including the use of computers, and it seems that much of the text is, indeed, Shakespeare, and some is John Fletcher.

So what are we to make of that? Has the lost play, Cardenio, been found? We’re not sure but we can’t dismiss it any more simply as a lost play as we have to take the up-to-date scholarship using state of the art technology seriously.