Hamlet seems to be closest of Shakespeare’s plays to modern times, though it was composed in the early years of the 17th century. More than four hundred years later if we have to relate our social ongoings to only one text that Shakespeare wrote, it would be Hamlet.

There are different reasons for this. It is a play about multiple discourses. For example, the politics and the state, family, the generation of the youth, the human individual, areas of society outside the plot and layers of themes in Hamlet are squeezed into one text. It’s a combination of all these elements and themes, because of which the audience in one way or the other gets a kind of appeal from this play.

The political discourse is the predominant discourse in the play. There is a political vision and its critique in play. There is a detailed presentation of the things that the state is supposed to do. It’s not merely a king, it’s also a state. So far as the politics is concerned, the play starts with a reference to a new king taking over the country, Denmark. He is surrounded by controversies. People are discussing in the streets that this person is not worthy of the throne. He is said to be the one who has conspired against the earlier king. It is said early in the play by the characters and it is proved as the story moves on. Hamlet suspects that King Claudius is the murderer of his father.

The king too doubts him and sets Polonius after him to know about him. Because, if Hamlet succeeds in taking revenge, many heads will roll. The king is suspicious among the people and Hamlet is popular. The clash finally leads to fights and killings.

Whenever politics is played, we have law, justice, courts policies etc. But here all these things are kept out and family is brought in. The kind of family relationships we have in the play, play a great role in this politics. The king is using the mother against the son. He is using the daughter of his deputy against his own adversary. This kind of family politics is also there in the modern world.

Then there is a layer of youth in the play. There are very few middle or old age characters. The young characters have friendships outside the family. Horatio is Hamlet’s friend, philosopher and guide. Whenever Hamlet is in trouble he consults him. Such kind of friendship outside the family was not possible in Elizabethan England.

Ophelia has to choose between her father and brother on the one hand and Hamlet alone on the other hand. She too has a friendship with Hamlet. He is not a member of their family. But she is withdrawn from Hamlet, because he is not the real son of the present king. The new king dislikes him. Now her relationship with him cannot raise her status. But she likes him and she is linked with him emotionally.

These emotional bonds that are formed at the level of young individuals is one of the important features of the play. The political spectrum is affected by this young generation. Hamlet plans to expose his uncle and to do so he makes a plan with his friends. They stand by him and during the performance of the play. Hamlet’s doubt becomes clear. Now Hamlet has to take revenge and again his friends prove good guides for him. Horatio is mature in age and he is a wise consultant for Hamlet.

Hamlet in the end kills the king. The throne is now awaiting a new king. So the political discourse is moulded and twisted by youth. Shakespeare seems to be making these characters break the shackle of the family. Horatio’s family is not there in the play. Also we have other Hamlet’s friends like Rosencrantz and Guildenstern who are not connected to family. Later he suspects that they are set after him by the king. Hamlet makes a friendship with the performers of the play. Then we have Frotinbras, the prince of Norway.

Thirdly, we have the dimension of the human individual in this play. In the Elizabethan age, this individuality was recognized and explored to an extent in drama. But these individuals always remained structured in politics of the family. They did not come forward to present their own case in a manner that they would stand apart from others. Individuals in this play are after their own problems and predicaments. They have clashes in their own minds.

Hamlet stands apart from groups, a particular function, or other gatherings, but he can look around critically and can pass his judgment on anything and everything. He can also share his prejudices and misconceptions with the audience. This kind of focus on the human individual has been made here.

Hamlet is facing a battle outside himself with his uncle, mother, functionaries of the state, and others. But at the same time, he is waging a battle inside himself. For instance, when the ghost of his father tells him that he was killed, he doubts and does not accept it instantly. It can be a devil and it can mislead him. He wants to clear his doubt. For this, he arranges a stage performance which will turn the doubt into assurance.

This is the first predicament. There are many other confusions. Should he be with the girl whom he loved? Should he be with his mother who is not aware of the person she has married? Should he be following the dictates of a new king? Because he is not sure till now about the murder of his father. At this, he starts to criticise himself.

His father is killed, his mother is seduced and the whole state is set against him. He thinks whether he should take action or not. If he does not take action then he has to explain to himself the reason for not taking action. Then he starts analysing his own mind and we find him speaking in the soliloquies.

This play is also known for its mental exploration of the mind of an individual who is sensitive and who is pressed hard by the circumstances. In almost six or seven places Hamlet goes apart from others and talks to himself in soliloquies. So one may say that the psychological analysis that started happening in the 19th century has its roots in Hamlet’s characterization by Shakespeare.

He is a kind of individual who looks outwardly and inwardly, and is finally confused. He is going against the values of valour and family honour when he is not taking action against his uncle. He feels guilty for not taking revenge to an extent that he even thinks to commit suicide.

He says in his famous soliloquy, “To be or not to be, that is the question”. He is brooding over death. The guilt takes the battle of his mind and finally, he is caught up in the web of  his own psychological puzzles. It’s very modern. Today we get entangled in different thoughts. Most of us can’t even act. Hamlet seems to be too theoretical and he is using different techniques to avoid the action. He has a sensitivity that is generally found in women. There is a womanly softness in his consciousness. His mind is continuously growing and he is becoming more and more aware of the situation around him.

The soliloquies are the projections of Hamlet’s mind. Claudius is also soliloquised. Generally, Shakespeare’s plots are quite strict. There are certain things which are focused and others which have less attention paid to them. So far as this play is concerned many things from outside are brought in in order to enlarge the scope of the play. It also becomes a kind of discourse.

Generally in Elizabethan Drama we have courtly fights with no outer intervention. Stories are limited to the courts, kings, and administrative structures. But here certain sections are brought in from outside to give a critical look at the goings-on in the play.

The first section to be mentioned here is the world of players. The stage actors emerge from nowhere. All of a sudden we see a character saying that the players are on their way. When they come, Hamlet is very happy. He interacts with them, directs the play partly, and also writes some lines. He was acting like a mad person, but when he met the performers he became normal in front of them. It’s highly ironic that he is fake when he is in front of the real people, but as he confronts fake people(artists playing someone else’s role) he takes his real self out. This situation is created very intelligently by Shakespeare by bringing some characters from outside.

The second world is the world of gravediggers. They are digging the grave of Ophelia. They have no emotions about what is happening with the main characters. When somebody dies they take it very professionally. There is a whole scene given to the gravediggers.

The theme of revenge is a prominent one. The whole story revolves around Hamlet’s revenge. He takes too much time in taking action. Because according to his parameters of revenge Claudius must not only die, he must go to hell.

T. S. Eliot came up with his idea of objective correlation and called Hamlet an artistic failure. He used this phrase to describe a set of objects, a situation, a chain of events which shall be the formula of that particular emotion that the poet feels and hopes to evoke in the reader. There must be a positive connection between the emotion the poet is trying to express and the object, image, or situation in the poem that helps to convey that emotion to the reader. Eliot thus determined that Shakespeare’s play Hamlet was an artistic failure because Hamlet’s intense emotions overwhelmed the author’s attempts to express them through an objective correlative.

In other words, Eliot felt that Shakespeare was unable to provoke the audience to feel as Prince Hamlet did through images, actions, and characters, and instead only inadequately described his emotional state through the play’s dialogue.  Eliot’s theory of the objective correlative is closely related to the Imagist movement of Modernism. 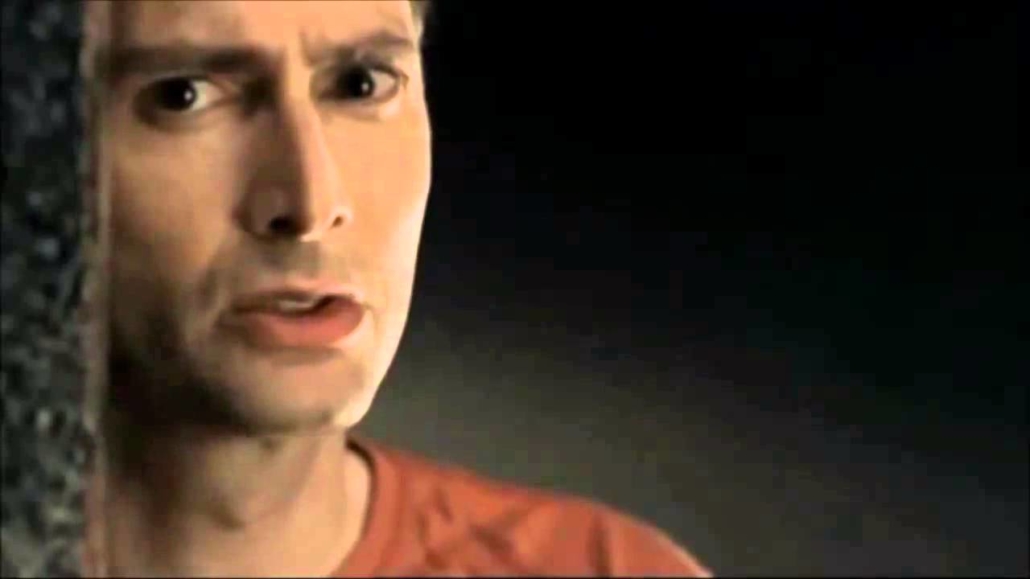 David Tennant with a modern take on Hamlet