Shakespeare’s wife, Anne Hathaway, was born in 1556.  Shakespeare was eight years younger than her.  When they married in 1582 he was eighteen years old and she was twenty-six years old. She was pregnant at the time and whatever their relationship was like – which we don’t know anything about – he had no alternative other than to marry her because it was socially unacceptable for a woman of her standing to have a child without being married.

Anne Hathaway, wife of Shakespeare, was the eldest of the eight children of a farmer, Richard Hathaway.  They lived in a big farmhouse, called Hewland Farm in the village of Shottery, one mile from Stratford. When Anne’s father Richard Hathaway died in 1581 she continued to live with her siblings and step-mother in the farmhouse, which is now known as Anne Hathaway’s cottage – one of the most visited tourist buildings in England.

‘Anne Hathaway’s Cottage’ as her birthplace is now known, is surprising in that it brings you closer to William Shakespeare than any of the other Shakespeare sites in Stratford. One of the reasons is that the Hathaway family, still alive and kicking in the area, lived in the house for four hundred years continuously – thirteen generations of them – and only vacated it in 1917, by which time it had been acquired by the Shakespeare Birthplace Trust. The stories that were handed down were, therefore, more channeled and, above all, there are some artifacts in the house that could actually have been owned by Anne’s Elizabethan family. It is tempting to think that there are still some actual items of furniture that Shakespeare would have been familiar with in Anne Hathaway’s Cottage. 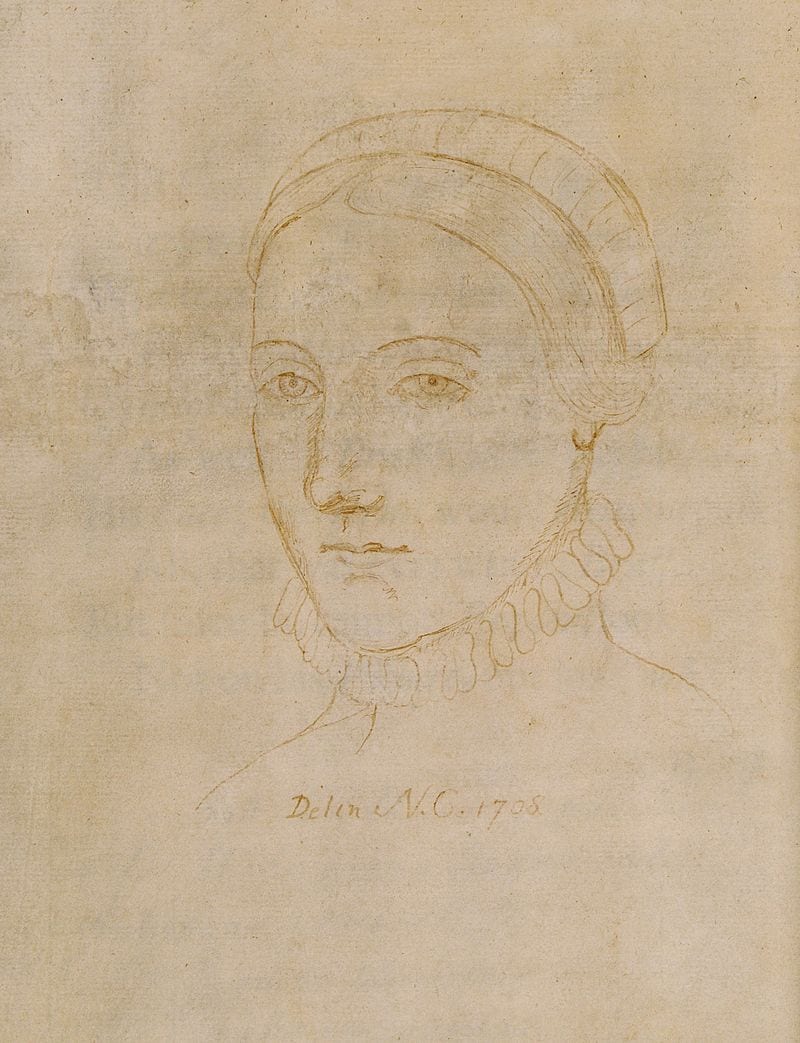 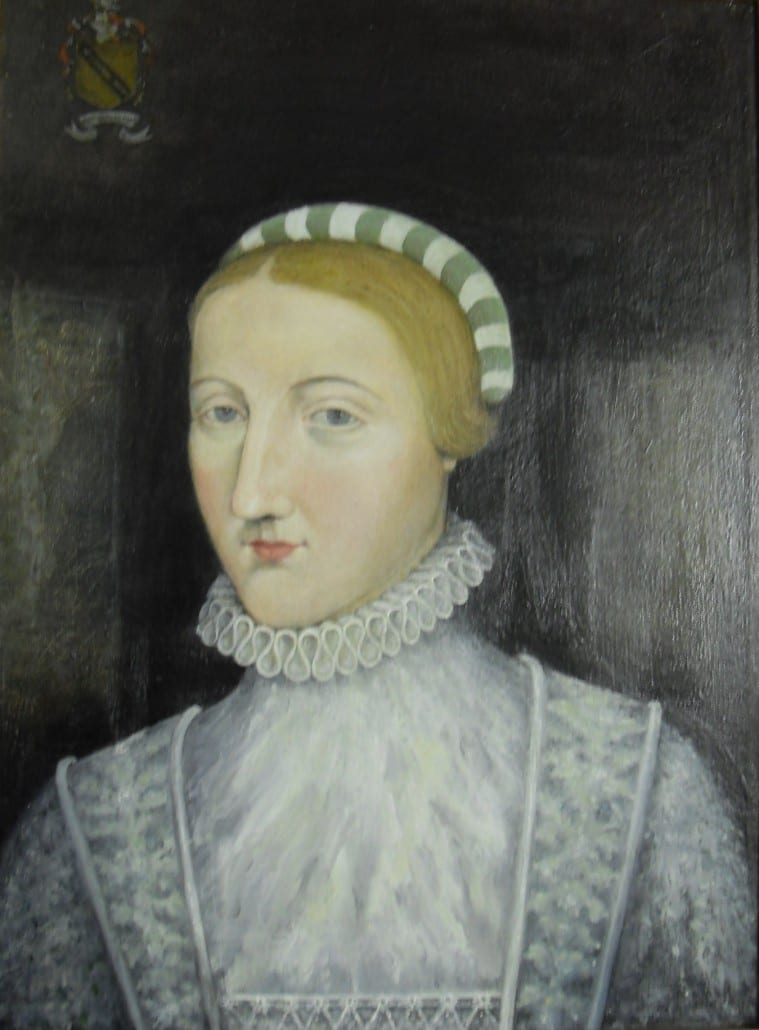 When Anne Hathaway married and became Anne Shakespeare in 1582 she went to live with her husband in his parents’ house in Henley Street, Stratford upon Avon.

Anne gave birth to children – two daughters and a son. Their first child was daughter Susanna born in 1583 , six months after William and Anne got married. Then, in 1585, the couple had twins, Judith and Hamnet. Hamnet died at the age of 11 during the Plague. Susanna married a local physician, Dr. John Hall and Judith married a vintner, Thomas Quinney.

Soon after the marriage, William Shakespeare went to work as an actor in London while Anne remained in the Henley Street house with her in-laws. Shakespeare visited frequently but his wife Anne Hathaway never went to London, as far as anyone knows.

Anne’s in-laws were fairly prosperous, although that prosperity was on the decline, but their standard of living improved as her husband became, at first, well-off as a successful playwright and theatrical operator and then famous as the writer and presenter of the most successful plays of his time, even performing, occasionally, for the King and his royal court. Anne lived the life of what would be the equivalent, in our times, of a millionaire’s wife and enjoyed the prestige that came with having a successful and very wealthy husband.  In 1596 her husband bought and moved the family into New Place, one of the biggest houses in Stratford upon Avon.

Although it is now demolished, New Place was an impressive house. There were ten hearths, which means it had between 20 and 30 rooms.  Towards the back of the courtyard stood a large, late-medieval hall, where the Shakespeares and Hathaways gathered to socialise

On his retirement in 1610, Shakespeare settled in Stratford and lived the last six years of his life as a family man – husband, father and grandfather. On Shakespeare’s death in 1616, William famously left his wife his ‘second-best bed’ in his will, though this was not the insult it seems as the best bed in the house was reserved for guests, while the second best bed was their marital bed.

Anne continued to live in New Place as a wealthy widow, until her death in 1623, aged sixty-seven. She was buried beside her husband in the chancel of Holy Trinity Church in Stratford.

While her husband, William, was working hard in London to support the family, Anne was working hard, too, in the home in Stratford. Here we take a look at what Anne Hathaway’s life as an Elizabethan housewife would have been like.

Girls in Elizabethan England were not given a formal education and weren’t even taught to read at home. Even among the great families that was the case, and a man would have been very advanced if he taught his daughters to read. Sir Thomas Moore, Henry VIII’s chancellor, was notorious for teaching his daughters to read and encouraging them to read philosophy and theology books. The rest of the community considered that to be scandalous. Queen Elizabeth was also an exception. Being groomed as a possible monarch, she was educated by the best tutors available.

But Anne Hathaway was illiterate, as were her two daughters. A great deal would have been expected of her, though, as a wife. She was responsible for managing the household which in those days, was far more demanding than it is today. Anne had to cook and preserve the food herself, using equipment that we would consider impossible today.  Acquiring food was in itself an almost full-time job – there were markets, but not nearly as well-stocked as markets are today. Poor harvests, such as those that occurred in the 1590s, led to widespread starvation. Most housewives had kitchen gardens where they grew basic vegetables, which were roasted or boiled and served in soups and stews.

What qualities did Anne have to possess to be called a good housewife? Regardless of all her other functions, there were some precise expectations for her presence in the kitchen. In one of the first cookery books published in England, 1615, the author says:

Now that I proceed unto Cookery it self, which is the dressing and ordering of meat, in good and wholesome manner; to which when our House-wife shall address her self, she shall well understand that these qualities must ever accompany it; First, she must be cleanly both in body and garments, she must have a quick eye, a curious nose, a perfect taste, and ready ear; (she must not be butter-fingred, sweet toothed, nor faint-hearted) for the first will let every thing fall, the seconde will consume what it should encrease; and the last will lose time with too much niceness.

If the Shakespeare household was typical there would have been three meals a day. Each member of the family would have had a quarter of a pound of meat, a loaf of bread, homegrown vegetables, milk, butter, cheese, and ale. When she got hold of a chunk of meat Anne would have had to preserve it in salt or smoke it. Later, as William Shakespeare brought in more money, she would have been able to buy spices to counter the extreme salt taste of the meat or disguise the taste of meat that had gone off. She would also have to turn milk into butter and cheese – commodities that didn’t go off as quickly as milk. And she would have to brew ale – a very weak ale, safe from the diseases that water carried.

When her husband was at home on a visit, and particularly after his retirement, when he lived at home with her, she had to entertain his friends.  Anne would have been expected to arrange sleeping accommodation for his guests, good meals, and bathing facilities.

Anne also had to do the household accounting, budgeting, and everything that goes with making ends meet with, perhaps, some treats for the children. Considering that she could not read and write it all had to be done in her head.

Anne had three children, fewer than most of her neighbors would have had, but even then, raising them was a huge job. She had to do everything to keep them alive and well at a time when child mortality was common. Even so, in spite of all her efforts her son, Hamnet, died aged eleven of unknown causes. She had to teach her daughters household skills and she had to make sure that her son had the best education possible. Hamnet’s grandfather and father had both been to school and his mother had an obligation to ensure a good schooling for him as well.

It’s doubtful that Anne had any time for herself in the way that we try and make time for ourselves these days. However, she lived to a good old age, as a widow, and we can take pleasure in the thought that her husband left her well off and that she may have taken it easier once her daughters had grown up.