King Ferdinand, King of Navarre, decides to have a three year period of study and contemplation at his court. To avoid distraction he imposes a ban on women, who will not be allowed within a mile of the court. One of the courtiers, Berowne, has reservations about the ban on women. He reminds the King that he has an ambassadorial meeting on that very day with the Princess of France. As they prepare to meet the Princess the King sends his court fool, Costard, to Don Armado to be punished, for breaking the rules by dallying with a country girl, Jacquenetta.

The Princess, refused entry to the court, is insulted by the ban, and in protest, she and her entourage camp in tents in front of the court. They begin plotting ways of taking revenge. In the meantime, Don Armado, himself in love with Jacquenetta, lets Costard off his punishment in return for Costard delivering a love letter to her. Before he can deliver it he is approached by Berowne, who asks him to take a letter to Rosaline. Some comic action is set up when Costard gets the letters mixed up.

The courtiers are all in love with various women in the embassy, including Ferdinand, who is in love with the Princess. They pay a visit to the women’s camp in disguises but the women, in turn, greet them, also in disguise. There is great confusion and as the men return to the court the women make fun of them.

Having all broken the rules, including Ferdinand himself, they decide to stop the silly game. Just as they are all sitting down to a pageant, news comes that the King of France has died, so the Princess has to leave immediately. She tells Ferdinand that if he spends a full year in solitude in a hermitage, in penance for being an oath-breaker, she will consider his marriage proposal. The other women in the embassy tell their respective suitors that if they also do that penance, they will return in a year and decide whether their lovers have been faithful, before agreeing to marry them.

And that’s a quick Love’s Labour’s Lost summary. What are your thoughts – anything unclear, or missing? Please let us know in the comments section below. 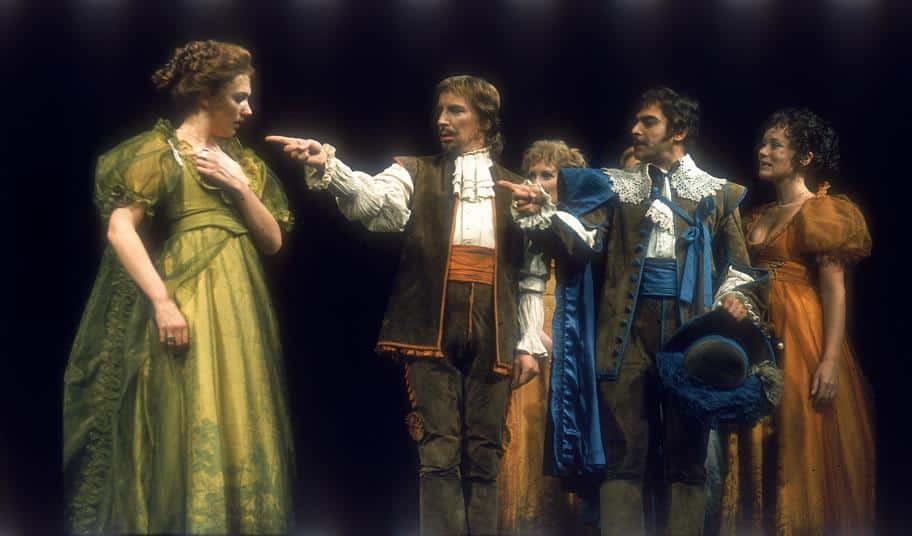