Much Ado About Nothing Summary

You are here: Home1 / Shakespeare Play Summaries2 / Much Ado About Nothing Summary

Here is a brief Much Ado About Nothing summary:

In Messina, as Don Pedro, the Prince of Arragon, and his officers return from a recently concluded war, a message comes to Leonato that the prince intends to visit his house for a month. The Duke’s party arrives with Count Claudio, who had before the war been attracted by Leonato’s only daughter, Hero. Another of the visitors is Benedick, a bachelor, who enjoys speaking his mind in witty argument with Hero’s cousin and companion, the Lady Beatrice.

Leonato holds a masked ball to celebrate the end of the war and the engagement of Claudio to Hero is arranged, while the Duke’s brother, Don John, resenting the celebrations, seeks a way to spoil the general happiness. Don John plots with the soldiers, Borachio and Conrade, to deceive Claudio into believing Hero is false to him. As a result, a trick is carried out with the unwitting assistance of Hero’s maid, Margaret, who talks from Hero’s bedroom window with Borachio at night, while Claudio and the Duke watch secretly from a distance under the delusion that the girl at the window is Hero.

Hero and Don Pedro meanwhile are convinced that Benedick and Beatrice are ideal partners, and by means of overheard conversations the two realise they do indeed love one another.

At the wedding Claudio denounces Hero and leaves her apparently dead from shock, while her father, Beatrice, and Benedick, amazed at the situation, decide that with the aid of the priest, Hero’s recovery should be concealed until her name can be cleared. Help is at hand as the village constable, Dogberry, and his assistants have arrested Borachio and Conrade after overhearing them boasting of their deception of Claudio and the Duke.

The play comes to a joyful conclusion when Dogberry’s information is, eventually, after some difficulty, given to Leonato and Don Pedro. Claudio agrees to accept Leonato’s ‘niece’ whom he has never met, in place of Hero, whom he believes has been killed by his slander. The ‘niece’ turns out to be Hero, and as the lovers are reunited, Benedick and Beatrice announce that they will share the wedding day. Don John has been captured while trying to escape and is left for future trial, while the play ends with a merry dance.

And that’s a quick Much Ado About Nothing summary. What are your thoughts – anything unclear, or missing? Please let us know in the comments section below. 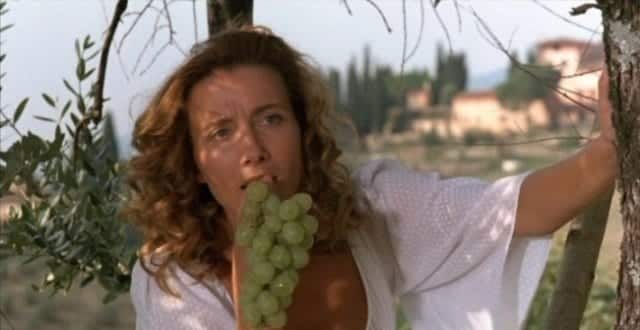 Much Ado About Nothing summary, featuring Beatrice played by Emma Thompson