The Merry Wives of Windsor Summary

You are here: Home1 / Shakespeare Play Summaries2 / The Merry Wives of Windsor Summary

Here is a brief The Merry Wives of Windsor summary:

Sir John Falstaff is in financial difficulties. On top of that, Justice Shallow and his youthful cousin, Slender, have come to Windsor because Falstaff has conned them out of money. Falstaff decides to woo the wives of two of Windsor’s leading merchants, Page, and Ford, to get money out of them. He sends his page, Robin, to each of the wives with a letter. The wives compare the letters and find that they are identical.

They decide to teach him a lesson and devise a plan. They invite him to Mistress Ford’s house at a time when Ford will be out bird shooting. Falstaff’s companions, Pistol and Nym, tell Ford about Falstaff’s intentions and Ford, a naturally jealous man, resolves to catch his wife out. He disguises himself as a shy man, Master Brook, with a passion for Mistress Ford, and goes to Falstaff and offers him money to woo her on his behalf. Falstaff tells him that a meeting has already been arranged, and agrees to Master Brook’s request.

Slender has made friends with a local clergyman, Parson Evans. Slender has fallen for Page’s daughter, Anne, who is already secretly meeting a young courtier, Fenton, of whom Page disapproves. Anne’s mother, Mistress Page, is determined that she will marry the French doctor, Caius. When Caius hears about Slender’s suit he challenges Parson Evans to a duel. The landlord of the Garter Inn confuses matters by setting different places for the duel, which results in the antagonists making up their differences.

Falstaff arrives at Mistress Ford’s house, but his wooing is interrupted by Mistress Page’s announcement that the men are returning. They hide Falstaff in a large laundry basket and he is carried out. Ford searches the house. Falstaff is tipped out on a muddy riverbank. The wives, amused by the episode, decide to repeat the incident and invite Falstaff to come again. He is reluctant but Master Brook persuades him to accept and his visit is again interrupted by Ford’s return. Ford searches the laundry basket but this time Falstaff is disguised as the elderly aunt of one of the servants. When Ford finds nothing in the laundry basket he loses his temper and angrily beats the ‘aunt’ out of the house. The wives laughingly tell their husbands about the trick, and Page suggests that they should publicly humiliate Falstaff to stop him from preying on honest wives.

Mistress Ford invites Falstaff to meet her at night in Windsor Park, disguised as Hearne the Hunter. Parson Evans organises Anne and some children to dress as fairies. Anne plans to elope with Fenton, while her parents are plotting her kidnapping by Caius and a secret marriage to him. They all meet in the park and Falstaff is pinched and taunted by the fairies. Anne escapes and returns as Fenton’s wife, while Caius and Slender both find that they have eloped with boys. The play ends with the Pages giving their blessing to Anne’s marriage, and everyone laughing at the evening’s antics and the humiliation of Falstaff.

And that’s a quick The Merry Wives of Windsor summary. What are your thoughts – anything unclear, or missing? Please let us know in the comments section below. 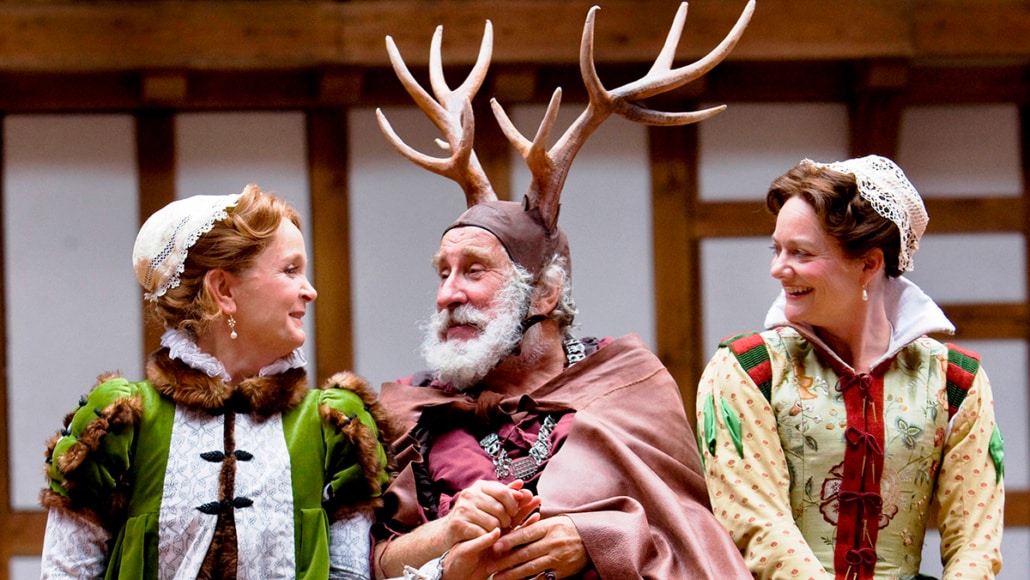