Much Ado About Nothing Quotes

Looking for Much Ado About Nothing quote? Then read on… Shakespeare’s romantic comedy Much Ado About Nothing provides all manner of enduring and memorable quotes. As with so many of his plays, Shakespeare brings the characters to life with sharp dialogue and some fantastic one-liners about love and life… and also brings the phrase “not in your good books” into the English lexicon.

Read our selection of the very best and most well known Much Ado About Nothing quotes below, along with speaker, act and scene.

“I would my horse had the speed of your tongue.”

“I see, lady, the gentleman is not in your books.”

“I had rather hear my dog bark at a crow, than a man swear he loves me.”

“Let me be that I am and seek not to alter me.”

“There was a star danced, and under that was I born.”

“Silence is the perfectest herault of joy. I were but little happy if I could say how much.”

“Tax not so bad a voice to slander music any more than once.”

“Sigh no more, ladies, sigh no more,
Men were deceivers ever,-
One foot in sea and one on shore,
To one thing constant never.”

“When I said I would die a bachelor, I did not think I should live till I were married.”

“Some Cupid kills with arrows, some with traps.”

“I do love nothing in the world so well as you- is not that strange?”

“I love you with so much of my heart that none is left to protest.”

“Thou and I are too wise to woo peaceably.”

“I will live in thy heart, die in thy lap, and be buried in thy eyes”

“For which of my bad parts didst thou first fall in love with me?”

“Peace. I will stop your mouth.”

“Why, what’s the matter,
That you have such a February face,
So full of frost, of storm and cloudiness?”

Are any of your favourite Much Ado About Nothing quotes missing from the above list? Let us know in the comments below. 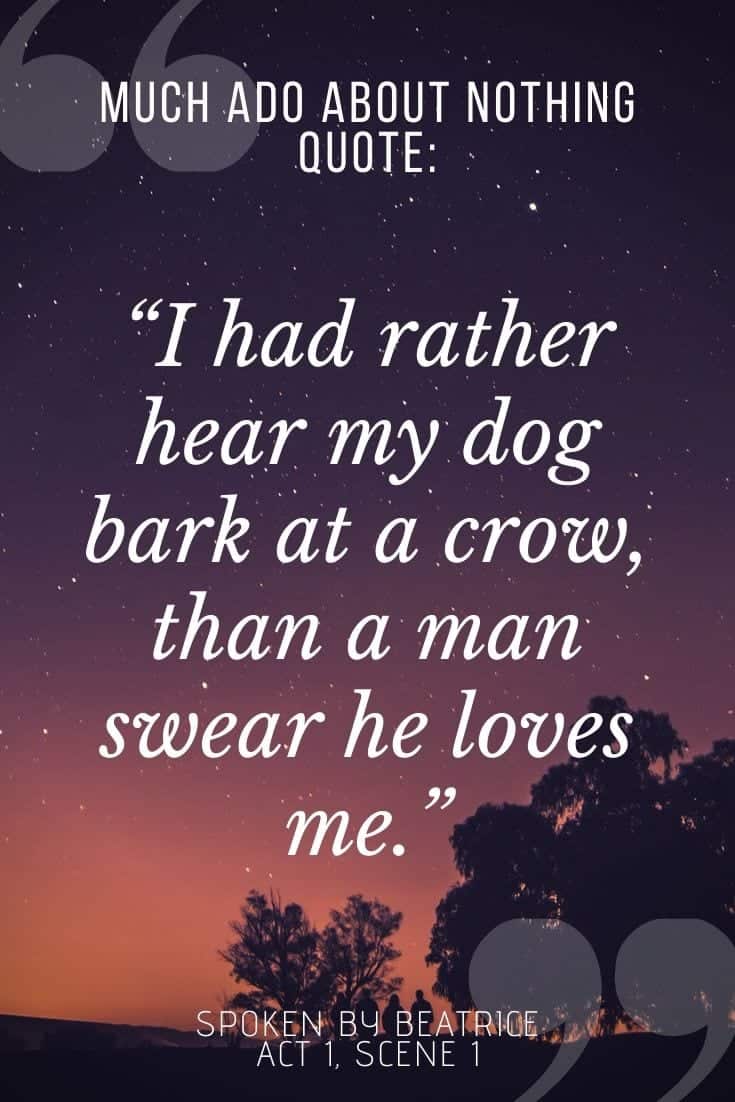