George Peele was an experimenter in a range of theatrical arts, including tragedy, comedy, history, pageant and melodrama. He was also a poet and a translator. One of the intellectuals of the Elizabethan theatrical community, he associated with Robert Greene and other writers known as the ‘university wits.’ His main claim to fame, however, is that there is some evidence that he collaborated with William Shakespeare on Titus Andronicus.

Peele came from an educated, academic family – with a father who published several textbooks on economic subjects – and graduated from Christ Church College, Oxford University. He was one of the first writers to provide pageants for the City of London, a form of entertainment that became standard in the program of the Lord Mayor’s Pageant. The form was taken up by a series of distinguished playwrights like Dekker, Munday, Middleton and Jonson. 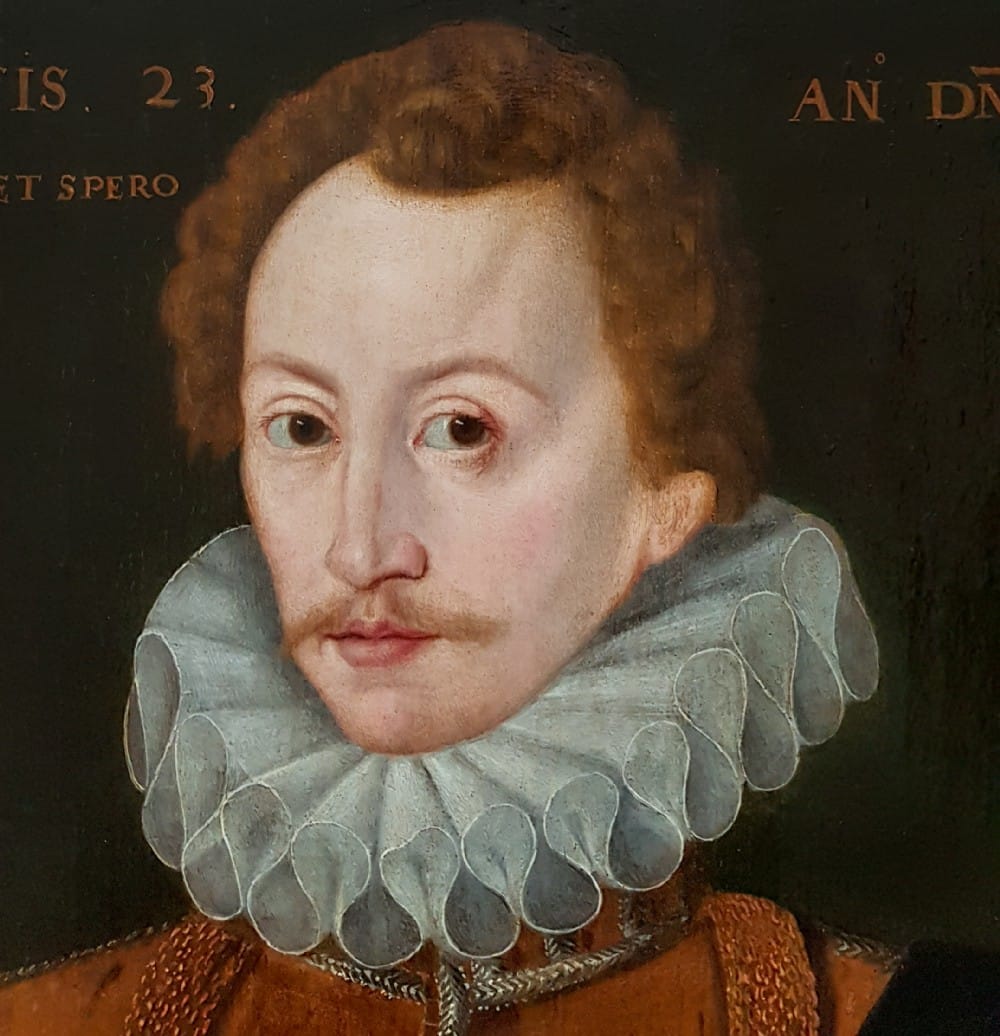 Peele’s non-dramatic works, although varied and numerous, and which distinguished him as the major writer of his time for works to be performed on royal occasions, do not receive much attention today, and he is virtually unknown for them. Scholars, drama historians and critics are more interested in his dramatic works. His plays are highly regarded, particularly the enduring The Old Wife’s Tale, and the work he is thought to have done on Titus Andronicus. Other plays still sometimes performed today are The Arraignment of Paris, The Love of King David and Fair Bethsabe and The Battle of Alcazar. His famous chronicle of King Edward the First, of 1593, is a kind of model for Shakespeare’s historical dramas.

Something that George Peele may not have envisioned as something that would be part of his heritage is his reputation for being one of the best English songwriters, along with Ben Jonson and William Shakespeare, of his time and the many wonderful subsequent English songwriters. Songs from The Old Wives’ Tale and The Arraignment of Paris are well known, and one of them, A Farewell to Arms is one of the most anthologized songs in songbooks and poetry collections. The title is also well known, of course, as the title of Ernest Hemingway’s famous novel of the Spanish Civil War.

His golden locks Time hath to silver turn;
O Time too swift, O swiftness never ceasing!
His youth ‘gainst time and age hath ever spurn’d,
But spurn’d in vain; youth waneth by increasing:
Beauty, strength, youth, are flowers but fading seen;
Duty, faith, love, are roots, and ever green.
His helmet now shall make a hive for bees;
And, lovers’ sonnets turn’d to holy psalms,
A man-at- arms must now serve on his knees,
And feed on prayers, which are Age his alms:
But though from court to cottage he depart,
His Saint is sure of his unspotted heart.

And when he saddest sits in homely cell,
He’ll teach his swains this carol for a song,–
‘Blest be the hearts that wish my sovereign well,
Curst be the souls that think her any wrong.’
Goddess, allow this aged man his right
To be your beadsman now that was your knight.

Peele had a reputation among his peers of living dangerously regarding his sexual and emotional life, and he died at the age of forty of Syphilis, or ‘the pox,’ as it was then called.