What we know about Hamnet Shakespeare

Hamnet Shakespeare was born in Stratford-upon-Avon in January 1585.

The twins (Hamnet and Judith) were baptized on 2 February 1585 and named after two very close friends of the Shakespeare’s: the Stratford baker, Hamnet Sadler, and his wife, Judith. Hamnet was given the name ‘Sadler’ as a second name.

Hamnet died when he was eleven years old, in August 1596, due to unknown causes., It’s thought that he possibly died from the bubonic plague that killed around one-third of all children below the age of twelve in Elizabethan England.

Aside from these basic facts, little is known about the life of Hamnet Shakespeare. By the time Hamet was four his father was already famous, and as his career and business interests grew he was kept busy in London. He probably did not know his father very well as William lived and worked in London, most of the time, visiting his family in Stratford only occasionally.

Hamnet would have been raised mainly by his mother Anne and his grandparents John and Mary Shakespeare, in their house in Henley Street. The family was well-off and it is almost certain that Hamnet was receiving an education, probably attending lower school, where the citizens of Stratford sent their sons.

Hamnet’s name is one letter away from Shakespeare’s most famous play’s title, Hamlet, which has led scholars to speculate about the relationship between the son and the play.

Try as they may, though, there is general agreement that there is no connection, although no-one knows what may have been in the playwright’s mind. Certainly, however, there is plenty of poetry and drama about the death of a child in Shakespeare’s plays.

Of course, a writer such as Shakespeare was, uses all of his or her experience in the forging of their works, including the death of someone in the family. Some of Shakespeare’s most poignant poetry and dramatic moments are related to the death of a child.

Trying to tie the death of his son to anything Shakespeare wrote is a vain exercise, however, and, indeed, most attempts to gauge Shakespeare’s personal feelings with reference to his works fail. Some scholars have cited sonnet 37 where these lines appear:

“As a decrepit father takes delight
To see his active child do deeds of youth
So I, made lame by fortune’s dearest spight
Take all my comfort of thy worth and truth.”

But if there is a connection there it is a very tenuous one. Perhaps more credible is the scene at the end of King Lear where Lear recognizes his daughter is dead, and says:

This certainly sounds like a father heartbroken at the death of his child. 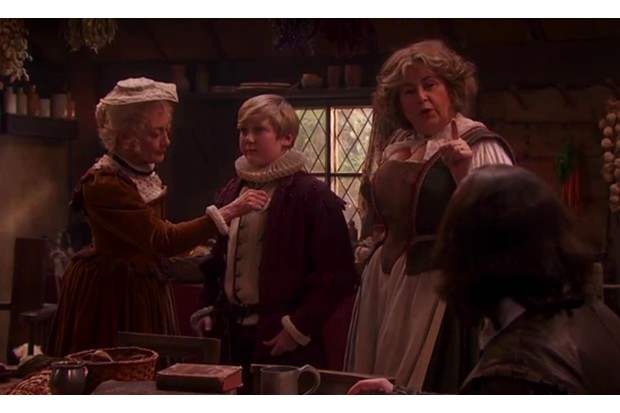 William and Anne (Hathaway) Shakespeare have no descendants living today. They had three children: Susanna, who was born in 1583, and twins Judith and Hamnet, born in 1585.

Susanna married John Hall in 1607 and they had one child, Elizabeth, in 1608. Elizabeth was married twice but never had any children. Judith married Thomas Quiney in 1616 and had three sons. One died in infancy and the other two both died unmarried in 1639.