Susanna Hall (nee Shakespeare) was the elder of Shakespeare’s two daughters. She was baptised on 26th May 1583 at Holy Trinity church in Stratford upon Avon and died on 11th July 1649. She married Dr John Hall in 1607. They had one child, Elizabeth. There are no descendants of William Shakespeare today.

When William Shakespeare and Anne Hathaway were married Anne was pregnant. They named the child Susanna – a name that may have had a meaning related to that pre-marital pregnancy. It’s the name the writer of the Book of Daniel in the Apocryphal Old Testament gave to the virginal young woman in the story in which two lecherous elders spy on her when she is bathing. Rejecting their advances, they accuse her of fornication. She appeals to the judge, Daniel, who investigates, finds her innocent, and sentences the elders to death.

“Susanna” means “spotless” or “pure.” Naming her in that way might have been the Shakespeares’ way of diverting attention from her parents’ premarital activities.

Susanna had two younger siblings – the twins Hamnet and Judith – and was raised in the family home owned by Shakespeare’s father, John, on Henley Street. Hamnet Shakespeare died at the age of eleven.

Susanna did not attend school, as the King Edward VI Grammar School where her father and uncles had been educated was only for boys. We do not know whether she had any formal education, but if she had learned to read and write it would have been by tutors coming to the house. We know that she could write her name as her signature exists in two documents.

In  1607, at the age of 24, Susanna married the 32-year-old physician, John Hall, to become Susanna Hall. If you go to Stratford-upon-Avon as a tourist one of the major attractions on the tourist circuit is Hall’s Croft, the splendid house the Halls owned, and where they lived until Shakespeare’s death in 1616, when they moved to his even more splendid house, New Place. 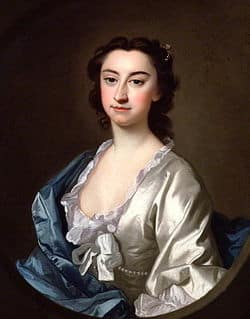 They had one child, Elizabeth, born in 1608. She was 3 years old when Shakespeare wrote The Tempest and although scholars know that any connection between Shakespeare’s plays and his experiences in life can’t really be made, it is interesting that whenever he visited Stratford during those three years there was this little girl – his only grandchild – whom he would have played with. The central idea in The Tempest is an old man from an old, corrupt city being refreshed and regenerated by an innocent young girl, who has grown up in a rural setting and never been to a city. It was a preoccupation of Shakespeare’s at that time, with other plays like The Winter’s Tale and Pericles exploring the same theme.

In June 1613 a young man, John Lane, accused Susanna of adultery with a Stratford haberdasher, Rafe Smith. He claimed that she had caught a venereal disease from Smith. It turned out that Lane had a grudge against John Hall. Hall sued him for slander and won when Lane didn’t appear in court. He was subsequently seen to be a serial slanderer and eventually dealt with by being imprisoned.

Shakespeare demonstrated his affection for Susanna and his respect for her husband by making Dr Hall the executor of his will and leaving the bulk of his estate to Susanna Hall. That included two houses on Henley Street, several pieces of land around Stratford and the jewel in the estate’s crown, New Place, one of the finest houses in Stratford. The Halls lost no time in moving in and they lived there with Susanna’s mother.

In 1657 Susanna was hostess to Queen Henrietta Maria, wife of King Charles I at New Place. She brought a thousand horses and a hundred wagons and stayed in Stratford for three days. Queen Henrietta was an enthusiastic theatre-goer, a great sponsor of the arts. She had known Ben Jonson and may have seen Shakespeare as a child. In any case, visiting his daughter may have been to talk about the man who, by 1657, was a legend of the London theatre.

Susanna died at the age of 66 and was buried in Holy Trinity Church beside her mother and father. The Holy Trinity Church is another attraction on the tourist circuit, well worth a visit as it is here that you can see the grave of William Shakespeare with its famous curse:

“Good friend for Jesus sake forbeare
To dig the dust enclosed here
Blessed be the man that spares these stones
And cursed be he that moves my bones.”

Susanna’s tomb also has an epitaph:

“Witty above her sex, but that’s not all,
Wise to salvation was good Mistress Hall.
Something of Shakespeare was in that, but this
Wholly of him with whom she’s now in blisse.
Then, passenger, hast nere a tear
To weep with her that wept with all
That wept, yet set herself to chere
Them up with comforts cordiall?
Her love shall live, her mercy spread
When thou hast nerre a tear to shed.”