Lysander is a character in Shakespeare’s A Midsummer Night’s Dream, one of the four lovers involved in a ‘love quadrangle’ made up of Lysander, Demetrius, Hermia and Helena. 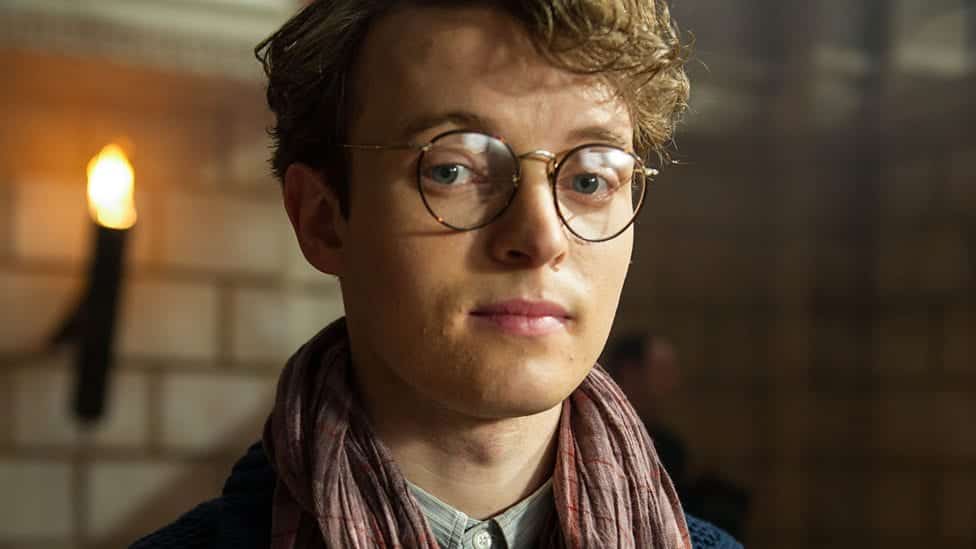 Lysander as plpayed by Matthew Tennyson

When Egeus appeals to the Duke the Duke rules that Hermia will either marry Demetrius by the next full moon or choose between death or confinement in a closed community of virgins, never to lay eyes on a man again. She and Lysander decide to run away to the forest. Demetrius is not prepared to accept that and follows them. Helena, hoping to get his attention follows him. Oberon, the fairy king, sees Helena declaring herself to Demetrius and pleading with him to love her. When Demetrius rejects her and tells her he hates her Oberon instructs Puck, one of the fairies, to cast a spell on him so that he will fall in love with the first thing he sees when he wakes up. Helena refuses to leave Demetrius and he can’t shake her off. In another part of the forest Lysander and Hermia lie down to sleep. Puck mistakes Lysander for Demetrius and puts the love potion in his eyes instead. Helena, chasing after Demetrius, stumbles upon the sleeping couple and wakes Lysander up. He immediately falls in love with her. She is bewildered and runs away from him. In the meantime, Demetrius gets tired and lies down to sleep. Oberon sees all this and instructs Puck to cast the spell on him to rectify the situation. But Hermia, now rejected by Lysander, who is in love with Helena, comes across the sleeping Demetrius. The first thing he sees when he wakes up is Helena. So now both men are in love with Helena and Hermia is the odd one out.

It’s complicated. There is a lot of fun and comedy, including a fight between the two men and between the two women, but eventually, with the help of the love potion, it is all sorted out with Lysander and Hermia paired and Demetrius and Helena paired. Egeus accepts the situation and the Duke pardons Hermia and it all ends happily for the lovers.

Lysander is a romantic. He has won the love of Hermia by bringing her little gifts, giving her candy and serenading her at her window by moonlight. He is not put off by her father’s rejection and opts for the romantic solution of their running away together, impractical as that may be. He accepts the situation with one of Shakespeare’s most famous lines: ‘The course of true love never did run smooth.’

In spite of that Lysander is no fool and understands that lovers face multiple obstacles and can be separated by many things – war, death, sickness. He also knows that love doesn’t last forever and should be fully enjoyed as it is usually short-lived.

In this play Shakespeare references the chivalric love rivalries of medieval romantic literature, in which two knights fight a courtly battle for the love of a particular woman. Lysander is the ‘modern’ version of Palemon in Chaucer’s Knight’s Tale, who fights with Arcite over a young woman they are both in love with.

One of the difficulties in sorting the story out is due to Shakespeare’s having made the two young men virtually interchangeable. The two women are very different indeed and one can’t mistake the one for the other. Shakespeare uses the device of making two characters indistinguishable when he wants to make a point. He does that in Hamlet by making a strong point that the audience will never be able to distinguish between Rosenkrantz and Guildenstern. He wants them to stand for all the minor agencies of political corruption, making the point that they are all the same. With Lysander and Demetrius, he’s having a bit of a chuckle. All lovers, inspired by the noble feelings being in love brings, think that they are special, but no, Shakespeare is saying, they are all the same – foolish rather than noble. Puck, watching their antics, comments, ‘Lord, what fools these mortals be!’

You have her father’s love, Demetrius.
Let me have Hermia’s: do you marry him. (act 1, scene 1)

Demetrius, I’ll avouch it to his head,
Made love to Nedar’s daughter, Helena,
And won her soul; and she, sweet lady, dotes,
Devoutly dotes, dotes in idolatry,
Upon this spotted and inconstant man. (act 1, scene 1)

Swift as a shadow, short as any dream,
Brief as the lightning in the collied night;
That, in a spleen, unfolds both heaven and Earth,
And ere a man hath power to say “Behold!”
The jaws of darkness do devour it up.
So quick bright things come to confusion. (act 1, scene 1)

Ay me! for aught that I could ever read,
Could ever hear by tale or history,
The course of true love never did run smooth. (act 1, scene 1)

Hang off, thou cat, thou burr! Vile thing, let loose,
Or I will shake thee from me like a serpent.