John Ernst Steinbeck was the author of 16 novels and various other works, including five short story collections.  He is widely known for the novels, East of Eden, Of Mice and Men, and particularly, the Puliter Prize winning novel, The Grapes of Wrath, his masterpiece, which is one of the great American novels: it has sold more than 15 million copies so far.  Several of the novels are considered classics of Western literature. He was awarded the Nobel Prize in Literature in 1962.

Steinbeck’s novels show an underlying strain of social and political commentary. He delved deeply into the human condition, exploring multiple themes of desire, alienation and friendship.

One of Steinbeck’s major themes, which he frequently returned to, is humans’ relationship to the land. In To a God Unknown and East of Eden he explores identity through the ownership of land as part of the American dream. In these novels there is the sub theme of the indifference of nature to human beings and human beings’ attempt to accommodate nature and combat its negative effects. That is something that runs through all of Steinbeck’s work. In both novels a main protagonist survives by entering a state of denial, maintaining a positive outlook in spite of the unfavourable, even disastrous, circumstances. 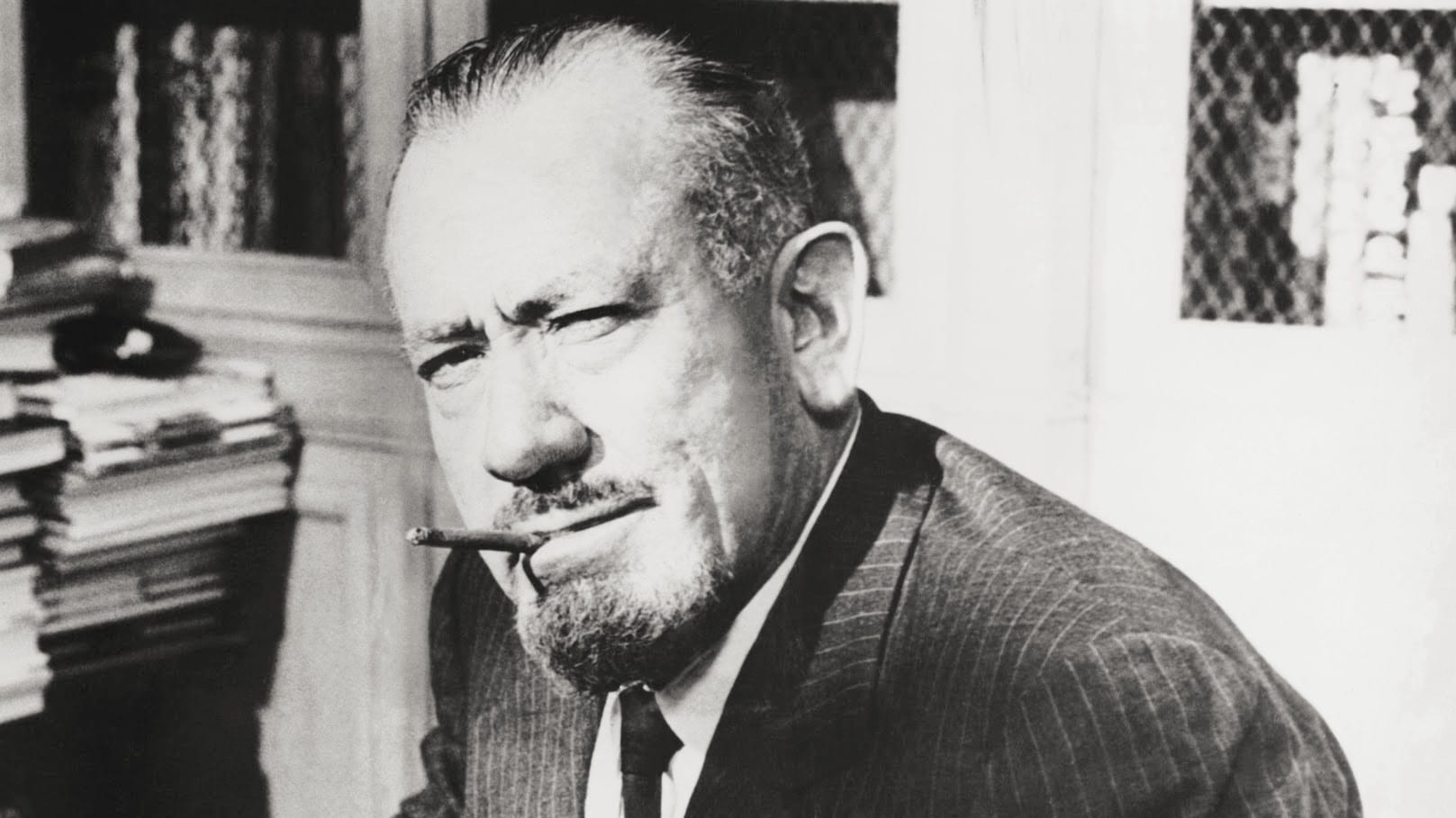 Of Mice and Men is arguably the most read novel of the 20th century: there can be hardly anyone who attended a school in America or Britain who has not read it. It is a standard feature on most GCSE syllabi in the UK. That has been the case for decades and still is. It’s a compelling story about two friends – Lennie, who has severe learning difficulties, and George, a family friend who has promised to look after him. Apart from being an exploration of friendship it is a story of the struggle against loneliness and powerlessness. Every one of the characters is lonely, all fighting against their solitude in the best way they can.

Loneliness suffuses every aspect of the book. For example it is set on a ranch and the nearby town is called Soledad, which means solitude.  George and Lennie, travelling together, attract suspicion from the other ranch hands as travelling with some other person is unheard of by them.  Though the ranch community live together they set up barriers against each other all the way through. The powerlessness of George and Lennie becomes desperate as they become increasingly unable to save enough money to be able to climb out of their dire circumstances. The powerless of each character is revealed and explored in the narrative.

The Grapes of Wrath is one of the great American novels, penetrating one of the deepest scars in America’s history. In the novel disenfranchised Oklahoma farmers travel across the country in an effort to survive in a world moving toward more industrialized agriculture and in which society has no interest in supporting the people displaced by these changes. It is a cry of rage from a socially and politically sensitive writer, exposing the social and economic horrors of farming life in the American dust bowl. It’s a campaigning novel in the Dickensian sense – not propaganda but a presentation of the real people and the nightmare they’re forced to endure.