Shakespeare seems to have a quote for just about any occasion imaginable, and Shakespeare on birthdays doesn’t disappoint.

The term ‘birthday’ is thought to have originated during Shakespeare’s lifetime in the 1570s, and although the concept of birthdays being celebrated as we do today was not common in Shakespeare’s era, “birth-day” is a word found in three of his plays:

In Julius Caesar, a few moments before Cassius and Brutus engage in battle with Antony and Octavius Caesar, Cassius, feeling his imminent death upon him, says, ‘this is my birthday; as this very day was Cassius born.’ There is no more about it, just that wistful statement, that comes out of the blue.

“This is my birth-day; as this very day
Was Cassius born.”

In Antony and Cleopatra, though, we see Cleopatra grasping the opportunity for an unexpected celebration on her birthday. Antony has just had Caesar’s messenger whipped. He’s in a foul mood but somehow gets a new wind and calls for the servants to fill the bowls for some late-night drinking. Cleopatra who has been feeling lonely and rejected is delighted with this change in mood. She says: ‘It is my birthday. I had thought to have held it poor,’ meaning that she had not expected anything for her birthday. But now she has something – not her birthday, though – to celebrate: Antony’s change of mood.  ‘Since my lord is Antony again,’ she says, I will be Cleopatra.’

“It is my birth-day:
I had thought to have held it poor: but, since my lord
Is Antony again, I will be Cleopatra.”

In Pericles, Pericles comes across 3 fishermen he has a conversation with, who tell him about the upcoming birthday and celebrations of the Kings daughter:

“Marry, sir, half a day’s journey: and I’ll tell
you, he hath a fair daughter, and to-morrow is her
birth-day; and there are princes and knights come
from all parts of the world to just and tourney for her love.”

“There was a star danced, and under that was I born.”

Much Ado About Nothing: Act 2, Scene 1

“To me, fair friend, you never can be old, For as you were when first your eye I ey’d, Such seems your beauty still.”

“All the world’s a stage, and all the men and women merely players”

“And send him many years of sunshine days!”

“One man in his time plays many parts.”

Shakespeare was obviously a fan of the occasional drink, as he references alcohol in may of his plays. Perhaps some of these Shakespeare quotes on drink, could provide inspiration for a suitable birthday message:

Let my liver rather heat with wine

Than my heart cool with mortifying groans”

“Do you think because you are virtuous, that there shall be no more cakes and ale?”

“Good wine is a good familiar creature, if it be well used.”

“Drink sir, is a great provoker of three things… nose-painting, sleep and urine”

And then we come to some of Shakespeare’s best quotes about age and ageing that could work well as a birthday card message, such as:

“”Life’s but a walking shadow, a poor player,

That struts and frets his hour upon the stage,

And then is heard no more.”

“When thou art old and rich

Thou hast neither heat, affection, limb, nor beauty,

To make thy riches pleasant.”

“A man loves the meat in his youth that he cannot endure in his age.”

Much Ado About Nothing: Act 2, Scene 3

And one last – super-inappropriate – age-related Shakespeare birthday quote (though probably not one for your granny!), how about this section of Hamlet’s classic to be or not to be speech:

To sleep, perchance to dream – ay, there’s the rub,

For in that sleep of death what dreams may come

When we have shuffled off this mortal coil,

Must give us pause. There’s the respect

That makes calamity of so long life…” 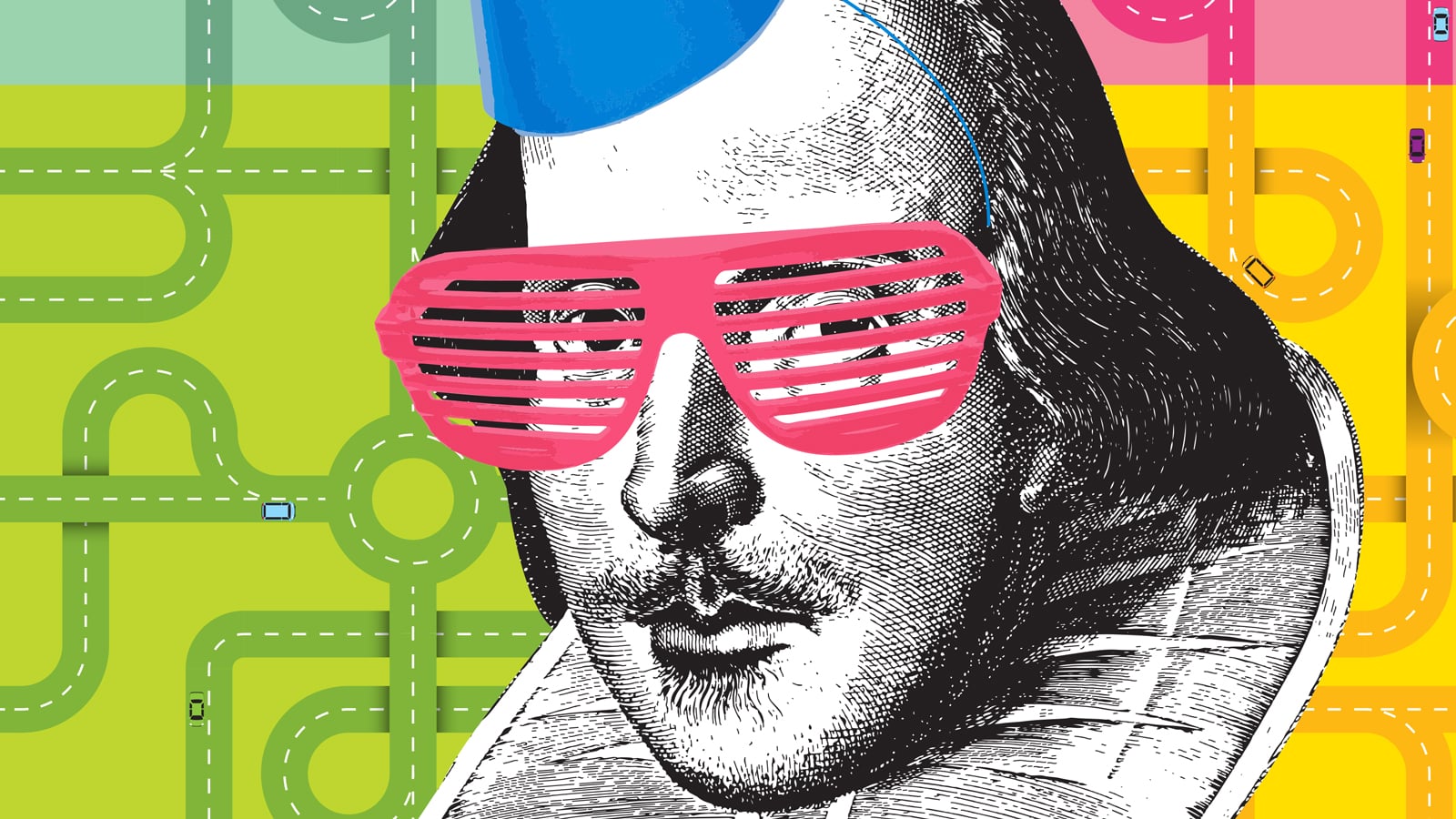 Shakespeare on birthdays – a quote for every occasion!

What do you think of these quotes by Shakespeare on birthdays – do any work to add to that birthday message you’re planning on writing? Or any Shakespeare birthday quotes we might be missing? Please join in and let us know your thoughts in the comments section below!