“Well said, that was laid on with a trowel.”

“Thus must I from the smoke into the smother,
From tyrant duke unto a tyrant brother”

“O, how full of briars is this working-day world!”

“Therefore my age is as a lusty winter,
Frosty, but kindly.”

“In thy youth thou wast as true a lover
As ever sighed upon a midnight pillow.”

“We that are true lovers run into strange capers.”

“Thou speakest wiser than thou art ware of.”

“Under the greenwood tree…”

“And thereby hangs a tale.”

“Most friendship is feigning, most loving mere folly.”

“All the world’s a stage
And all the men and women merely players;
They have their exits and their entrances;
And one man in his time plays many parts,
His acts being seven ages.”

“Love is merely a madness and, I tell you, deserves as well a dark house and a whip as madmen do, and the reason why they are not so punish’d and cured is that the lunacy is so ordinary that the whippers are in love too.”

“Down on your knees,
And thank heaven, fasting, for a good man’s love.”

“I pray you do not fall in love with me,
For I am falser than vows made in wine.”

“Forever and a day.”

“The fool doth think he is wise, but the wise man knows himself to be a fool.”

“O, how bitter a thing it is to look into happiness through another man’s eyes!”

Are we missing any great As You Like It quotes? Let us know in the comments section below. 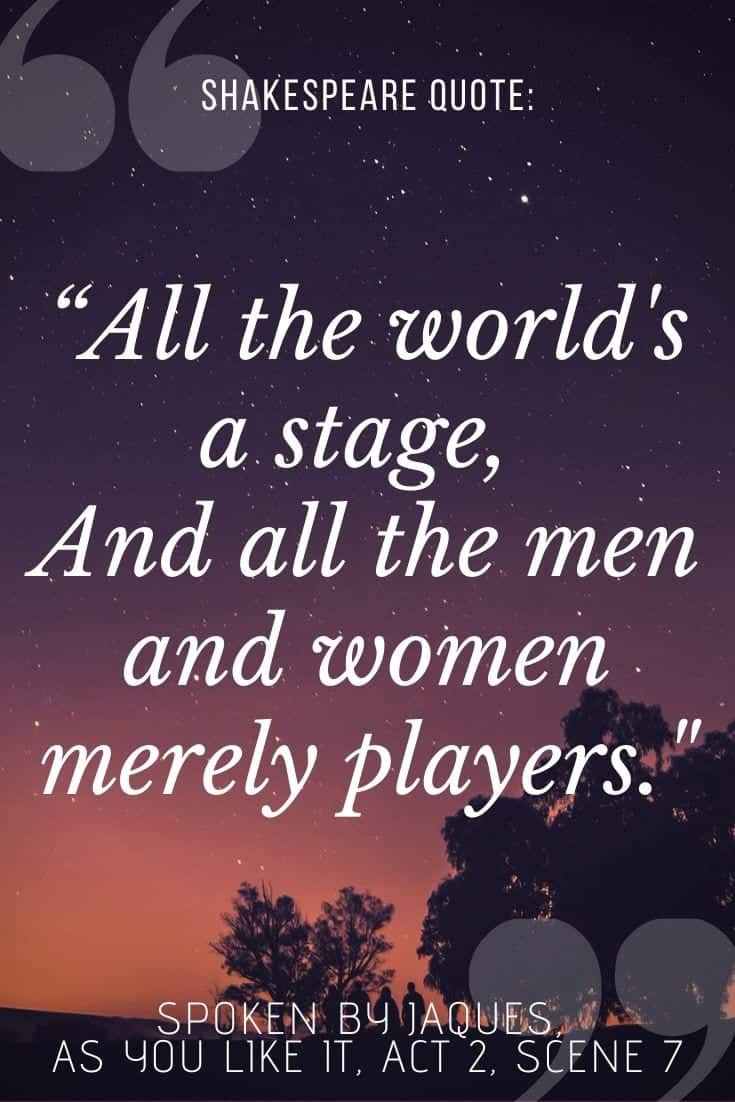