‘Something Is Rotten in the State Of Denmark’, Meaning

The play begins with Hamlet’s friend, Horatio, who is visiting the royal castle, Elsinore, going out on to the battlements because he has heard that the ghost of the recently murdered king, Hamlet’s father, has appeared to the officers on guard duty. While he is there the ghost appears but when they challenge it it refuses to talk to them and leaves. Horatio tells Hamlet about it and Hamlet goes out on to the battlements to see for himself. The ghost appears and beckons Hamlet, who follows it. They all tell him not to go but he insists and threatens them with violence if they try and stop him. While he is away, one of the officers, Marcellus, commenting on what the ghost’s appearance may mean, observes, “Something is rotten in the state of Denmark.”

On the surface he is saying that something bad is happening in the country. He is not only talking about the ghost but also about Denmark’s problematic relationship with Norway, a subject that the guards had been discussing. However, the line heralds two basic things about the text. The word “state,” points to the body politic: the play has a strong political element, and the word “rotten” indicates a corroding, decaying, unhealthy condition.

Political corruption is a major theme in the play. It reveals itself, not only in the actions of the characters but very strongly in the imagery. Images of corruption- decay, rotting, disease – proliferate throughout the text. The rottenness in the state of Denmark is reflected everywhere in images of ill health. with weeds overwhelming healthy plants, everything decaying and rotting, and with poison killing wholesome things. Right at the beginning of the play a guard, Francisco, says ‘I am sick at heart,’ setting the tone for the whole text.

We are constantly reminded of the pervading atmosphere of decay. Throughout the text we can trace a path of corruption that leads to death, through images of disease in the characters of Polonius, Claudius and Hamlet.

Polonius is an obviously corrupt character. He has been a senior counsellor to royalty long before the beginning of the play and he has been corrupt for years. He has a courteous, long-winded, comical manner but with a nastiness running shallowly beneath the surface. He is not only domineering in his abuse of Ophelia, but he is also controlling and dismissive of her as a daughter and a woman. We then see him being meddling and subversive, setting spies on his own son, and finally, fatally corrupt as he schemes and plots for Hamlet’s death. His own death is retribution for that. The final word on him is the stench of his rotting corpse, which Hamlet jokes about as officials search for his body.

Claudius is the centre of corruption in the kingdom and in the play, though. When Marcellus states, ‘Something is rotten in the state of Denmark’ he is talking about Denmark’s relationship with Norway but on the symbolic level he is summing up Claudius’ corrupting effect on the kingdom which is intensified by his unpunished crime. Claudius’ corrupt actions carry him to the throne and pollute the people around him causing chaos, sorrow and death. The image of rotting along with its stench permeating far and wide symbolizes the infectious quality of sin.

Hamlet tries to rise above the corruption but he has also become corrupted. He is unable to act – any action he takes will be morally dubious. Not taking revenge will reduce him and make him unfit for rule by his own standards, and taking revenge will do the same. He is trapped in a corrupt circle from which there is no escape. By the end of the play, he has murdered five people and caused the suicide of one. However, at the end of the play, when he is trapped in the corrupt plots of those around him he makes the conscious decision to do nothing and just allow the plotters to be destroyed by their own corruption. He dies but he brings all the corruption crashing down around him. Hamlet has to die: there is no way around it. He has drawn all the corruption on to himself and, with his death, destroyed it.

‘Something is rotten in the state of Denmark’ has become an English idiom, serving as a general description of corruption.

Every scene in the Hamlet text has images of disease woven into it – body pustules, pleurisy, ulcers, and diseases of the blood. Also, plant diseases – canker, blight, mildew etc. Those are echoed in the moral state of a Denmark dying from corruption with images of madness, drunkenness, murder, adultery, whoring, espionage, and war. Hamlet complains that the very air that he breathes is a “foul and pestilent congregation of vapours,” He is rotting with a “diseased will,” paralyzed by it.

Here is a selection of quotes from Hamlet that relate to rottenness:

“Virtue itself ‘scapes not calumnious strokes:
The canker galls the infants of the spring,
Too oft before their buttons be disclosed.”

“Something is rotten in the state of Denmark.”

“And curd, like eager droppings into milk,
The thin and wholesome blood: so did it mine;
And a most instant tetter bark’d about,
Most lazar-like, with vile and loathsome crust,
All my smooth body.”

“For if the sun breed maggots in a dead dog, being a god kissing carrion.”

“the air, look you, this brave
o’erhanging firmament
this majestical roof fretted
with golden fire, why, it appears no other thing to
me than a foul and pestilent congregation of vapours.”

“But I am pigeon-liver’d and lack gall
To make oppression bitter, or ere this
I should have fatted all the region kites
With this slave’s offal”

“Make you a wholesome answer; my wit’s diseased: but, sir, such answer as I can make, you shall command.”

“And thus the native hue of resolution
Is sicklied o’er with the pale cast of thought.”

“My mother stays:
This physic but prolongs thy sickly days.”

“Such an act
That blurs the grace and blush of modesty,
Calls virtue hypocrite, takes off the rose
From the fair forehead of an innocent love
And sets a blister there.”

“Look you now, what follows:
Here is your husband; like a mildew’d ear,
Blasting his wholesome brother.”

“Do it, England;
For like the hectic in my blood he rages,
And thou must cure me.”

“Not where he eats, but where he is eaten: a certain convocation of politic worms are e’en at him. Your worm is your only emperor for diet: we fat all creatures else to fat us, and we fat ourselves for maggots: your fat king and your lean beggar is but variable service, two dishes, but to one table: that’s the end.”

“To my sick soul, as sin’s true nature is,
Each toy seems prologue to some great amiss.”

“Her brother is in secret come from France;
Feeds on his wonder, keeps himself in clouds,
And wants not buzzers to infect his ear
With pestilent speeches of his father’s death”

“For goodness, growing to a plurisy,
Dies in his own too much”

“But, to the quick o’ the ulcer:–
Hamlet comes back”

“I’ faith, if he be not rotten before he die–as we
have many pocky corses now-a-days, that will scarce
hold the laying in–he will last you some eight year
or nine year: a tanner will last you nine year.”

“and is’t not to be damn’d,
To let this canker of our nature come
In further evil?” 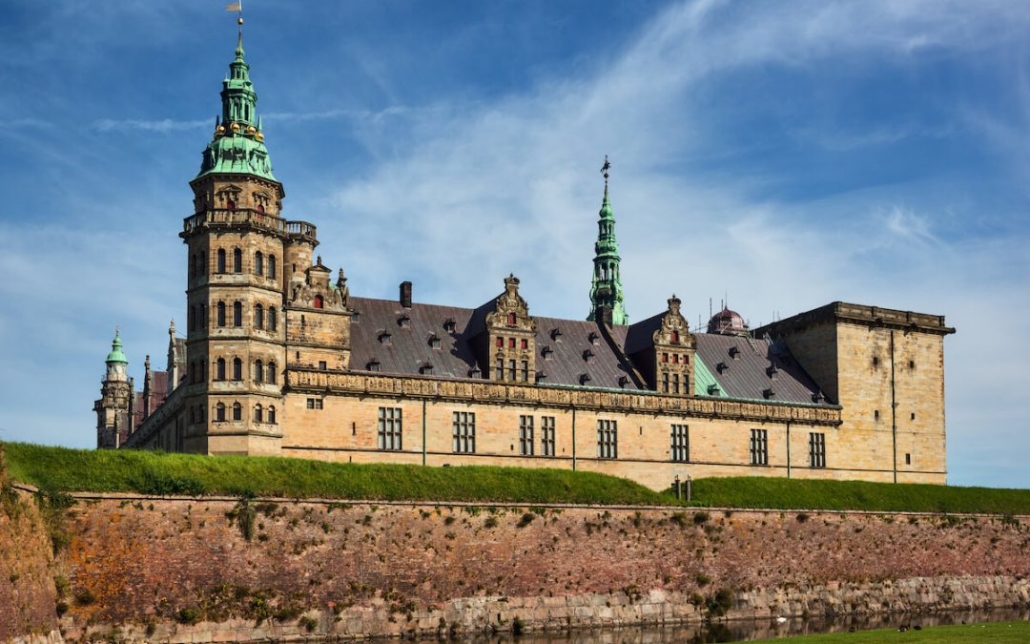