‘In A Nutshell’ Meaning & Context

‘In a nutshell’ is a phrase used by Shakespeare in the play Hamlet. However the idiom did not originate with Shakespeare, rather he took it from the Roman natural historian, Pliny the Elder. The phrase ‘in a nutshell’ made its first appearance in Pliny’s 77 AD work, Natural History, where he states:

“Cicero hath recorded, that the poem of Homer, called The Iliad, written on parchment, was enclosed within a nutshell.”

‘In a nutshell’ meaning

The main way we use the idiom today is to refer to something quite large reduced to something smaller, meaning just about the same as ‘to cut a long story short.’ It’s an explanation of something complex given in a simple, shortened way – the equivalent of saying, ‘in a few words.’

This meaning emerged in the 19th Century, first appearing in print in Thackeray’s The Second Funeral of Napoleon, 1841:

“Here, then, in a nutshell, you have the whole matter.” 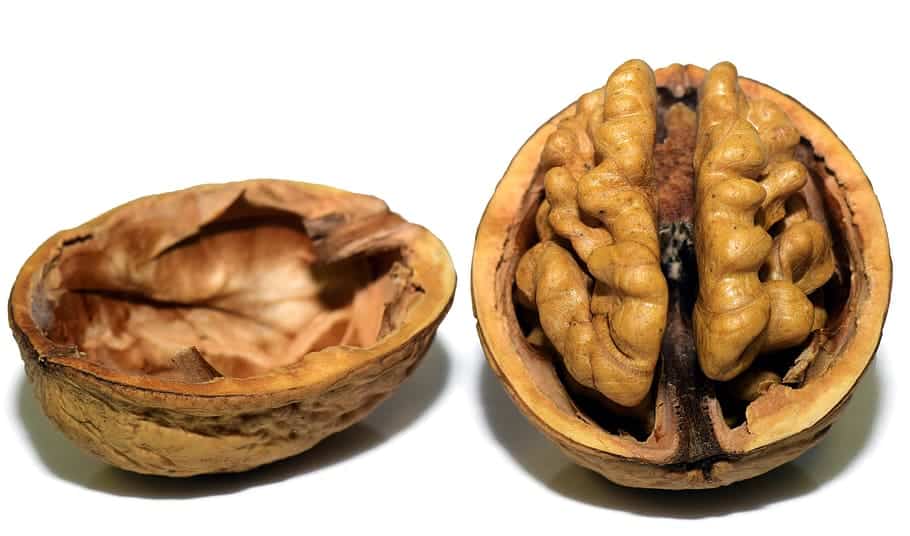 What’s actually in a nutshell?

Shakespeare’s use of ‘In a nutshell’

Two of Hamlet’s schoolmates are employed by Claudius to spy on him. One of them, Rosencrantz, suggests that he is ambitious. Hamlet replies: “O God, I could be bounded in a nut shell and count myself a king of infinite space.” He goes on to say “were it not that I have bad dreams.” He is saying that he could be contained in a nutshell and think he had everything he could want. A nutshell is tiny. Someone who could think of it as infinite space would not be ambitious.

He is denying that he is ambitious. The problem is the bad dreams, he says. Although he doesn’t explain that to Rosencrantz and Guildenstern he means all the things that are wrong are giving him nightmares – mainly his mother’s remarriage to Claudius and his father’s murder at the hands of his brother – that are keeping him from being content.

Origins of ‘In a nutshell’

Shakespeare went to the grammar school in Stratford, and for the years that he was there his curriculum consisted mainly of a study of the great Greek and Roman writers. He would have been familiar with the Roman natural historian, Pliny the Elder who coined the phrase ‘In a nutshell’.

Pliny the Elders’ reference to ‘The Iliad, written on parchment… enclosed within a nutshell’ was actually literal. The Iliad is a very long, complex, and complicated epic poem and it’s hard to imagine the manuscript being bound in a nutshell. That is particularly so, as at the time it was written literary manuscripts were generally clay tablets, but Cicero told that story.

However, this is the stuff of legends and it’s not likely that the manuscript, when typed out today is about 700 A4 pages and would have taken at least four times as many clay tablets. Pliny the Elder, a scrupulous researcher, had been told that Cicero had seen a minute version of the text. It’s ridiculous, but carries the idea of something complex being compacted to the extent that it can be squeezed into a nutshell, and hence the idiom of such a phenomenon.

Squeezing a text into a nutshell was beyond the technological ability of the ancient Greeks but modern nanotechnology has made it a simple matter. The whole of the Bible can be printed on a pinhead so a Bible, the complete works of Shakespeare, the Oxford dictionary, and several other texts can all lie comfortably in a single nutshell, each text readable with the help of a microscope

Shakespeare, who must have come across Pliny’s story of The Iliad being bound in a nutshell, grabbed it to use as part of his image-making, as he always did when he came across something that took his attention, and he gave the phrase to Hamlet.