Read our selection of the best known and inspiring Japanese proverbs below.

A proverb is a brief, simple, traditional saying that gives advice based on practical experience, often in the form of a metaphor or allegory Proverbs are popular in spoken language, and form part of the folklore of a culture, passing down the generations.

Japan is famous for many things – including their ancient cultural wisdom, which is often expressed in the form of beautiful Japanese proverbs. These proverbs stem from insightful observations about Japanese life and people, and are usually worded with simplicity. Read on below for 50 of the most inspiring and thought-provoking Japanese proverbs.

“A bad wife spells a hundred years of bad harvest.”

“A frog in a well does not know the great sea.”

“A kite breeding a hawk.”

“A monk for just three days.”

“A samurai, even when he has not eaten, uses his toothpick.”

“After the rain, earth hardens.”

“An apprentice near a temple will recite the scriptures untaught.”

“Country is in ruins, and there are still mountains and rivers.”

“Due to the presence of fools wise people stand out.”

“Dumplings rather than flowers.” 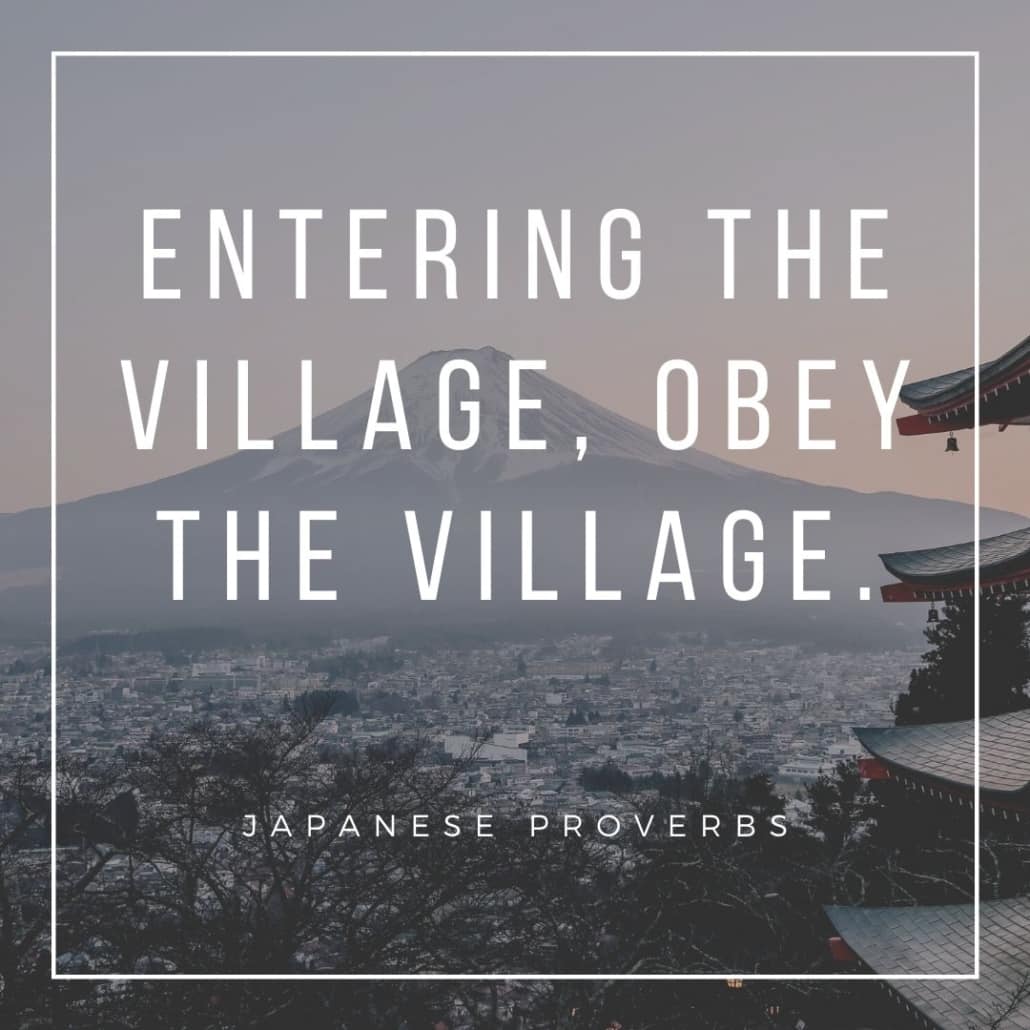 “Even a fool has one talent.”

“Even monkeys fall from trees.”

“Giving birth to a baby is easier than worrying about it.”

“Half an hour in a spring evening is worth a thousand gold pieces.”

“If you do not enter the tiger’s cave, you will not catch its cub.”

“If you make a mistake, don’t hesitate to correct it.”

“It is foolish to deal with a fool.”

“It is the same life whether we spend it crying or laughing.” 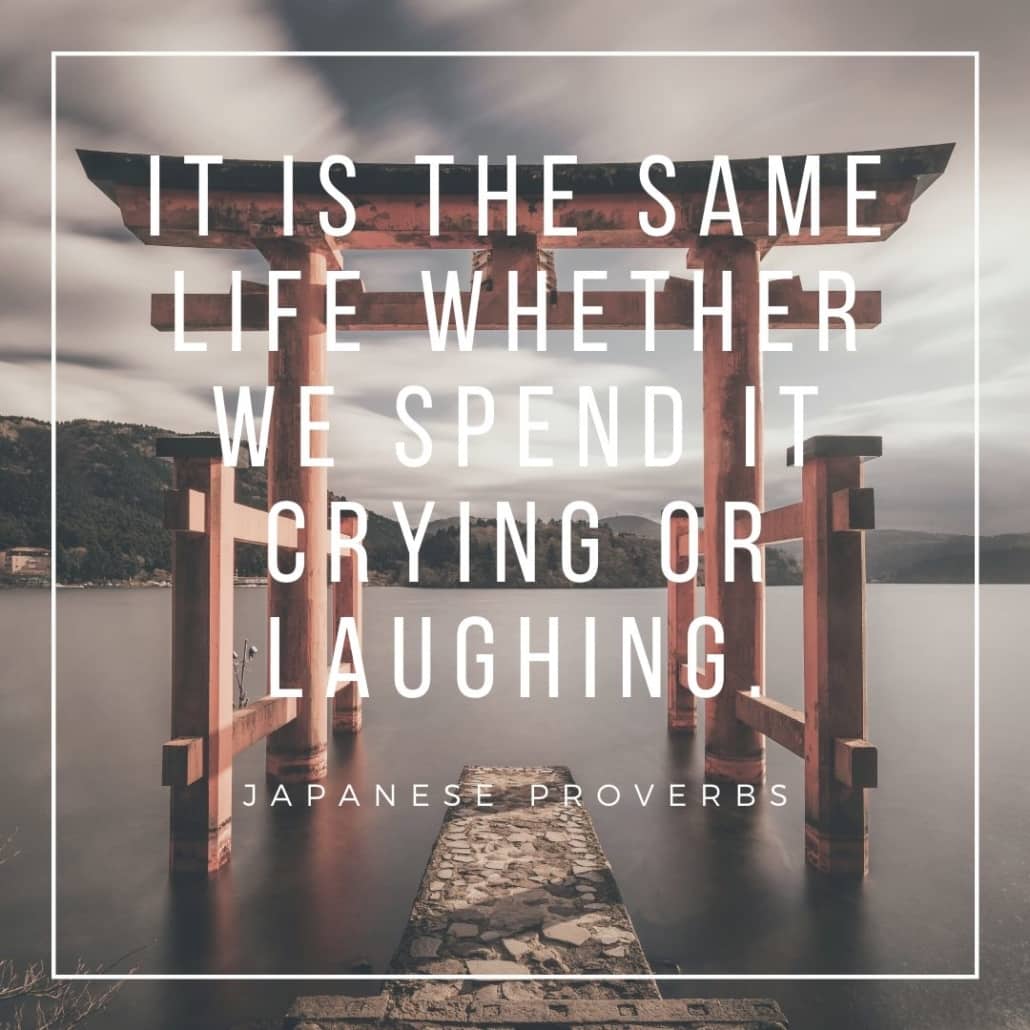 “Luck exists in the leftovers.”

“One cannot quarrel without an opponent.”

“One who chases after two hares won’t catch even one.”

“People want to avoid the dew before they become wet.”

“Spilt water will not return to the tray.”

“The eyes are the mirror of the soul.”

“The hawk with talent hides its talons.”

“The more stupid the child the dearer it is.”

“The neighbour’s lawn is green.”

“The soul of a three year old until a hundred.”

“The stake that sticks out gets hammered down.”

“There are even bugs that eat knotweed.”

“Unless an idiot dies, he won’t be cured.”

“Wake from death and return to life”

That’s your lot for Japanese proverbs. What do you think – any great ones that we’re missing? Drop us a line in the comments section below.