Hot-blooded is used to describe someone who is passionate, or easily excited, or quick-tempered. It can also mean angry or sexually aroused.

Hot-blooded is also used to describe the three main types of horse, as bred by human beings over several centuries.

Horses that were developed for use in draft and agricultural work were bred to have a calm temperament. They are described as cold-blooded and are the large-boned, heavy-bodied Percherons, Shires, Clydesdales and Belgians. Those bred for fast sports like polo and racing – Arabians and Thoroughbreds – are in the hot-blooded category, developed for their athletic energy.  The cross-bred Dutch, Hanoverian Holsteiner and Trakhener are a mixture of the hot and cold-blooded, described as ‘warm-blooded.’ They are calmer than the hotbloods and more spirited than coldbloods, and are used for riding, eventing and dressage.

However, when we talk about someone being hot-blooded, we are generally talking about people rather than horses.

The origin of the term ‘hot-blooded’

The first use of the term ‘hot-blooded’ to mean someone aroused or impassioned appears in The Merry Wives of Windsor, Act 5 scene 5. Falstaff, hoping to seduce two married women, says, in a soliloquy, “Now the hot-blooded gods assist me.” He is highly aroused with lustful anticipation:

‘The Windsor bell hath struck twelve;
the minute draws on. Now, the hot-blooded
gods assist me! Remember, Jove, thou wast a
bull for thy Europa; love set on thy horns.
O powerful love! that, in some respects, makes
a beast a man, in some other, a man a beast.’

Lear is suggesting that his son-in-law, the King of France, is irrational because he took Lear’s daughter, Cordelia, as his wife without a dowry.

Return with her?
Why the hot-blooded France, that dowerless took
Our youngest borne, I could as well be brought
To knee his Throne, and Squire-like pension beg,
To keep base life a foot; return with her?’ 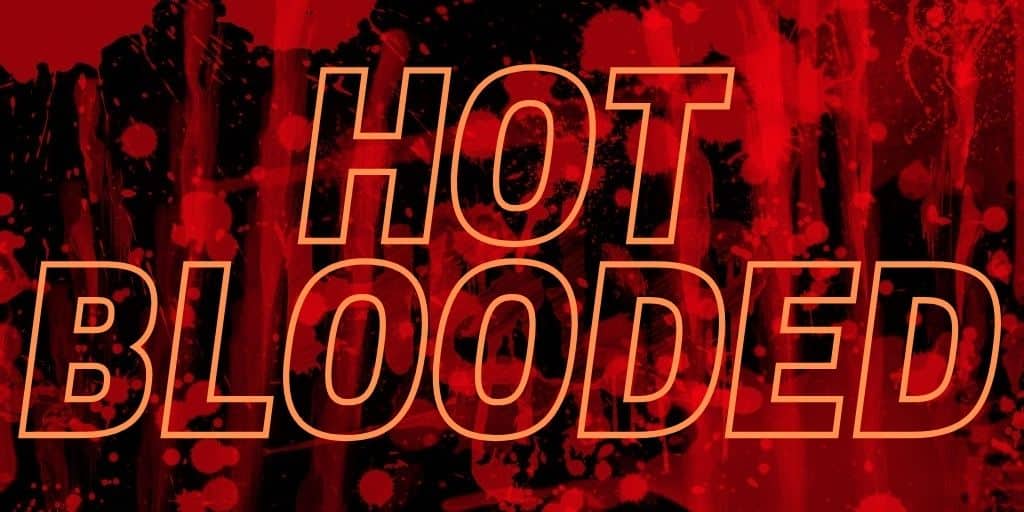 Shakespeare’s general use of the word ‘blood’

Shakespeare’s plays and those of his Jacobean contemporaries in particular are saturated in blood. It is frequently used as the link that binds family members together. We still use that idea today in the way we think of relatives being of the same blood, and so we have such phrases as ‘blood is thicker than water.’

‘Blood’ is also used to suggest temperament, with cold blood suggesting a calm, controlled, objective and often cruel manner and hot blood being impulsive and irrational.

‘Blood’ suggests youthfulness, and young men are often referred to as bloods.

‘Blood’ can also refer to courage.

Most of all, though, those plays are very violent and Macbeth, one of the most violent, for example, has more than forty incidences of the word. Moreover, Shakespeare uses the word in one way or another in every one of his plays.