‘What You Egg’, Meaning & Context

“What you egg!” is a line taken from Act 4, Scene 2 of Shakespeare’s play, Macbeth, and is one of the more well known – and seemingly bizarre – Shakespeare insults.

The word ‘egg’ meant exactly the same in Elizabethan times as it does today. To call someone an egg was as bewildering then as it is today. But Shakespeare would not have had a character calling another an egg if he hadn’t had a sound reason for it.

Context of “What, you egg!”

In Shakespeare’s play Macbeth, who has become king, sends murderers to kill Macduff. Macduff has fled to England to raise an army and bring it to Scotland to dethrone Macbeth, and when the murderers find that he’s gone they kill his whole family and all the servants.

The murderers arrive while Lady Macduff is telling one of her sons, a little boy, about his father having fled, and answering his questions. One of the murderers demands: “Where is your husband?” Lady Macduff replies that she hopes he’s not in any place like Hell, where the murderer would find him. “He’s a traitor,” the murderer says.

At that, the little boy yells “Thou liest, thou shag-eared villain!” Perhaps he kicks the murderer, or punches him – Shakespeare leaves that up to the actors.

The murderer exclaims “What, you egg!” He grabs the child and plunges his knife into him. He follows that with “young fry of treachery!” and the boy dies. ‘Fry’ is a well-chosen word for the murderer to use before killing Macduff’s son – a fry is a tiny fish or bird, a creature of no consequence. The word can also mean a small child.

Meaning of ‘”What you egg!”

Here we have an innocent, defenseless child – described as a bird’s egg and a fledgling. Just before the murderers appear Lady Macduff is saying goodbye to her cousin Ross, a Scottish nobleman. She’s complaining about Macduff having fled instead of staying to fight and protect his family. She puts it like this:

“He loves us not;

He wants the natural touch: for the poor wren,

The most diminutive of birds will fight,

Her young ones in her nest, against the owl.

All is the fear and nothing is the love;

As little is the wisdom, where the flight

So runs across all reason.”

The main strand of imagery running through this scene is about birds. We have a small wren, a fry, and an egg, defenseless against their predator – an owl. We also have Macduff’s leaving described as a flight.

And so, in the symbolic structure of the play, with the line “What, you egg!” Macduff’s son is an egg, an innocent child, like a bird that has not yet hatched, and therefore entirely at the mercy of a predator, and cut off before it has a chance of developing into a full-grown bird. 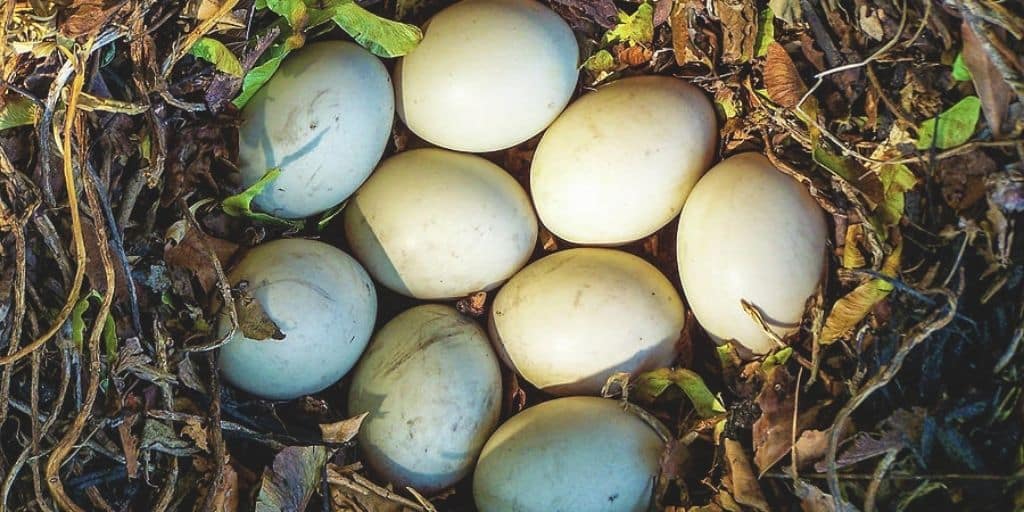 Other bird references in Macbeth

The line “What, you egg!” and other bird references in Act 4, Scene 2 of Macbeth are part of a whole body of bird images throughout the text (Shakespeare was fond of quotes about birds). When Macduff hears about the slaughter of his family he takes up the bird imagery again. He says ‘What, all my pretty chickens and their dam/At one fell swoop?” That’s a comprehensive picture of a bird of prey swooping down and grabbing all the chickens and the mother bird in one go. He also laments their deaths by exclaiming “O hell-kite!”

The association of Macbeth with birds of prey is used throughout the text. Such symbolism serves to add another level to the text. The life of birds is a comparison with life in Macbeth’s Scotland where the weakest and most innocent are vulnerable to the heartless, cruel, and determined acts of their predators, Macbeth being the main one, described as a kite and an owl.

Did someone really just murder a child?

Macbeth is Shakespeare’s most violent and bloody play. This is probably the most important scene in the play, and it’s the most violent. The king, Duncan, is slaughtered earlier in the play. It’s a very bloody murder but it is not shown on stage. We hear about it from Macbeth and Lady Macbeth and we see them drenched in blood after the murder has taken place.

The slaughter of the child is shown onstage. It’s very shocking to see a child murdered in that way and, depending on how bold the director is, it can be made as brutal and difficult to watch as they want to make it, although just a quick stabbing is shocking enough. Even the Elizabethan audience, used to seeing violence on stage would have found it shocking. The graphic murder of a child on the stage or in a film is taboo today and would have been then.

Shakespeare had the child-slaughter done onstage for a very important reason. It marks a divide. The scene opens the audience’s eyes to what Macbeth has become. We have seen him as a hero: even after he has murdered Duncan we are still on his side, but now he becomes a villain.

Shakespeare achieves that by the way he manipulates the audience’s response. In the first half of the play, he makes the audience see the world through Macbeth’s eyes. In that way – being inside his head – we share his ambitions, his fears, his scruples, hesitations, desires, and finally, pushed by Lady Macbeth, we share the assassination experience and the beginnings of guilt, and so on. He begins to be a ruthless killer of those who threaten him, and we still stay with him, and then, when we see his men murdering a child, our eyes are opened.

From that moment we see Macbeth for what he has become and we are helped by a new view of Macbeth, from the point of view of other characters from here on rather than by being inside Macbeth’s head. Shakespeare deliberately does not let us see the murder of Duncan because he wants to keep us identifying with Macbeth at that point, then suddenly, we are appalled by this monster.