A person who is described as fancy free is someone who has no ties to anyone and no commitments. The phrase is taken from Shakespeare’s play, A Midsummer Night’s Dream.

“Fancy free” also means doing anything you want to. The term is often coupled with “footloose”, which makes the idiom “footloose and fancy free,” meaning going wherever one likes and doing whatever one wants to – in other words, being completely free.

To fancy something means to want or desire something. It also means to be attracted to something and can also mean taking a transient liking to someone or something.

This is another of Shakespeare’s terms that have been taken up and are used daily more than four centuries later. The first appearance of the term fancy free is in Shakespeare’s 1598 play, A Midsummer Night’s Dream.

The Fairy King, Oberon, is talking to his servant, Puck, about falling in love:

“But I might see young Cupid’s fiery shaft
Quench’d in the chaste beams of the watery moon,
And the imperial votaress passed on,
In maiden meditation, fancy-free.” 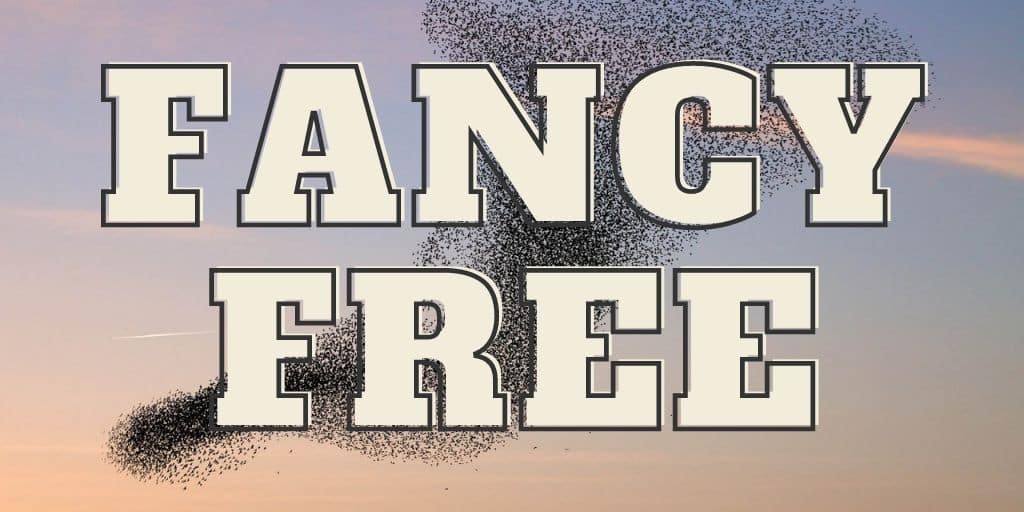 In Elizabethan England the word ‘fancy’ referred to the state of thinking about love.  So, to be ‘fancy free’ was to be free of the torturous state of being in love and thus free to do as one pleased.

The Victorian poet, Alfred Lord Tennyson used it in that sense in the poem Locksley Hall:

“In the Spring a young man’s fancy lightly turns to thoughts of love.”

Adding “footloose” to the equation and using it in the amatory sense was an American phenomenon. It first appeared in that context in an 1877 edition of the “Daily Arkansas Gazette”:

Before that, however, in 1869, the term “footloose and fancy free” was used in a political context in “The Courier Journal” from Louisville, Kentucky:

“As we are foot loose and fancy free, with the whole country to pick and choose from…”

Other idioms based on the word “fancy”

Take a fancy to something

Whenever the fancy takes one

A flight of fancy

Whenever the fancy takes you

Fancy oneself as something

To wish for, to want, to desire