Looking for Henry VI Part 1 quotes? Read our selection of the very best quotes from Henry VI Part 1, along with speaker, act and scene. The play follows the action as King Henry VI grows from childhood to a young adult. Shakespeare brings King Henry VI and the his court to life with memorable dialogue and some fantastic quotes.

Read on below for the most well known Henry VI Part 1 quotes:

King Henry the Fifth, too famous to live long
England ne’er lost a king of so much worth.

Your hearts I’ll stamp out with my horse’s heels
And make a quagmire of your mingled brains.

My thoughts are whirled like a potter’s wheel:
I know not where I am, nor what I do.

No longer on Saint Dennis will we cry,
But Joan la Pucelle shall be France’s saint.

I have heard it said, unbidden guests
Are often welcomest when they are gone.

Faith, I have been a truant in the law,
And never yet could frame my will to it,
And therefore frame the law unto my will.

I have perhaps some shallow spirit of judgement:
But in these nice sharp quillets of the law,
Good faith, I am no wiser than a daw.

Here I prophesy: this brawl today,
Grown to this faction in the Temple garden,
Shall send, between the red rose and the white,
A thousand souls to death and deadly night.

Believe me, lords, my tender years can tell
Civil dissension is a viperous worm
That gnaws the bowels of the commonwealth.

No simple man that sees
This jarring discord of nobility,
This shouldering of each other in the court,
This factious bandying of their favourites,
But that it doth presage some ill event.

‘Tis much when scepters are in children’s hands.

I owe him little duty, and less love.

Here on my knee I beg mortality,
Rather than life preserved with infamy.

Now thou art come unto a feast of Death,
A terrible and unavoided danger.

I’ll either make thee stoop and bend thy knee,
Or sack this country with a mutiny.

I prithee give me leave to curse awhile.

So doth the swan her downy cygnets save,
Keeping them prisoners underneath her wings.

To be a queen in bondage is more vile
Than is a slave in base servility.

Break thou in pieces, and consume to ashes,
Thou foul accursèd minister of hell!

Marriage is a matter of more worth
Than to be dealt in by attorneyship.

Are we missing any great Henry VI Part 1 quotes? Let us know in the comments section below. 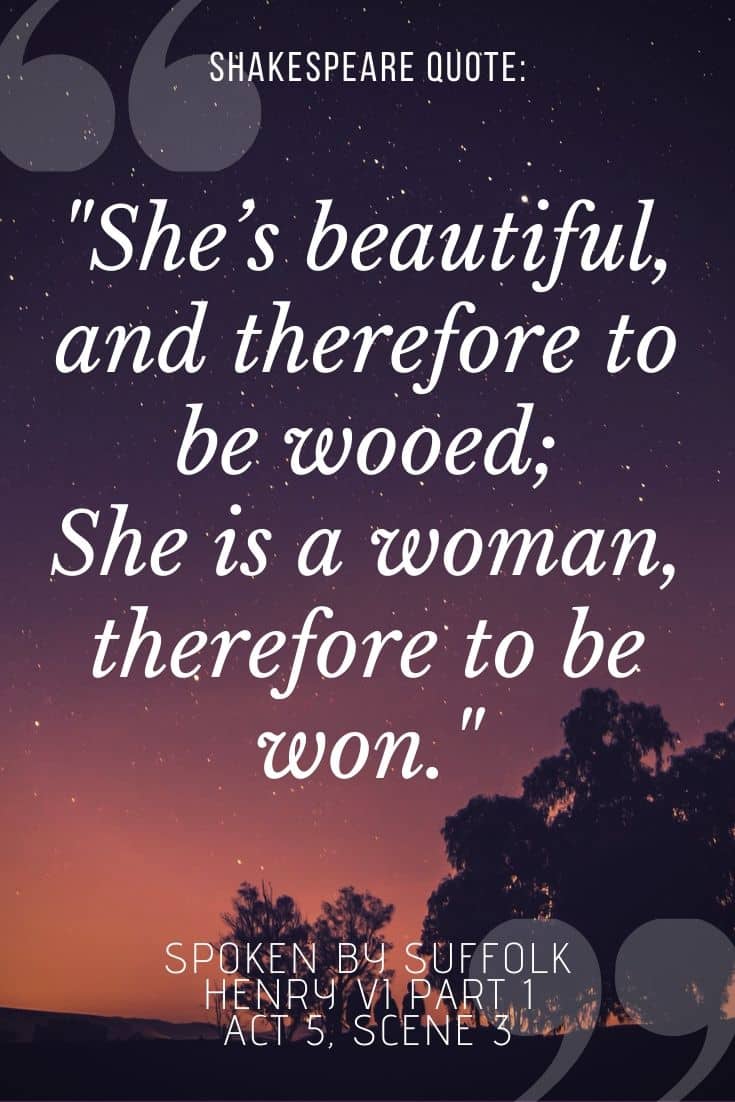