On this page, we’ve pulled together a selection of the funniest Shakespeare quotes.

Although Shakespeare wrote more than 400 years ago, many of his words are timeless, with the ability to succinctly write about themes that capture universal human emotions, and are highly relatable even today. The same cannot be said of Shakespeare’s jokes. Whilst Shakespeare plays did have jokes in the. Due to the evolution of language since Shakespeare’s time it can often be hard to understand exactly where something amusing is being said when watching or reading Shakespeare… and if you have to explain a joke then it often loses its amusing quality!

So in this selection of funniest Shakespeare quotes we’ve stuck to the most amusing Shakespeare insults, a few obviously funny one-liners, and finish with one of Shakespeare’s dirtiest jokes which does require some explanation, but is worth it.

So let’s start looking at the funniest Shakespeare quotes:

“I do desire we may be better strangers”

“Come, thou monarch of the vine, Plumpy Bacchus with pink eyne!”

“If manhood, good manhood, be not forgotten upon the face of the earth, then am I a shotten herring (a herring which has spawned).”

“There live not three good men unhanged in England: and one of them is fat.”

“I must to the barber’s, monsieur; for methinks, I am marvellous hairy about the face: and I am such a tender ass, if my hair do but tickle me, I must scratch.”

Bottom, in A Midsummer’s Night’s Dream, Act IV, Scene I

All’s Well that Ends Well (Act 3, Scene 2) (Clown, in response to being told that his answer fits all questions)

“More of your conversation would infect my brain.”

“I’ll beat thee, but I would infect my hands.”

“There’s no more faith in thee than in a stewed prune.”

“Thine face is not worth sunburning.”

“This woman’s an easy glove, my lord, she goes off and on at pleasure.”

“Thou art as fat as butter.”

“Thou damned and luxurious mountain goat.”

“Thy sin’s not accidental, but a trade.”

“You are as a candle, the better burnt out.”

“Villain, I have done thy mother.”

“Thou sodden-witted lord! thou hast no more brain than I have in mine elbows”

“Would thou wert clean enough to spit upon!”

“Go, prick thy face and over-red thy fear,
Thou lily-livered boy”

Shakespeare – and his Elizabethan audiences – had a liking for innuendo and dirty jokes, so we had to include one in this list of funniest Shakespeare jokes.

This particular one may need a little explaining… In Twelfth Night Malvolio is reading a letter that has been planted for him as a practical joke and which he believes comes from the lady of the house, Olivia, declaring her love for him. It’s probably Shakespeare’s most crude linguistic joke, as the line would have been read, ‘her very C’s, her U’s, ‘n’ her T’s,’ and the Elizabethan audience would have been quick to understand what was being spelled out. And Shakespeare being Shakespeare, he adds an extra chuckle with the additional toilet-humour line of making great P’s! 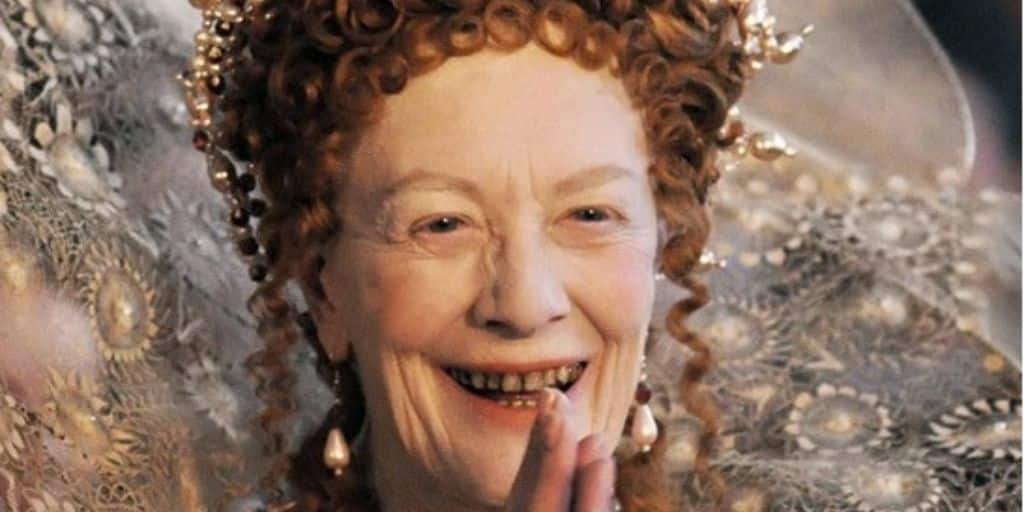 What do you think of these funniest Shakespeare quotes? Did any make you actually lol? We’d also love to hear if there are any other funny Shakespeare lines we should add to this list. Let us know in the comments section below!