‘Full circle’ is a term that is very widely used by English Speakers, usually that something in their life has ‘come full circle.’

The origin of ‘full circle’

It is generally accepted that the first use of the term ‘full circle’ in literature appears in Shakespeare’s play, King Lear.

Two half brothers, Edmund and Edgar, have met in battle and Edmund has been wounded by his brother and is dying. He has plotted and schemed against Edgar but it has caught up with him and he is now the subject of Edgar’s revenge. The dying Edmund is resigned to his defeat and recognises that the things he has done have rebounded on him.

Edgar:
The gods are just, and of our pleasant vices
Make instruments to plague us:
The dark and vicious place where thee he got
Cost him his eyes.

The words ‘full’ and ‘circle’ are used together to describe the way one’s deeds rebound on one. Those actions pass through several phases and evoke many responses, affecting a lot of people, and then catch up with one, returning them to the place where they started. In that way, those deeds have gone on a journey but gone nowhere – only returning to the place where they started – a full circle. 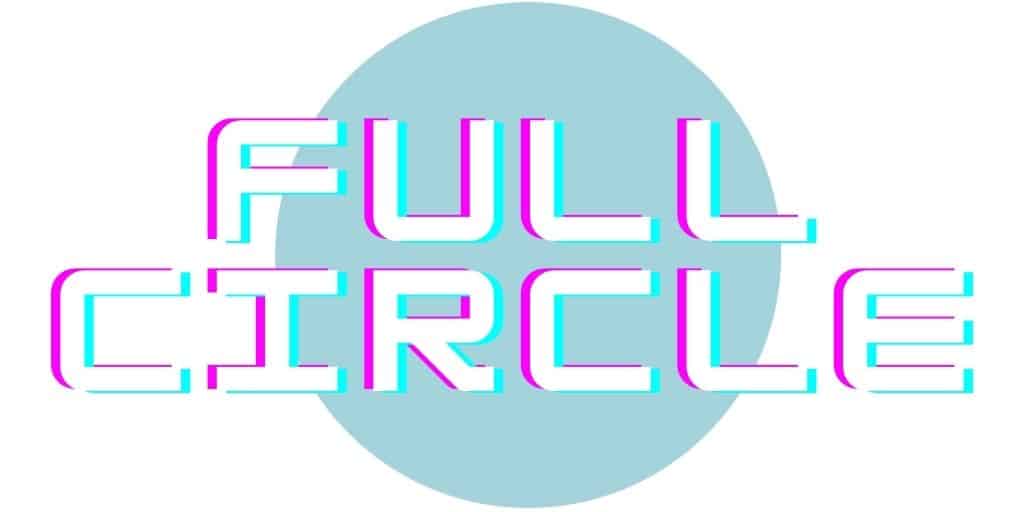 ‘Full circle’ is used for more than that outlined above. We use it a great deal in our conversation: for example, in the world of fashion, flared trousers were in fashion half a century ago but have become fashionable again. In that sense, we may say that the fashion has come full circle.

Someone, having been away from their country of birth, returning in old age, is said to have come full circle.

The cultural meaning of the circle

The circle is a highly symmetric shape: every line through the centre forms a line of reflection symmetry, and it has rotational symmetry around the centre for every angle.

Circles are among the oldest of geometric symbols, and commonly represent unity, wholeness, and infinity. Pythagoras called the circle “monad,” the most perfect of creative forms, without beginning or end, without sides or corners. He associated the circle with the number 1 and the practice of monotheism.

The circle is a favourite symbol among the different human cultures. That is because it has no defects: it is a perfect shape that has no beginning and no end – in that sense it suggests something eternal. There is no corner, edge, or ending to mark where one line ends and another one begins. One can trace a circle with a finger and never come to the end of it. That has obvious implications for religion, the mysteries of human existence, and the notion of a God, without a beginning or an end.

The circle in religion

The circle is a powerful Christian symbol. It is pre-Christian but its original symbolic meaning has been adopted by the Christian religion that teaches eternal life and never-ending existence. The Latin cross is surrounded by a circle, representing those things.

In Buddhism, a circle represents enlightenment and perfection in unity with the primal principles.

Circles are symbols of the Judeo-Christian God and sanctity, appearing as haloes.

In Chinese symbology, the circle represents the heavens.

Circles are also often seen as protective symbols. In occult practices, standing within a circle shields people from supernatural dangers or outside influences.