Julius Caesar is a Shakespeare play with many instantly recognisable quotes – ‘Friends, Romans, countrymen’ anyone? As with so many of his plays Shakespeare brings the characters to life with fantastic dialogue and some very memorable quotes. Read our selection of the very best Julius Caesar quotes below, along with the character speaking, act and scene.

Why, man, he doth bestride the narrow world
Like a Colossus; and we petty men
Walk under his huge legs, and peep about
To find ourselves dishonourable graves.

Beware the Ides of March.

Men at some time are masters of their fates.
The fault, dear Brutus, is not in our stars
But in ourselves, that we are underlings.

Yond Cassius has a lean and hungry look:
He thinks too much: such men are dangerous

But, for mine own part, it was Greek to me.

Let’s carve him as a dish fit for the gods.

When beggars die there are no comets seen:
The heavens themselves blaze forth the death of princes.

Death, a necessary end, will come when it will come

Cowards die many times before their deaths,
The valiant never taste of death but once.
Of all the wonders that I yet have heard,
It seems to me most strange that men should fear,
Seeing that death, a necessary end,
Will come when it will come.

But I am constant as the Northern Star,
Of whose true fixed and resting quality
There is no fellow in the firmament.

Cry havoc and let slip the dogs of war.

As he was valiant, I honor him. But as he was ambitious, I slew him.

Now let it work. Mischief, thou art afoot. Take thou what course thou wilt.

This was the most unkindest cut of all.

The evil that men do lives after them
The good is oft interred with their bones.

Romans, countrymen and lovers! Hear me for my cause

There is a tide in the affairs of men.

Are there any great Julius Caesar quotes that are missing from the above list? Please let us know in the comments below! 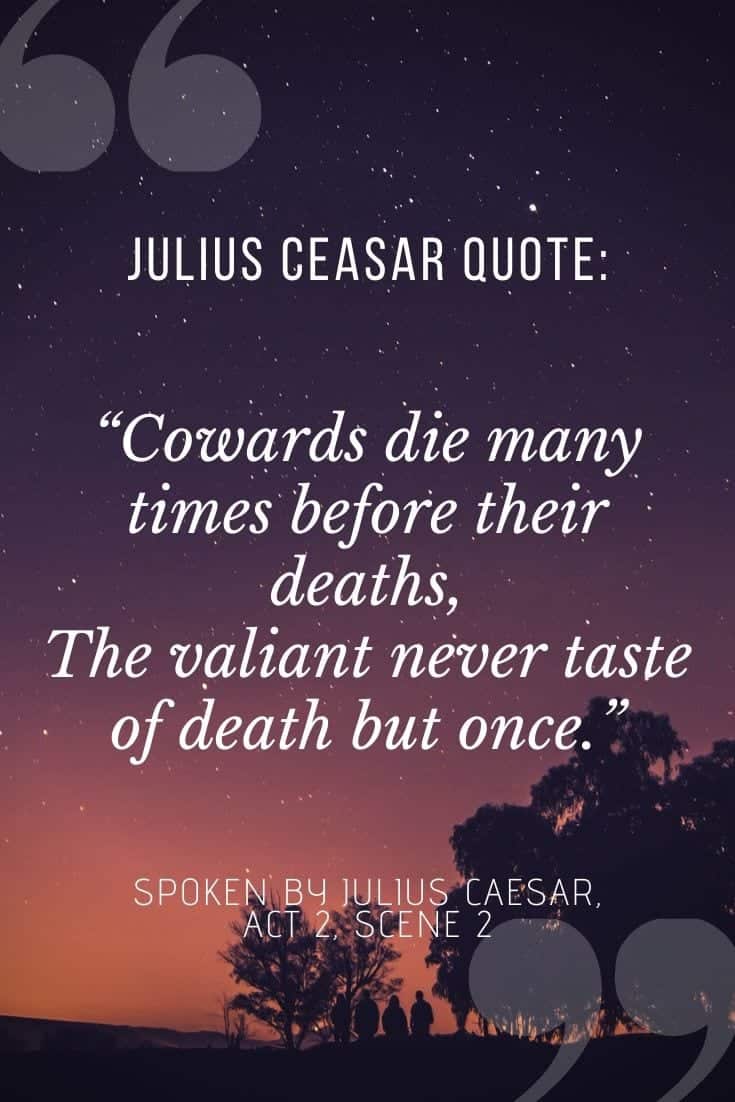