The phrase ‘pomp and circumstance’ is one of the many that Shakespeare first coined – or at least was the first to put down in writing. It appears in Act 3 scene 3 of Othello. The General, mourning what he sees as the loss of his glorious military occupation, says:

Othello, in common with the Renaissance people of his time, would have considered the pomp and circumstances of his profession as the positive duties of his exalted rank. It’s a very familiar phrase in our culture. It’s usually dismissive, a statement of excessive ceremony, leading to notions of an outdated patriotism.

What does Pomp and Circumstance mean in the modern world?

There is also a literal meaning of the phrase. When we talk about pomp and circumstance today we are referring to a formal occasion in which all the traditional elements of that kind of occasion are observed. For example, a wedding, in a church, with white bridal dress, bridesmaids, a wedding breakfast with speeches and toasts, and so on, would bring all those traditional elements into the occasion and we would call that pomp and circumstance.

Other occasions that lend themselves to the inclusion of traditional formalities would be things like graduation, award ceremonies in international sport, miliraty parades, royal coronations, state funerals and so on. 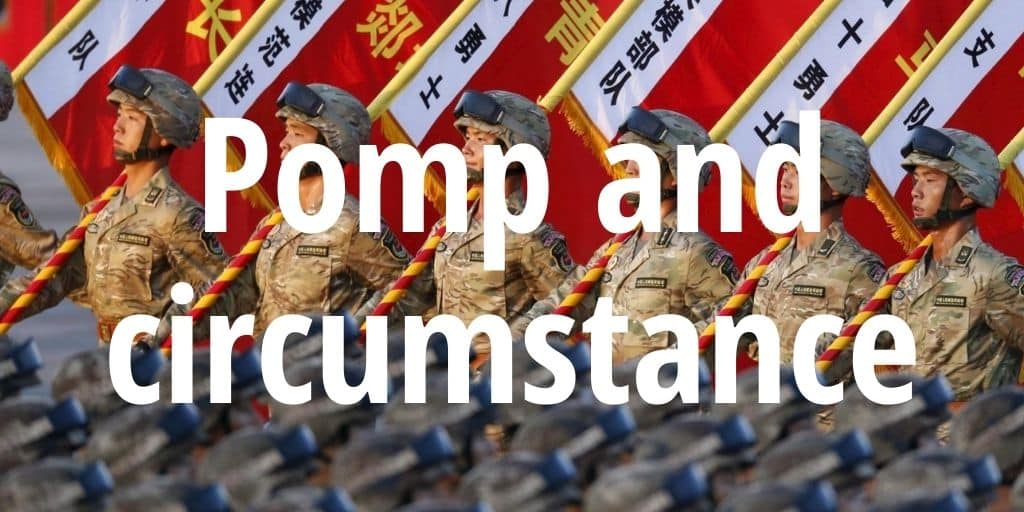 ‘Pomp and Circumstance’ at a Chinese military parade.

In our ordinary everyday life we have less and less formality and we have dispensed with a great number of the features associated with the pomp and circumstance of the past, such as the abandonment of neckties and suits when we dress up, in favour of casual outfits, calling employers and other senior people by their first names, and so on.

The idiom – Pomp and Circumstance

American use of Pomp and Circumstance

In the United States ‘pomp and circumstance’ refers to graduation ceremonies from high school or university. That is because British composer, Edward Elgar’s Land of Hope and Glory from his Pomp and Circumstance March Number 1 is played at graduation ceremonies. ‘Land of Hope and Glory’ is a popular patriotic British song, usually sung at the London musical festival, The Proms.

Written in 1902, the work was first played at a graduation ceremony in the United States at Yale in 1905. Elgar’s American friend Samuel Sanford, a Yale professor of Applied Music, invited Elgar to the New Haven, Conn. to receive an Honorary Doctorate of Music. The New Haven Symphony Orchestra played “Pomp and Circumstance March No. 1” to wind the graduation ceremony up with.

The work was so stirring, emotional and patriotic-sounding that other prominent universities such as Princeton, Chicago, Columbia, Vassar, and Rutgers began to play the work in their graduation ceremonies. That tradition caught on fast, and spread. Today no graduation procession marches to anything else. 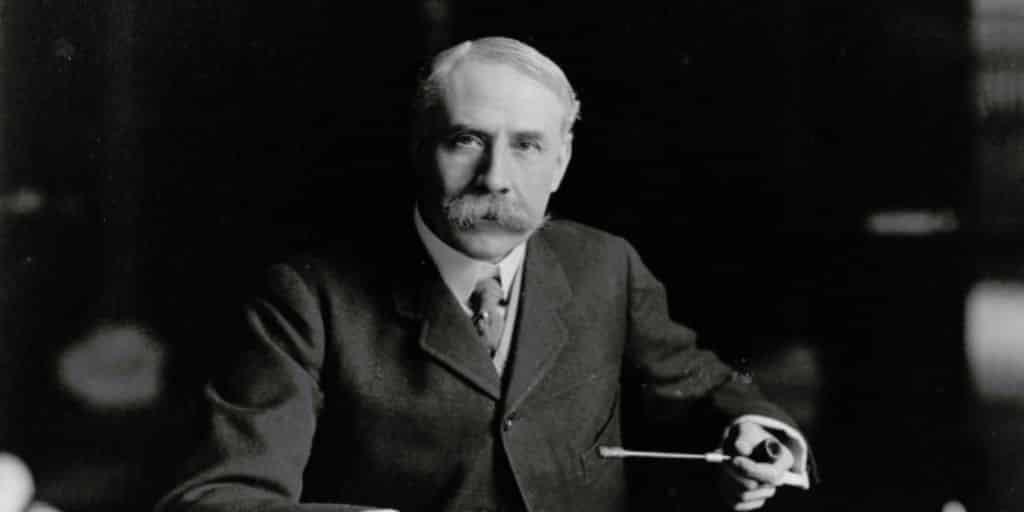