The Comedy Of Errors Quotes

Read on below for the most well known and significant The Comedy of Errors quotes:

For we may pity though not pardon thee.

Hopeless and helpless doth Egeon wend,
But to procrastinate his lifeless end.

I to the world am like a drop of water
That in the ocean seeks another drop,
Who, falling there to find his fellow forth –
Unseen, inquisitive – confounds himself.

There’s none but asses will be bridled so.

Fie, brother, how the world is changed with you!

Every why hath a wherefore.

Am I in earth, in heaven, or in hell?
Sleeping or waking, mad or well-advised?
Known unto these and to myself disguised?
I’ll say as they say, and persever so,
And in this mist at all adventures go.

O, villain, thou hast stol’n both mine office and my name:
The one ne’er got me credit, the other mickle blame.

If everyone knows us and we know none,
‘Tis time, I think, to trudge, pack and be gone.

Ill deeds is doubled with an evil word.

O, train me not, Sweet mermaid, with thy note
To drown me in thy sister’s flood of tears.

Sing, Siren, for thyself, and I will dote.

I buy a thousand pound a year! I buy a rope!

Marry, he must have a long spoon that must eat with the devil.

Sure these are but imaginary wiles,
And Lapland sorcerers inhabit here.

The venom clamors of a jealous woman
Poisons more deadly than a mad dog’s tooth.

I see we still did meet each other’s man,
And I was ta’en for him, and he for me,
And thereupon these errors are arose.

We came into the world like brother and brother,
And now let’s go hand in hand, not one before another.

Are we missing any great The Comedy of Errors quotes? Let us know in the comments section below. 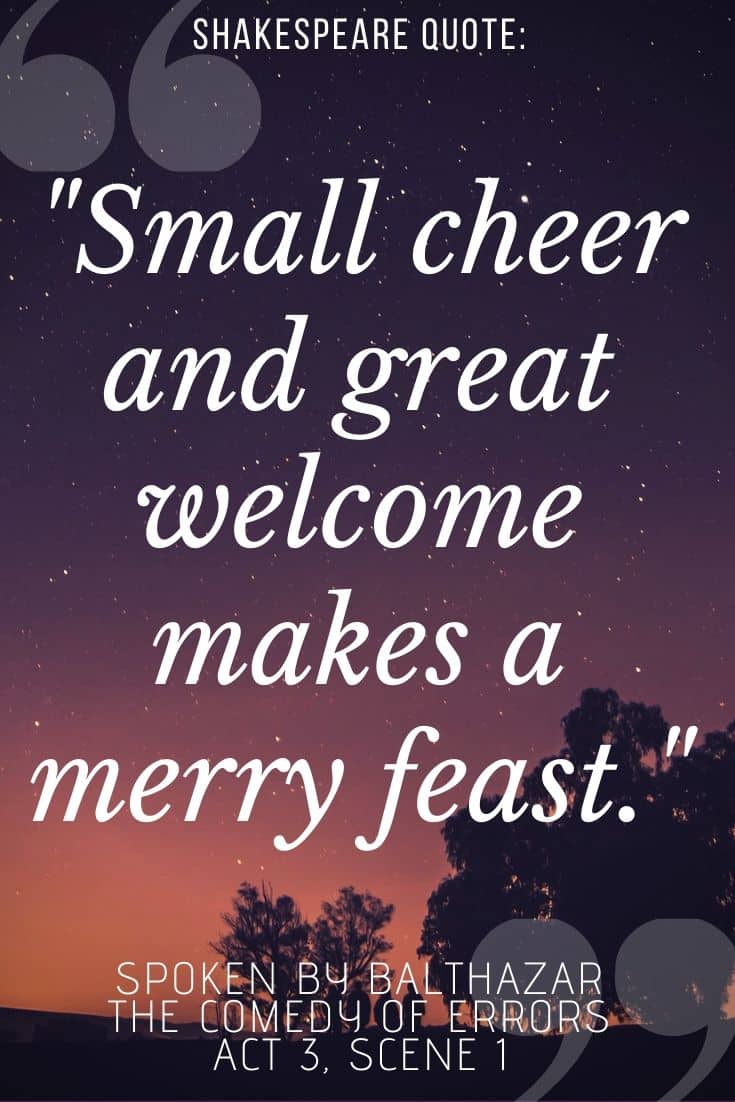