“Kill with kindness” is an idiom used by Shakespeare that means to overwhelm someone with over-indulgence. It can mean that in itself but can also imply that someone can be harmed, inconvenienced, or bothered by being treated with excessive favour or kindness.

Example: “As I lie here in bed my neighbour is bringing me food all day long when all I want is to be left alone. Soup, fruit, chocolates – she’s just killing me with kindness.”

Origin of “kill with kindness”

When the exploration of the earth’s various continents got underway in the fifteenth and early sixteenth centuries the study of animal behaviour became an important scientific activity.

Scientists were particularly interested in chimpanzees because of their apparent similarity to human beings. They noticed that female chimpanzees, like female humans, were particularly attentive to their babies, cuddling them, holding them close. That sometimes led to unintended injuries or smothering of the infants. That was seen as killing them with an excess of love and the saying “to kill with kindness as fond apes do their young” sprang up to describe the phenomenon. That became the idiom, “kill with kindness,” and used in the metaphorical sense. 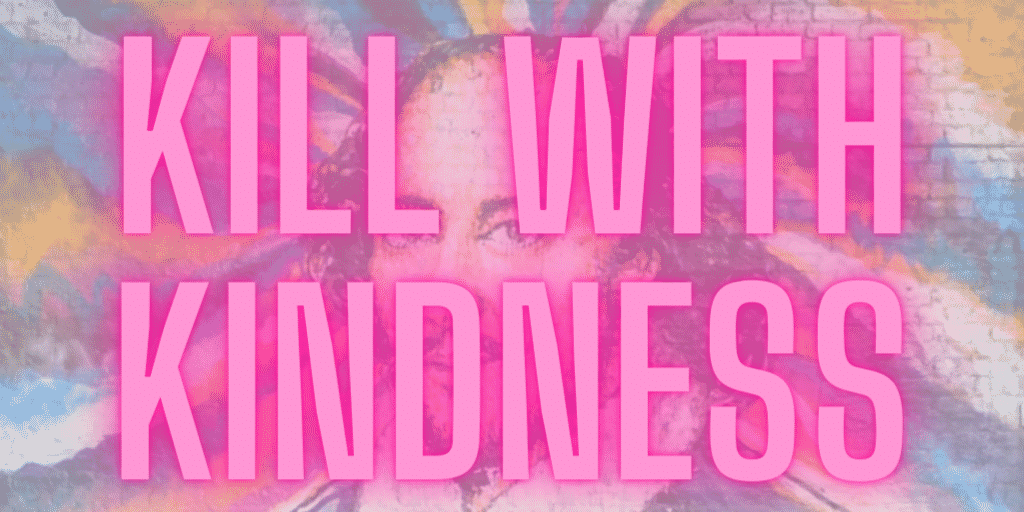 Shakespeare’s use of “kill with kindness”

Of course, once used by Shakespeare the idiom was picked up and has become a well-used idiom in everyday English.

The saying appears in The Taming of the Shrew. A Padua merchant has two daughters, Kate and her younger sister Bianca. No one can marry the beautiful Bianca until her older sister, Kate, has found a husband. The problem is that Kate is a difficult woman who doesn’t want to get married and, in any case, all the men who know her shrink back in horror at the thought of having her as a wife: she is sharp-tongued, disobedient, and ever ready to taunt and defy whoever crosses her. In short, she is a shrew. As for Bianca, it looks as though she will never marry.

A wealthy bachelor, Petruchio, arrives in Padua to visit his friend, Hortensio, who is madly in love with Bianca, but it seems an impossible situation, which he describes to Petruchio. He also tells Petruchio that the girls’ father Baptista, is offering a large dowry for Kate.

Petruchio is a man of experience, a man of the world, and, attracted both by the money and the challenge of marrying a shrew and taming her in the way wild animals are tamed, he offers himself as a husband. His proposal is accepted and he begins taming her. He explains to Hortensio how he is doing that – using the method he employs in training hawks:

Thus have I politicly begun my reign,
And tis my hope to end successfully
My falcon now is sharp and passing empty;
And till she stoop she must not be full-gorged,
For then she never looks upon her lure.
Another way I have to man my haggard,
To make her come and know her keeper’s call,
That is, to watch her, as we watch these kites
That bate and beat and will not be obedient.
She eat no meat to-day, nor none shall eat;
Last night she slept not, nor to-night she shall not;
As with the meat, some undeserved fault
I’ll find about the making of the bed;
And here I’ll fling the pillow, there the bolster,
This way the coverlet, another way the sheets:
Ay, and amid this hurly I intend
That all is done in reverend care of her;
And in conclusion she shall watch all night:
And if she chance to nod I’ll rail and brawl
And with the clamor keep her still awake.
This is a way to kill a wife with kindness;
And thus I’ll curb her mad and headstrong humor.
He that knows better how to tame a shrew,
Now let him speak: ’tis charity to show.

Shakespeare also adapts and extends the concept of killing with kindness in Hamlet where Hamlet is abusive towards his mother and explains that he “must be cruel only to be kind,” meaning that his cruelty is for her own good – to correct her behaviour.